The Hollywood star has shot down fake baby bump rumours!

Kim managed to hit the beach with her sisters and mother on Tuesday in St. Barts, for a workout in the sun during a family vacation. The clan was accompanied by a trainer, reports a portal. Also Read - Shocking! Kim Kardashian sobs hard post a nasty fight with Kanye West; confesses 'I won’t live with the fighting' on KUWTK

At one point during a chat with her mother Kris Jenner, Kim who wore an all-black fitness ensemble was photographed living up her shirt and revealing her burgeoning bump. Also Read - Hollywood News Weekly Rewind: BTS’ Jungkook helps staff post live shows; David Schwimmer 'Ross' and Jennifer Aniston 'Rachel' were actually crushing on each other 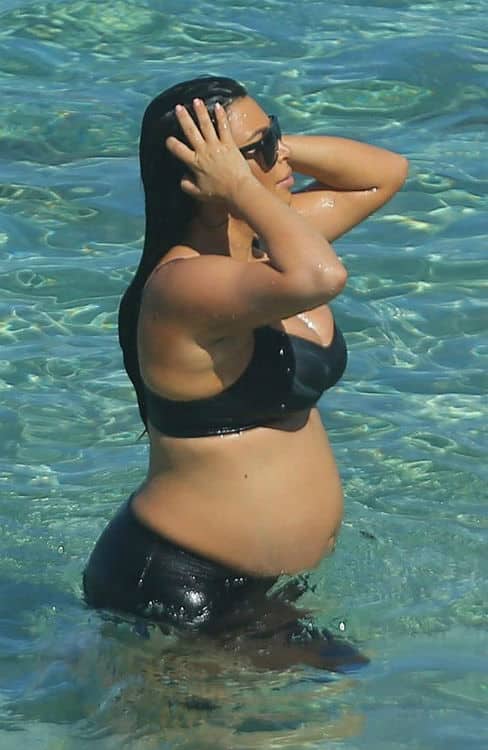 Khloe and Kourtney Kardashian joined Kim for the group exercise. All were seen in an all-black ensemble too.

Kendall and Kylie Jenner, who joined the family trip, were nowhere to be seen during the workout.