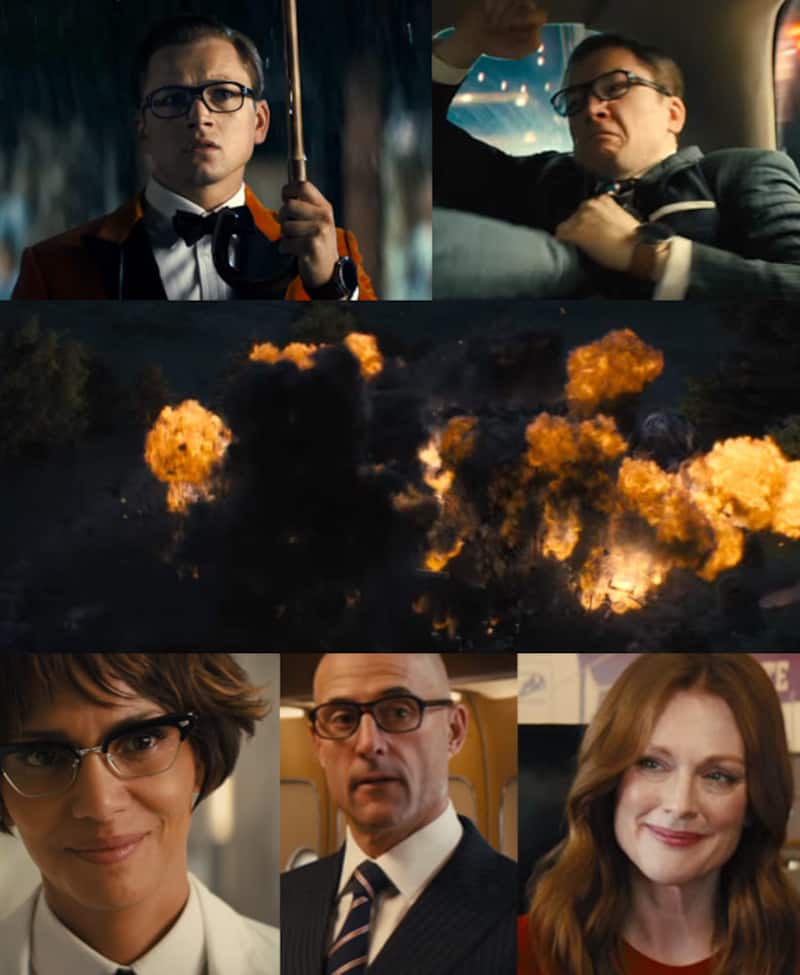 He was dead, wasn't he? The first teaser of Kingsman: The Golden Circle had a surprise for all the movie fans when Harry Hart, played by Colin Firth, makes an appearance towards the end of the teaser, shaving his stubble. Harry Hart had been killed in the first Kingsman movie, after that brilliantly shot insane church massacre scene, by Samuel L Jackson's villainous character. So not just Taron Egerton and Stanley Tucci's characters, even the viewers who are not aware of Firth's return, might be shocked to see him alive, though not with certain changes. Hart seems to have lost an eye, and we are not even sure whether he is the same person. Also Read - Trending Hollywood News Today: BTS picks up two iHearts Radio Music Awards, Jennifer Aniston calls Reese Witherspoon 'partner-in-crime' and more

Anyway, the first teaser for the sequel to 2015's surprise hit Kingsman: Secret Service is out, and it promises all the same zaniness and OTT stunts from the first movie. There are henchmen with bionic arms, explosions, women stripping off, crazy stunts involving walking sticks and too much Britishness. But then to Americanise the plot a bit we have Channing Tatum too playing a spy from the American secret service. The teaser also shows that the Secret Service's headquarters get destroyed by a missile and Egerton's character Eggsy is out to find who is responsible for this. Not sure who is responsible for this, but one thing we can expect is for the movie to kill off a certain US president, known for his radical movies, like how they killed off another US president with an exploding SIM in the last movie. Also Read - Dog movie review: Channing Tatum, his furbaby, their road trip and more reasons not to miss this heartwarming canine flick

Here's the teaser... Also Read - Happy birthday Channing Tatum: Did you know that before stripping in Magic Mike, the birthday boy was a real-life stripper?

Kingsman: The Golden Circle is directed by Matthew Vaughn, and also stars Julianne Moore, Halle Berry, Elton John and Jeff Bridges. The movie is scheduled to release in September.