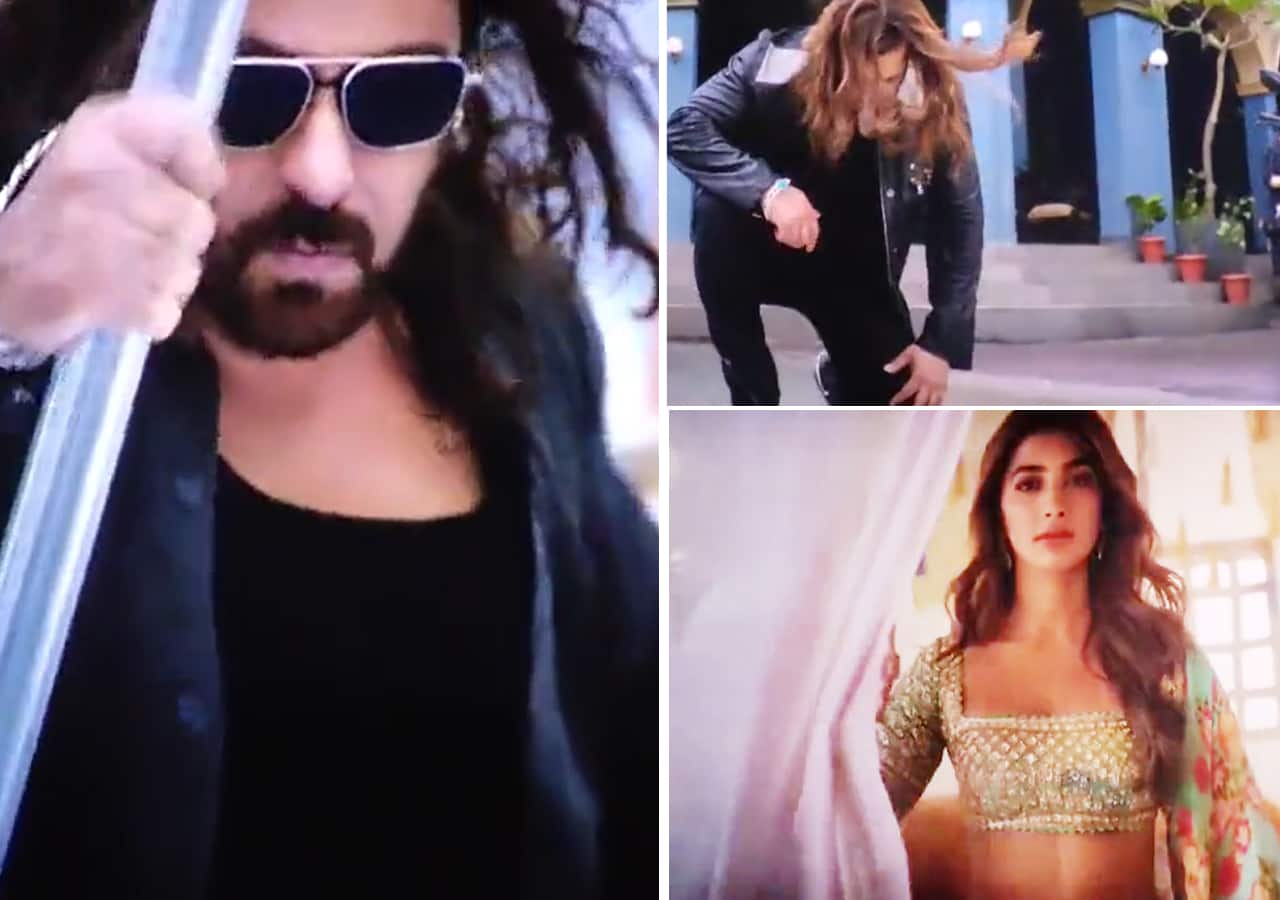 In the one-minute-40-second teaser, Salman is seen riding a bike in a desert and then moving into a metro train. He fights with bad boys and a series of his fighting scenes and stunts will leave you impressed. Salman is also seen romancing Pooja Hegde and their on-screen chemistry seems attention. At the end of the teaser, Salman looks handsome even after he looks drenched in blood. Salman's shirtless scene will surely make females go weak in the knees. Salman after his fight says 'Jab shareer, dil aur dimag mujhse kehte hain 'bas bhai, no more', main kehta hoon 'bring it on'.

Kisi Ka Bhai Kisi Ki Jaan has been in news for some time now. Earlier, the film as titled Kabhi Eid Kabhi Diwali and later Bhaijaan as per reports. Directed by Farhad Samji, the film stars Salman, Pooja, and Venkatesh in the lead roles. The movie also stars Shehnaaz Gill in main role. Bigg Boss 13 fame Shehnaaz will be making her Bollywood debut with Salman's film. Kisi Ka Bhai Kisi Ki Jaan will hit the theatres around Eid 2023.

It seems #KisiKaBhaiKisiKiJaan will be a cross cultured film of north & south...From the teaser, got that kind of vibes ?#KBKJTeaserInTheatres pic.twitter.com/RkobAK0055

Biggest Megastar of indian Cinema #SalmanKhan is back with a Bang.

Honest Confession : I didn't expected.. but it is mass teaser ??? . Blockbuster written every where. The BG sound.. Goosebumps.

Here you go for #KisiKaBhaiKisiKiJaan's teaser ?

The perfect teaser cut and amazing screen presence of everyone! If the story is well written and visualised then it is impossible to stop this film becoming BLOCKBUSTER ✌️#SalmanKhan #ShehnaazGiIl #KisiKaBhaiKisiKiJaanTeaser pic.twitter.com/sxqA0PVsJD

#Pathaan is totally selling under #SalmanKhan's name.. Don't be surprised if it does wonders at the Box office ? #KisiKaBhaiKisiKiJaan #Tiger3 pic.twitter.com/g7OGv5bJOX