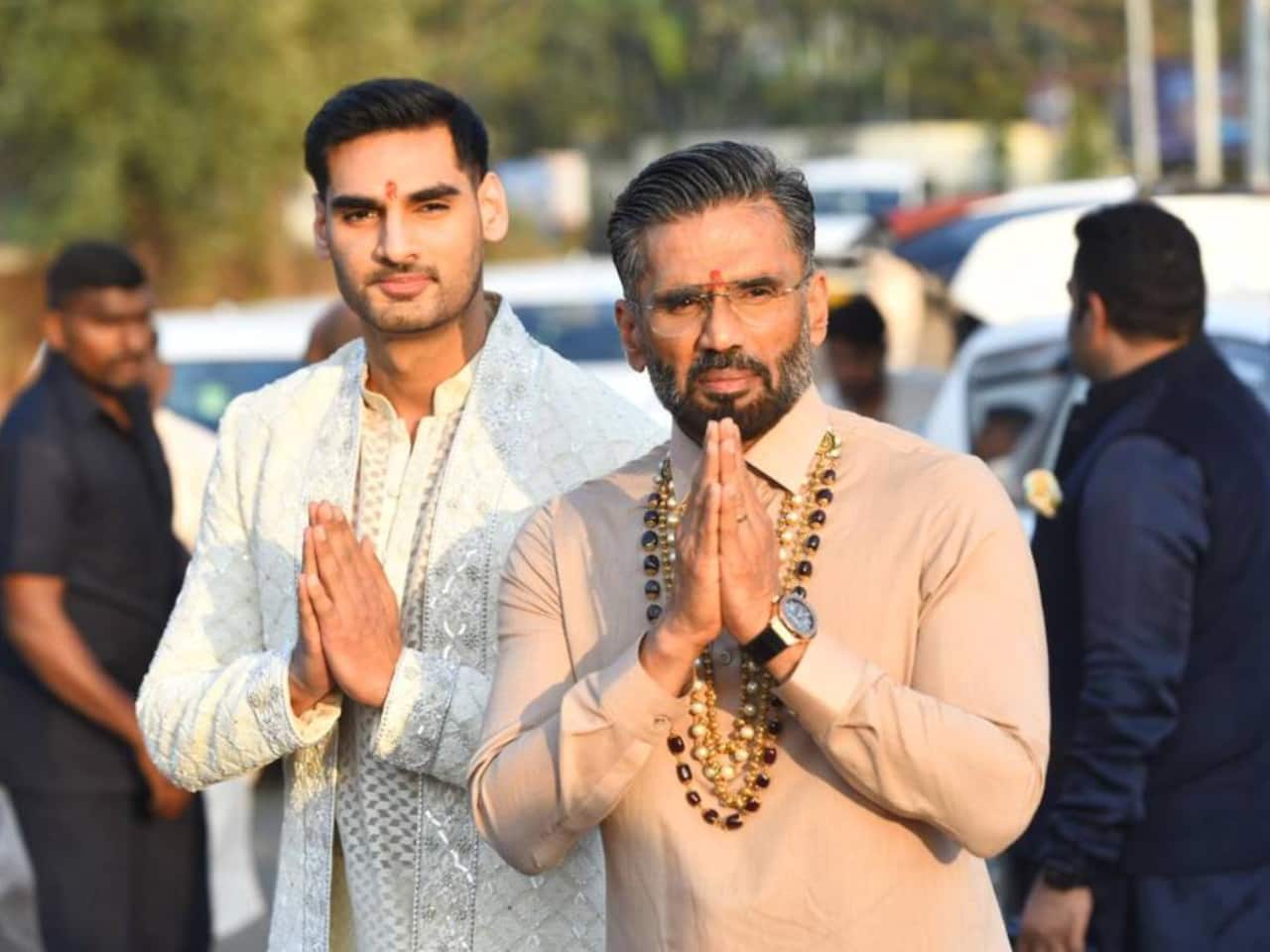 Bollywood actress Athiya Shetty tied the knot to her long-time boyfriend Indian cricketer KL Rahul. The duo is now officially husband and wife. Everyone is eagerly waiting to see the pictures of the newlyweds. But before that picture of Suniel Shetty and Ahan Shetty have come out. Also Read - KL Rahul-Athiya Shetty Haldi pictures get leaked? Check pics and truth behind the viral photos

Post the wedding rituals Athya’s father, a veteran actor Suniel Shetty and her brother Ahan Shetty were spotted outside the venue. After the couple vowed seven sacred rounds around the holy fire and completed other rituals bride’s father and brother attended the media outside. Suniel and Ahan meet the paparazzi outside to distribute sweets. Also Read - KL Rahul, Athiya Shetty wedding: Suniel Shetty wants to be a father and not Father-In-Law to cricketer damaad, 'Woh part main acche se nibhata hoon'

Suniel and Ahan greeted the media outside the wedding venue with folded hands they thanked them. Bride’s father Suniel Shetty wore a beige colour loincloth with a same colour kurta accessorizing it with a beads necklace. While Ahan Shetty donned a pure white kurta set with a jacket. The two stole the show looking dashing. It is now awaited how gorgeous the bride must be looking and the groom must be stunning complementing his new wife. Also Read - KL Rahul-Athiya Shetty sangeet: Couple, their family and friends groove to Pathaan songs, Salman Khan, Kartik Aaryan numbers [Watch Video]

As the media congratulated Anna he informed that the wedding was a close affair among a few family members. Adding that he told that the functions were done beautifully and the wedding is now official. Suniel proudly said that he is now a father-in-law but hopes to be a father to KL Rahul as he plays that role better. Further, he distributed sweets sharing the happy moment of his life, the wedding of his daughter, and his son Ahan helped him in the kind act.

The highly talked wedding of the town currently, Athiya Shetty KL Rahul wedding, took place at Suniel Shetty’s Khandala farmhouse. The bride wished her special day should be away from city chaos and hence opted for farmhouse as wedding venue. Following Vicky Katrina's wedding Athiya and K.L. Rahul also levied a no-phone policy. The duo fell in love when met through a common friend in 2019.