Athiya Shetty tied the knot with her cricketer boyfriend KL Rahul at father Suniel Shetty's farmhouse in Khandala. It was one emotional moment for Suniel Shetty. 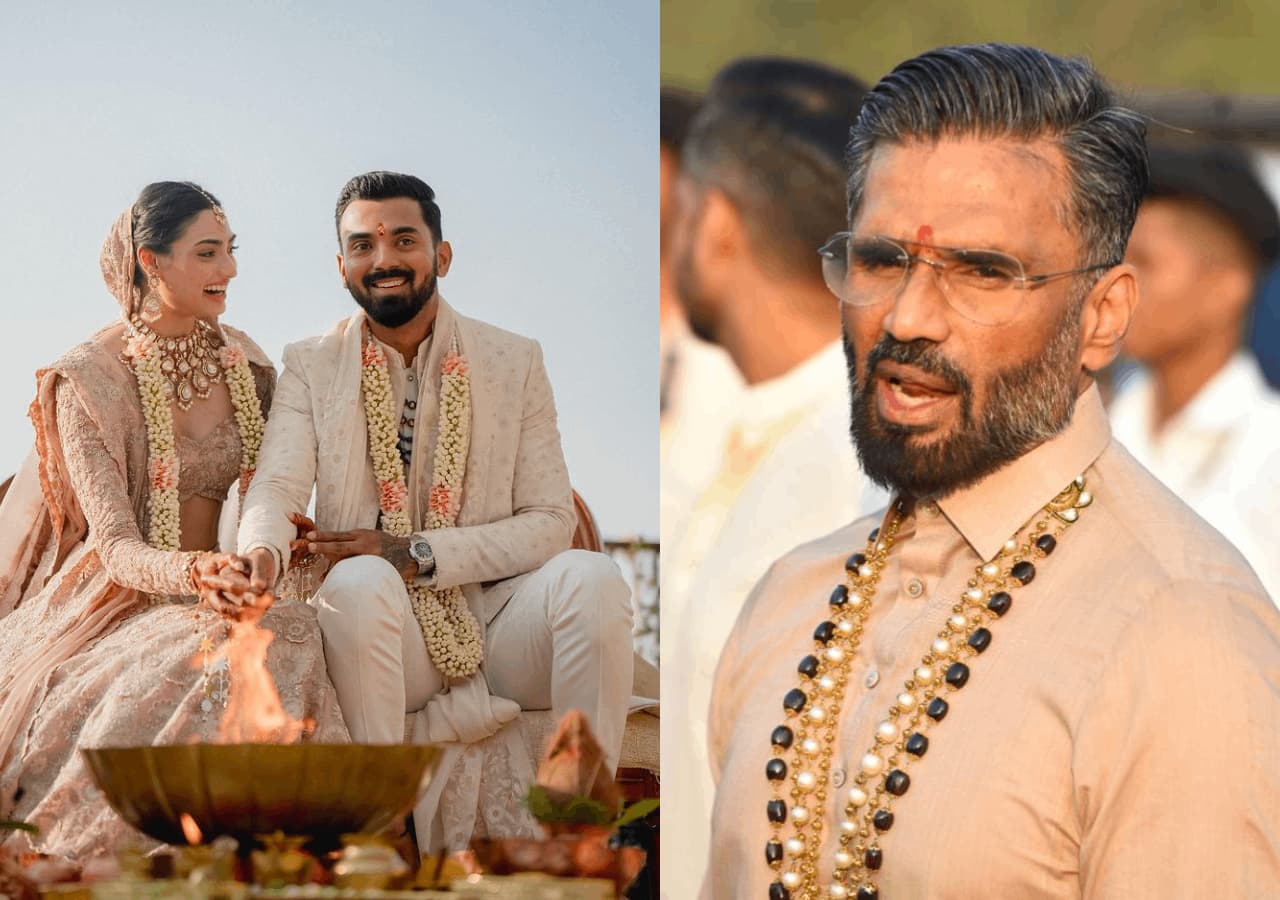 Athiya Shetty and KL Rahul are the newest married couple on the block. They tied the knot at Suniel Shetty's farmhouse in Khandala. It was a small and intimate wedding ceremony with only a handful of people invited as guests. The wedding details, looks and more were kept under wrap, however, paparazzi did get a glimpse of the decor of the venue. Now, they are finally hitched and Suniel Shetty is definitely the happiest. He is now a father-in-law and his happiness sees no bounds. Also Read - Athiya Shetty, KL Rahul first official wedding pics out: Latest husband and wife look nothing short of a match made in heaven [VIEW HERE]

An industry insider present at the wedding told us that Suniel Shetty was quite emotional during the pheras. Every father finds his daughter's wedding as the most emotional moment and Suniel Shetty is no exception. He was in tears as Athiya Shetty took her pheras with KL Rahul and vowed to live life together. The source told us, "Suniel had this very cool Anna image. But he is also a very emotional person and a doting father. It was heartening to see him happy and at the same time tear up to see his little daughter become a bride. He was emotional all through the pheras." Also Read - KL Rahul-Athiya Shetty Haldi pictures get leaked? Check pics and truth behind the viral photos

The source further said that Suniel Shetty was the busiest person at the wedding, after all it was his daughter's wedding. He took care of everything. From arrangements to greeting the media - he managed all. Source said, "He looked after everything himself and ensured that everybody attending the wedding, inside and out, were comfortable and taken good care of. The father in him truly took over and he played the perfect host." Also Read - KL Rahul, Athiya Shetty wedding: Suniel Shetty wants to be a father and not Father-In-Law to cricketer damaad, 'Woh part main acche se nibhata hoon'

Suniel Shetty also distributed sweets among the media post the wedding and spoke about becoming a father-in-law. He said that he is a father as he is welcoming son into his family.

We wish the couple a happy married life.