On Koffee With Karan 7, Arjun Kapoor was asked who would be drunk AF when on a vacation. Surprisng or not, he chose Ranbir Kapoor. Read on to know more. 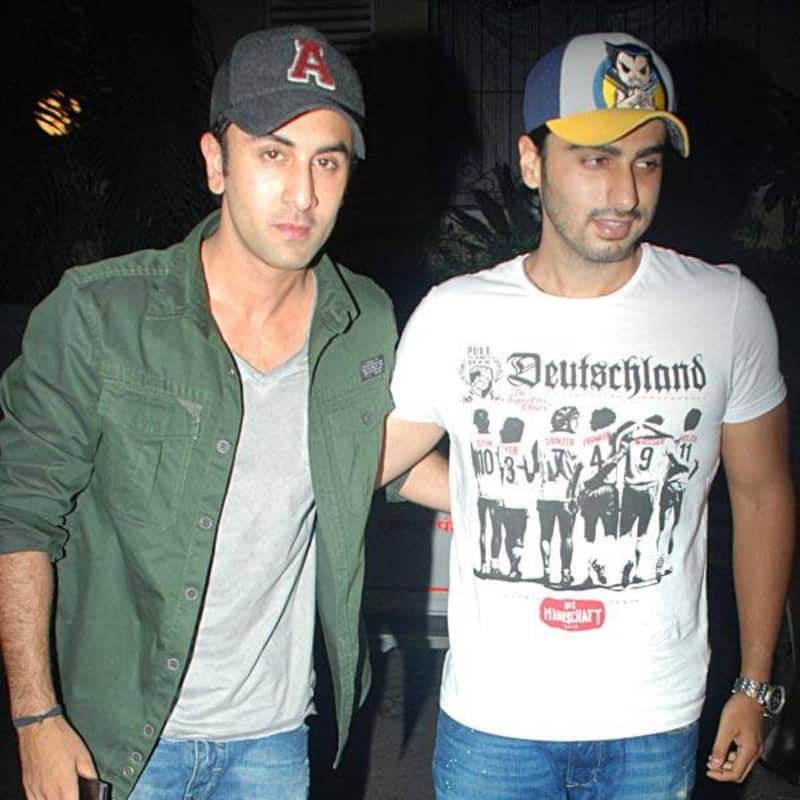 Koffee With Karan 7 is making a lot of noise among the masses. From Karan Johar getting trolled to guests being their candid best, Koffee With Karan 7 is all over social media. The latest guests on the show were Sonam Kapoor and Arjun Kapoor. The cousins were on fire as they took up the hot seat opposite Karan Johar. Sonam and Arjun had a ball of a time answering all the juicy and sizzling questions thrown by the host. Rapid fire round of course was the best! During the session, there was a mention of alcohol and Ranbir Kapoor. Also Read - Karan Johar breaks silence on not being invited to Katrina Kaif and Vicky Kaushal's wedding: 'It got very embarrassing...'

Karan Johar asked Arjun Kapoor, 'If you are on a vacation with friends, who will be obsessed with selfies?' To this, he said Varun Dhawan and mentioned that he would be promoting even while on vacation. Later, he was asked who would be flirting with strangers and he picked Aditya Roy Kapur. The next question was, 'who would be drunk AF?' Arjun Kapoor picked Ranbir Kapoor and said, 'Of late he has been living upto the Kapoor surname.' Well, this reminds us of Ranbir Kapoor's interview when he spoke about the men in the Kapoor family being fond of alcohol. Also Read - Ranbir Kapoor birthday bash: Alia Bhatt's sister Shaheen Bhatt, Karan Johar and others arrive at his Bandra house [View Pics]

In 2016, Ranbir Kapoor in an interview with Vogue spoke about drinking. He had stated that he is not addicted to it but when he starts he cannot stop it. His quote read, "I don’t have a drinking addiction but yes I have a tendency to drink a lot. When I start, I don’t stop. I guess it’s in my blood, you know my family is.. They are all very fond of alcohol. So, yes it’s in my genes to drink." He had also mentioned that he had seen his family members suffering from drinking problems and things going the wrong way. He said that he is very well aware of his drinking problem as it runs in the genes. It was not very long ago that Ranbir Kapoor was even trolled and fans assumed him to be 'drunk' as he picked Alia Bhatt from the airport. Also Read - Ranbir Kapoor Birthday: Brahmastra star's dating history with Deepika Padukone, and Katrina Kaif before finding his 'forever' with Alia Bhatt [Watch Video]

But now that the actor is going to be a father soon, he seems to have everything under control. During the promotions of Shamshera, he stated that he wants to work hard for his family.

It's not just Ranbir Kapoor who has spoken about Kapoor men being addicted to alcohol. In one of the interviews, Rishi Kapoor had mentioned that he loved his alcohol but it could lead to problems. To Filmfare, he said, "I enjoy my alcohol. But it can turn into a problem at times. I love food. And I don't get my kind of food at home. So I have to cheat outside." In fact, Ranbir Kapoor once revealed that his father tricked doctor and wife Neetu Kapoor to believe that he needed two drinks every night to go off to sleep. Talking about Randhir and Rajiv Kapoor, the former had revealed that his last conversation with the latter before he passed away was about alcohol. As reported by Yahoo, he said, "I met Rajiv at 2 am that night. I’d returned home at 1.30 am. The light was on in his room. He was drinking. I told him, 'Stop drinking! Have your dinner and go to sleep.' That was my last conversation with him. My nurse woke me up the next morning to inform that Rajiv was not responding and his pulse was falling. Immediately, we took him to the hospital. Within an hour he was no more."