Koffee With Karan 7 finale: Karan Johar gets massively trolled for his Alia Bhatt obsession; gets compared with her character in Brahmastra

Koffee With Karan 7 finale: Karan Johar once again trolled for his obsession with Alia Bhatt and this time he invited people to roast him; don't miss the fun. 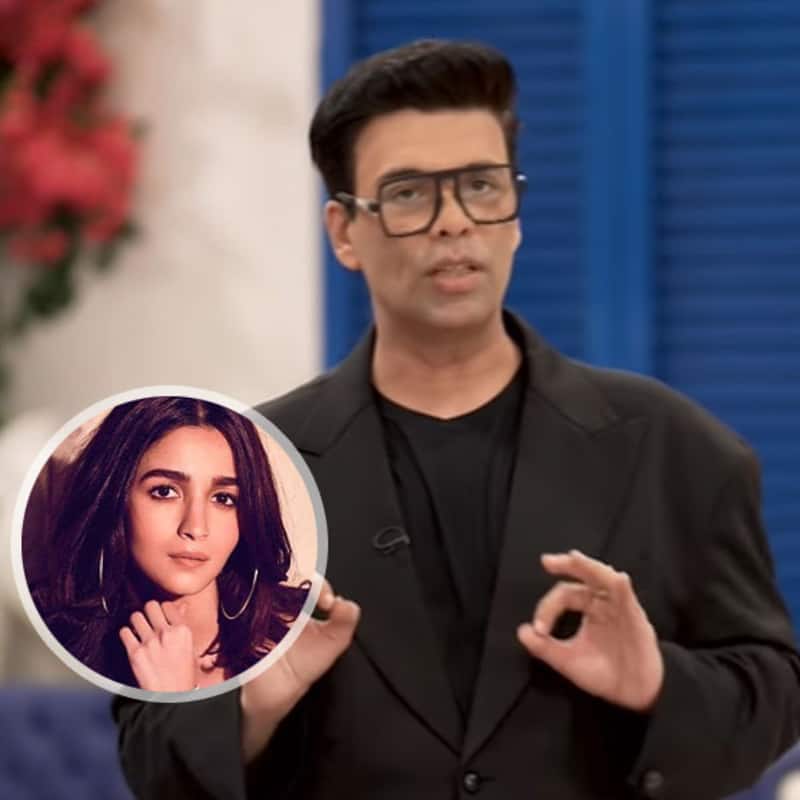 Karan Johar's Koffee With Karan 7 is coming to an end on an interesting note. Kudos to Karan who bares it all as he dares to laugh at himself. He has invited 4 popular comedian influencers and asked them to roast him. In the promo, you can see Karan asking one of the influencers if he talks much about Alia Bhatt in the show as he has been allegedly doing the same every time. While he got the reply in the most hilarious way possible. Danish took a dig at him saying,"I recently watched Brahmastra where Alia keeps saying Shiva Shiva, and in the same way you do that in your show." Oh Boy, it takes guts! Also Read - IMDb Most Popular Indian Stars of 2022: Dhanush tops the list, followed by Alia Bhatt, Aishwarya Rai Bachchan and Samantha Ruth Prabhu

Karan Johar later was quizzed about his breakup by Kusha and he added that Varun Dhawan is a sweetheart. Karan later reveals that Varun gets to know about his break-up by default and yes he was indeed very supportive. To which Tanmay Bhatt who is known to be sassy, asked him if he was dating David Dhawan. Another woman Niharika was keen to know who is the person Karan just broke up with. Karan is seen getting stressed by all these questions as the filmmaker gets a taste of his own medicines. He too indulges too much in everyone's personal lives and that is the reason lots of celebrities refused to come on the show. Also Read - Here’s how Alia Bhatt is working hard to get back in shape post birth of daughter Raha Kapoor [Watch Video]

Karan has surely invited trouble for himself by inviting these four comedians on the show, but it will be definitely be an entertaining watch for all the viewers. A few fans of KWK are already sulking that the seventh season is coming to an end. The show started with Alia Bhatt and Ranveer Singh, and now it looks like it will end with Danish, Kusha, Niharika, and Tanmay. Also Read - Year-ender 2022: Ranbir Kapoor-Alia Bhatt, Nayanthara-Vignesh Shivan and more celebrity weddings that ruled headlines over the year