There were discussions that Vijay Deverakonda will be gracing Koffee With Karan 7 either with Rashmika Mandanna or Ananya Panday. It is now certain that Vijay will make his Koffee debut with his Liger co-star Ananya on Karan Johar's show. 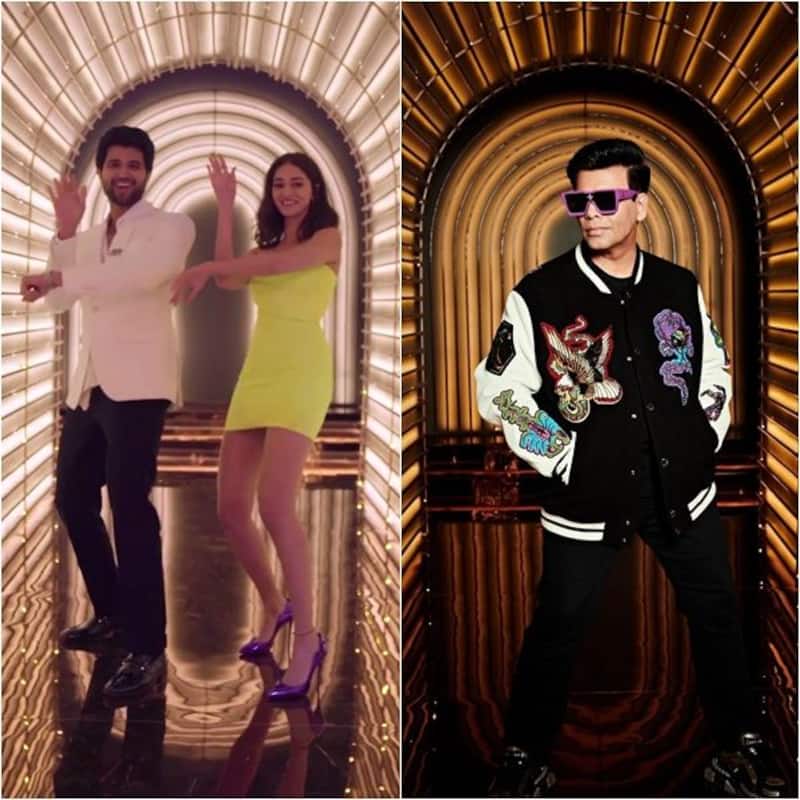 Earlier this month, Karan Johar had stated that the seventh season of the hugely popular chat show, Koffee With Karan, will return this time on the streaming medium. The filmmaker revealed that the show will see some of the biggest stars of the country gracing the couch as the fight for the iconic coffee hamper will only get fierce in the new season. There were discussions that Vijay Deverakonda will be gracing the show either with Rashmika Mandanna or Ananya Panday. It is now certain that Vijay will make his Koffee debut with his Liger co-star Ananya on Karan Johar's show. Also Read - Liger: Vijay Deverakonda channelises his inner Raj from DDLJ as he carries Ananya Panday in sarson ka khet, drives a tractor and drinks lassi [View Pics]

Ananya, who has been making a lot of public appearances with Vijay lately, recently shared an Instagram reel wherein the two were seen performing the hook step of JugJugg Jiyo song Naach Punjaanban. But what grabbed everyone's attention was the platform they were matching steps on. One glance at Karan's post and one could easily make out that it is a similar background. Also Read - From disrespecting Hina Khan, Helly Shah for their Cannes appearance to calling Nayanthara a lesser star; 5 times Karan Johar proved he needs to think before he speaks

"The biggest movie stars from across India will return to the couch to spill the beans while drinking some koffee. There will be games, there will be rumours put to rest -- and there will be conversations that go deep, about love, loss and everything we've all been through over the last few years. Koffee With Karan, 'steaming' soon, only on Disney+ Hotstar. Toodles!" read Karan Johar's note about his show.