Koffee with Karan 7: Ranveer Singh takes a dig at Alia Bhatt after she makes a blunder when asked about her marriage with Ranbir Kapoor

Koffee with Karan 7: Ranveer Singh takes a dig at Alia Bhatt and it's connected to her marriage with Ranbir Kapoor 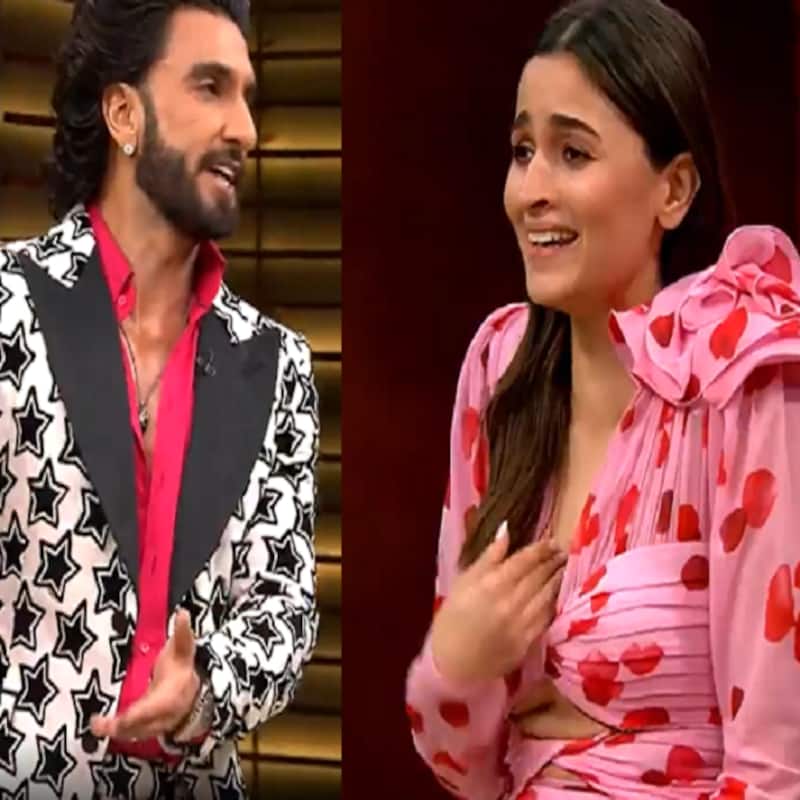 Koffee With Karan season 7 first guests will be Alia Bhatt and Ranveer Singh and the teaser is making everyone get all excited about the entire episode. While one cannot keep calm over Alia's suhaagraat statement, she made a blunder again in her excitement to win the hamper. What do you ask? Well, if you see the trailer carefully, Alia and Ranveer were seen giving tough to each other in the game where Karan asks Mrs Kapoor to talk about her marriage in 30 seconds. Without understanding the questions, she jumps up to the answer and says. " When Karan Johar will get married..." before she completes Karan laughs off and says, are to my marriage, your marriage. Tow huh Ranveer takes a hilarious in at her calls her 'Genius Of The Year". Also Read - Kaun Banega Crorepati 14: Besides Aamir Khan, Ranbir Kapoor, Alia Bhatt and more Bollywood stars set to appear as guests on Amitabh Bachchan's show

Oh boy, no, Alia not again Alia Bhatt faced a lot of trolling for her very first appearance in Koffee With Karan where she had named the Maharashtra Chief Minister Prithviraj Chauhan and since then the diva has been considered s blond by the netzines. However Alia has come a long way, she was just kiddo who started and was excited about anything and everything, but now the girl thinks twice when she makes any statement. But this Karan Johar's show keeps the celebrities on fire and they talk without filter and using much of their brain, especially Alia. Having said that Alia is indeed admirable ad this is why she is loved by her fans. Also Read - Friendship Day 2022: Shah Rukh Khan-Salman Khan, Sanjay Dutt-Arshad Warsi and more Bollywood actors who became friends after working together in a film

Alia and Ranveer will be seen on the couch for the first time it will be interesting to see who wins the hamper. Alia and Ranveer will be seen next in Rocky Aur Rani Ki Prem Kahani directed by Karan Johar. The filmmaker will be directing lost after 6 years, his last film was Ae Dil Hai Mushkil along with Ranbir Kapoor. Also Read - Urfi Javed's fashion statements: Ranveer Singh, Chahat Khanna and more – here's how celebs reacted to the Bigg Boss OTT fame's bold looks