Koffee with Karan 7 trailer: Did Sara Ali Khan just take a dig at Kartik Aaryan as everybody's ex with Janhvi Kapoor by her side? 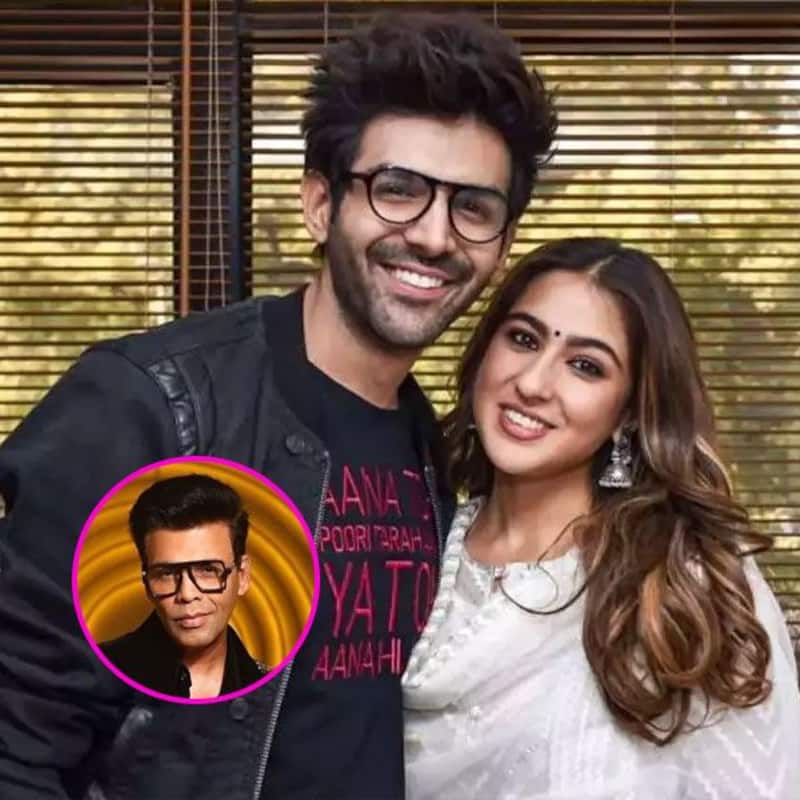 Finally, the trailer of Koffee with Karan 7 is out. In the trailer, we have quite a few moments where Ranveer Singh has discussed his sex playlist while Tiger Shroff has revealed that he goes commando quite often. Koffee with Karan 7 has some new pairs like Varun Dhawan - Anil Kapoor, Ranveer Singh - Alia Bhatt, Akshay Kumar- Samantha Ruth Prabhu and others. Koffee with Karan 7 also has Vijay Deverakonda, Ananya Panday, Sara Ali Khan and Janhvi Kapoor. The trailer has the right dose of drama, humour and naughtiness with the celebs being candid. Shahid Kapoor was asked about what he missed after his marriage with Mira Kapoor. Also Read - Karan Mehra-Nisha Rawal marital saga: After BFF Rohit Verma's interview, fans comment that their divorce should be televised like Johnny Depp-Amber Heard

It's edgy? It's spicy? It's playful?
It's all of the above - catch a sneak peek into some of the guests making this season the hottest one ever!#HotstarSpecials #KoffeeWithKaran S7 new season starts 7th July only on @DisneyPlusHS @apoorvamehta18 @jahnvio @aneeshabaig @Dharmatic_ pic.twitter.com/sJv9NeZzuf

In the clip, we can hear Sara Ali Khan referring to an ex who seems to be the ex of everyone. We wonder whom is she talking about? As we know, Bhool Bhulaiyaa 2 heartthrob Kartik Aaryan has been linked to Ananya Panday, Janhvi Kapoor and Sara Ali Khan. In fact, his alleged affair with Sara Ali Khan grabbed a lot of eyeballs. They were rumoured to be dating for close to eight to nine months. It supposedly started during the prep of Love Aaj Kal 2. Also Read - BTS Photo Folio: After Jungkook, Kim Namjoon aka RM's preview wows ARMY; Bangtan leader's concept of entirety is as profound as him

After that, he was linked to Ananya Panday during the making of Pati Patni Aur Woh. Paps spotted Ananya and him on dinner dates. But they dismissed all the gossip saying they are just good buddies. During end of 2021 and 2022, it was said that Janhvi Kapoor and Kartik Aaryan were in a relationship. The two reportedly rang in the New Year together. However, they split soon after, and it affected Dostana 2 if gossip is to be believed. Also Read - Kim Kardashian, Khloe Kardashian, Kylie Jenner and Kendall Jenner's HOTTEST bikini and bodycon looks – be sure to view pics in PRIVATE