Koffee With Karan: Abhishek Bachchan goes gaga about wifey Aishwarya Rai Bachchan's onscreen chemistry with this actor and you will be surprised with his choice. 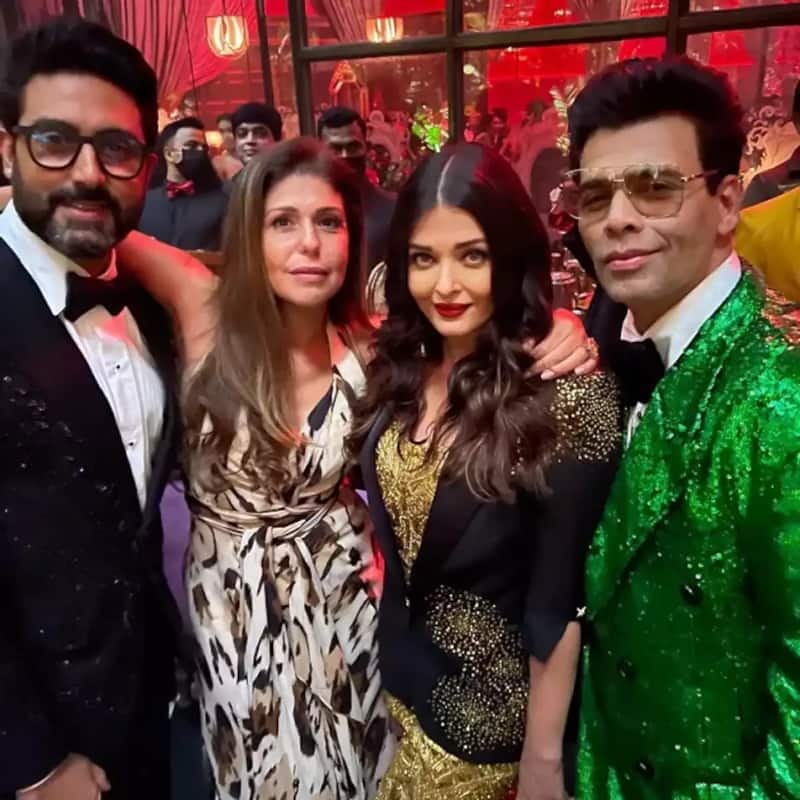 Karan Johar's most loved show Koffee With Karan season 7 is all set to hit the small screen and the fans cannot contain their excitement and are eagerly waiting for the 7th of July. While the wait is getting even more difficult let's take a look at one of the most beloved episodes on the show. Abhishek Bachchan and Aishwarya Rai Bachchan's entry on Koffee WIth Karan was like the cherry on the cake as the couple got candid like never before and they spoke about almost every topic. And one of the highlighted topics was Aishwarya's co-star, and Abhishek was also asked to pick his favourite one for her beloved wife. During the conversation, he said that he found Ash and Rajnikanth's chemistry the best and when asked the reason, he said, "Because he is just the dude, man." Also Read - Pathaan Shah Rukh Khan gets annoyed as a fan tries to hold him; Aryan Khan trends as he turns into a protective shield for his father [WATCH]

He further added, "I have seen Duggu (Hrithik Roshan) and her together, and I think they make a wonderful pair. But unfortunately for both of them…what happens with somebody like Hrithik is that you find him so good-looking, you find it difficult to go past that. And when he is coupled with her, who is also the most sensational-looking person on Earth, it’s very difficult to go beyond the looks and look into the great work that they do. I think, with Shah Rukh, there was raw energy which was very nice and interesting. But, I think, with Rajini uncle, it’s just fantastic. I loved Robot." Well, Abhishek is the most secure husband and expressed that he has no qualms about his wifey working with any actor in the world. Also Read - Koffee With Karan 7: Taapsee Pannu says her s*x life isn't interesting enough to be on Karan Johar's show; 5 times the actress created a stir with her controversial statements

While talking about Abhishek and Aishwarya they have seen together in Guru and their chemistry made the audience fall in love with them. Fans are now eagerly waiting for me do to the film together soon.