Shravan Reddy goes bold for an upcoming short film and we have all the juicy details.

And another actor dares to bare. Remember Aryan from Krishnadasi? Well, the actor has gone completely naked for an upcoming short film. From Rahul Bose to Ranveer Singh in Befikre, men have bared it all and Shravan is the latest one to join the club. We got our hands on one of the pictures from the short film where he is posing naked and all we can say is, kudos! We have seen Shravan in shows like Jersey No 10, Manmarziyan and Krishnadasi. The actor has shot a completely nude scene for Ramman Handa's short film titled Karma. Also Read - Congratulations! Chhavi Mittal is blessed with a baby boy; names him Arham - view pic

When asked about it, Shravan says, “Karma is a word we have heard from the time when were small, from our parents and by those in our surroundings. The concept is probably nothing new or novel, but the narrative and the audience this film is targeted towards, is what made me take up the project. It's made for the audience at film festivals." So what made the actor agree to go fully nude for the scene? He replies, “My director felt it and explained me the character's state of mind and the choice of decisions he would make. Also, it is targeted for the international audience, which is what made me agree to do such a risque scene." (ALSO READ: Jennifer Winget in a bikini top and denim shorts is sexy, killer and everything HOT) Also Read - Chhavi Mittal explains how tenth month of pregnancy is perfectly normal in a long post

Speaking more about the scene, Shravan adds, "As per the relevance of me going full monty, it’s the narrative choice the director made to portray the mind-set of my character which leads to certain actions and decisions that my character would make in the story." On television, Shravan was last seen on the popular show Krishnadasi. About his future projects, something rather exciting is brewing considering the actor is a bit reluctant to share. He says, “I can just say I have been busy with something that I am officially not allowed to talk. But I can say this much that it's not exactly an acting job, but something very new and interesting that I haven't explored yet." Also Read - Krishnadasi to go off-air soon - find out why!

And what kind of roles does he want to do on TV? Shravan replies, “That's a tricky question because, in the TV industry, whatever character you start out with, you end up playing a very different role because of unknown reasons!” Check out his picture right here and post your thoughts in the comments below. 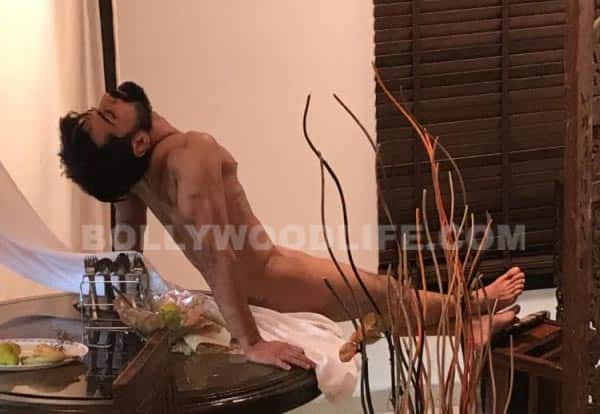