Kriti Sanon: I am very much excited for Mimi because it is the first film that weighs completely on my shoulders

Last year, Kriti Sanon featured in the multistarrer biggie Housefull 4 with Akshay Kumar, and also starred in the multiplex superhit Lukka Chuppi opposite Kartik Aaryan. Her other two films last year, Panipat and Arjun Patiala, may have fared below expectations but her performance in these films were applauded. 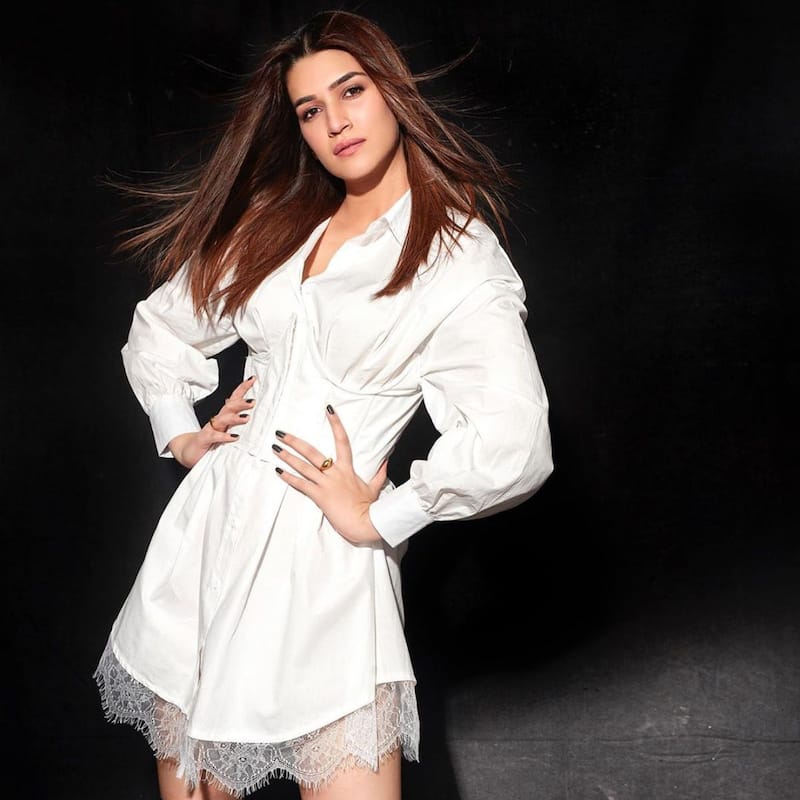 Actress Kriti Sanon made her Bollywood debut five years ago with "Heropanti", and since then has never looked back. Last year, she featured in the multistarrer biggie "Housefull 4" with Akshay Kumar, and also starred in the multiplex superhit "Lukka Chuppi" opposite Kartik Aaryan. Her other two films last year, "Panipat" and "Arjun Patiala", may have fared below expectations but her performance in these films were applauded. Also Read - Adipurush teaser: Saif Ali Khan's look as Raavan fails to impress; netizens drag in Taimur, the invader – Here’s why [Read Tweets]

Kriti feels she is evolving as an actor. "I have definitely evolved as an actor over the years. I had no training in any filmmaking course, and I don't have a film background. Whatever I have learned is on the job. My acting process is very organic and spontaneous but it does require a bit of homework. There's no fixed formula. One should be able to understand his or her craft better, and figure out what's working and what's not. Or, one needs to work by hit and trial or think of how else you can surprise the audience. All these things keep me growing," she told IANS. Also Read - Adipurush teaser disappoints: Prabhas and Kriti Sanon's chemistry and THESE 5 more aspects to ensure a box office bonanza

Kriti also believes in analysing her work. "When it comes to my performance I am very much critical about it. I analyse my performances and see what went wrong or right. I feel the day I really get happy or satisfied then my mind will become stagnant. That's what I don't want. Also Read - Adipurush teaser: ‘Disappointing Adipurish’ trends as Prabhas, Kriti Sanon, Saif Ali Khan starrer fails to impress netizens

"I have learned from mistakes and by doing this, I feel I have broadened my horizon. Now I look at things from different perspective," she added.

Not only this, the 29-year-old is now open to do more risky and challenging roles. And this realisation came to her a little more after portraying the role of Parvati Bai in Ashutosh Gowariker's "Panipat".

"Roles like Parvati Bai encourage you and give you the confidence of doing something different. It was not easy for me to essay that character because it was based on a real person who is an important figure of our history. I am fortunate that I got the chance to do that role and I feel I am more confident to take risks now and surprise people, and myself too."

They say its just a calendar.. But we all know something changes..?? Happy 2020 everyone!! Let there be love, light, hope, freedom, passion, compassion, patience and happiness this decade.. ❤️? ✨ Love yourself #ForAllYourFaces


In 2020, Kriti is all set to woo her fans with the roles she has never done before on screen. She will be seen playing a surrogate mother in "Mimi", and is also a part of Akshay Kumar's "Bachchan Pandey".
Also Read

Kriti Sanon takes time off from Mimi for family and friends

"I am very much excited for 'Mimi' because it is the first film that weighs completely on my shoulders. The topic of the film is very important and not many films have properly been made on the subject of surrogacy. I am very happy to work with people who have managed to create such an important movie," Kriti emphasised.