Kriti Sanon has appeared on quite a few mag covers over the years. But never has she looked this HOT as she looks on the April issue of Vogue India's cover shot. The actress took to her social media to reveal the cover page for the next month's issue. The location of the photoshoot for this issue was South Africa. Kriti might have added a little bit to the already soaring temperature with her hotness. Her ensemble, which includes designs by Kalita, Tarun Tahiliani, En Inde, Monies, Dana Levy, looks beautiful on her! Here jewellery especially whispers "South Africa" in her entire look. The inside pictures in this issue are even more magnificent. Kriti wrote in the caption, "Vogue April 2017 issue! My first- had to be special!" Also Read - Janhvi Kapoor, Disha Patani, Katrina Kaif and Kriti Sanon are blessed with the hottest monokini bodies – here's proof

Kriti was styled by Anaita Shroff Adajania, and her hair and makeup was done by Bianca Hartkopf. The team has done fantastic job. We have never seen Kriti flaunt her cheekbones like that. Also Read - WHAT! These TOP actresses are lowest paid in Bollywood and their paychecks will leave you shocked 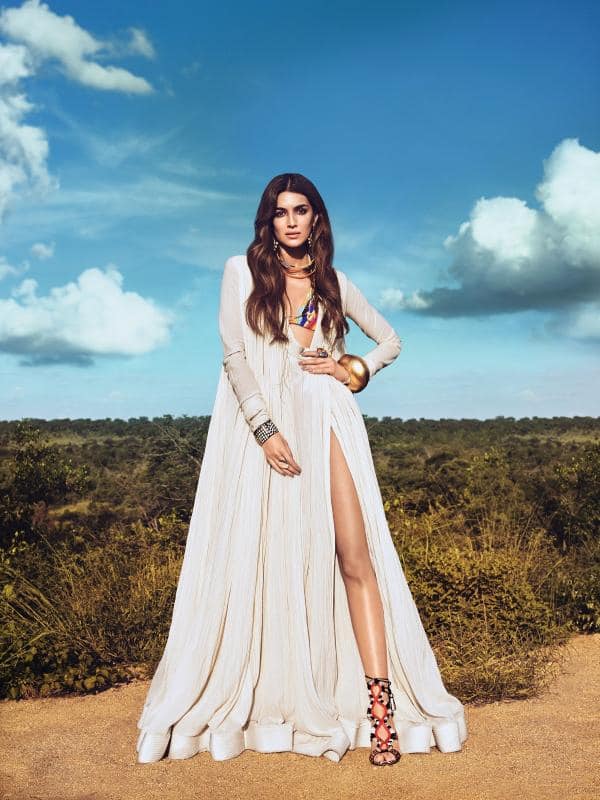 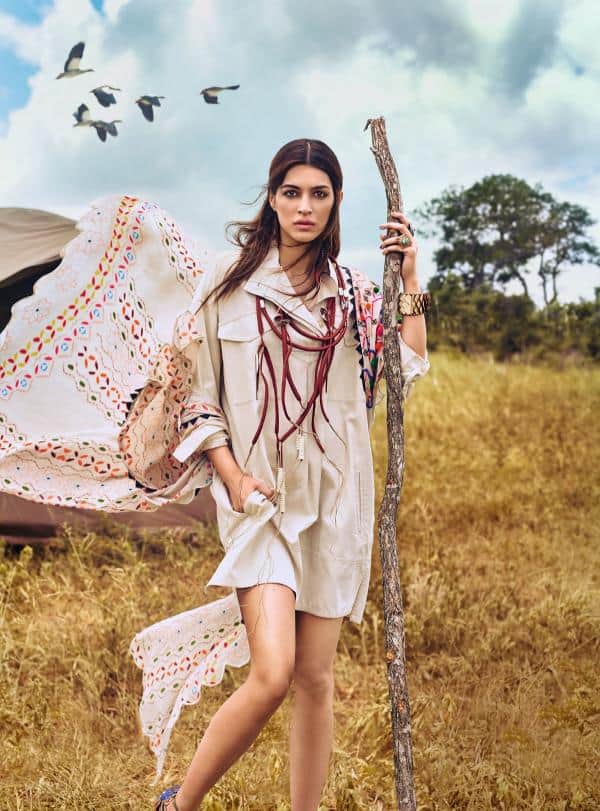 These are the most beautiful shots of South Africa on a glamour magazine ever. In one shot we see Kriti standing on a jeep, and staring right at a pride of lions. Fierce and beautiful! 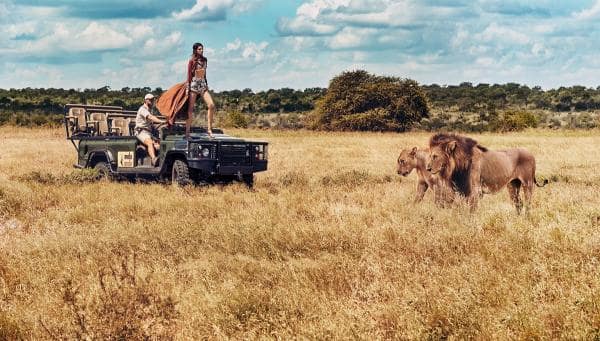 You'd expect an actor to talk more openly about their lives to Vogue, at the least. Kriti likes to keep her personal life personal, be it Vogue. She remained tight lipped about he rumoured romance with Sushant Singh Rajput when asked about it. “You can’t plan a relationship. You connect with people or you don’t. I’m single, honestly. But I’m okay dating someone from the industry—a boyfriend would have to understand my profession and it’s not an easy one to understand unless you’re a part of it,” she told Vogue. Also Read: Is Kriti Sanon hinting at her break up with Sushant Singh Rajput with this statement?

We can't get over how flawless is this picture of #tamannaah

This Vogue issue is certainly a step up from March one featuring Anushka Sharma.

Did you like the Vogue India April cover? Tell us in comments below!