As rumours of Kriti Sanon dating Prabhas started spreading like wildfire after Varun Dhawan hinted at their secret relationship on Jhalak Dikhhla Jaa 10, the Bhediya actress has now broken her silence on the matter. 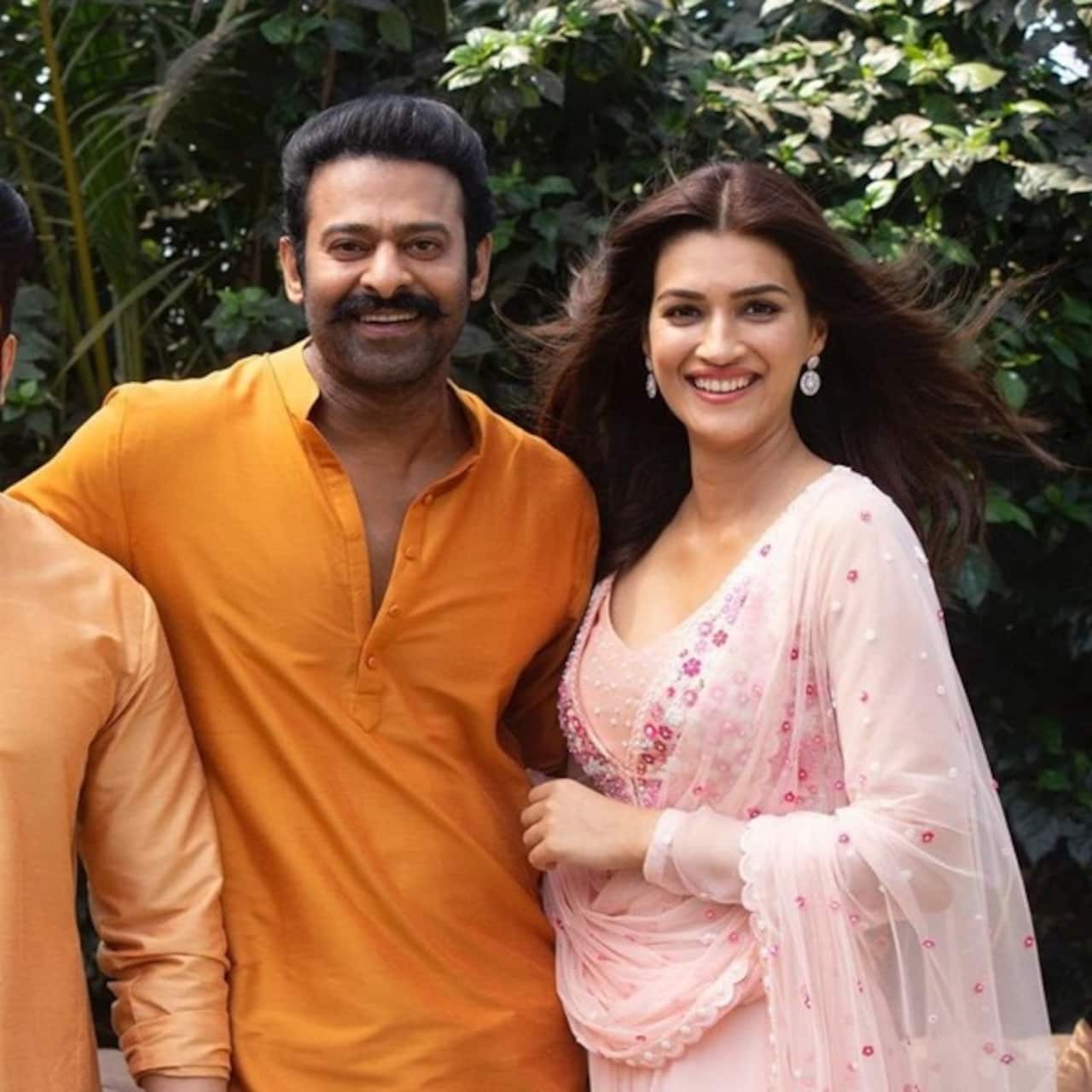 Rumours about Kriti Sanon secretly dating her Adipurush costar Prabhas have been doing the rounds of the industry for a while now. It was being said that the two hit it off instantly with each other on the sets. Recently, Varun Dhawan also teased Kriti about her rumoured relationship with Prabhas and all hell broke loose. The Bhediya actress has finally put an end to her dating rumours with Prabhas. Also Read - Will Allu Arjun’s Ala Vaikunthapurramuloo Hindi version release take away charm of Kartik Aaryan’s Shehzada?

Taking to Instagram, Kriti clarified that Varun's joke on a reality show went a little too far that made people speculate about her secret relationship with Prabhas. She said that their fun banter led to dating rumours and she went on to set the records straight that all the rumours are baseless and untrue. Also Read - The Crew: Kareena Kapoor Khan to star with Diljit Dosanjh once again in Ekta Kapoor's film with Tabu, Kriti Sanon

"Its neither Pyaar, no PR... our Bhediya just went a little too wild on a reality show. And his fun banter lead to some howl-arious rumours. Before some portal announces my wedding date- let me burst your bubble. The rumours are baseless!" Kriti said in her note shared on Instagram stories. Also Read - Shehzada actress Kriti Sanon's latest appearance fails to impress netizens; gets compared with Urfi Javed [VIEW PICS] 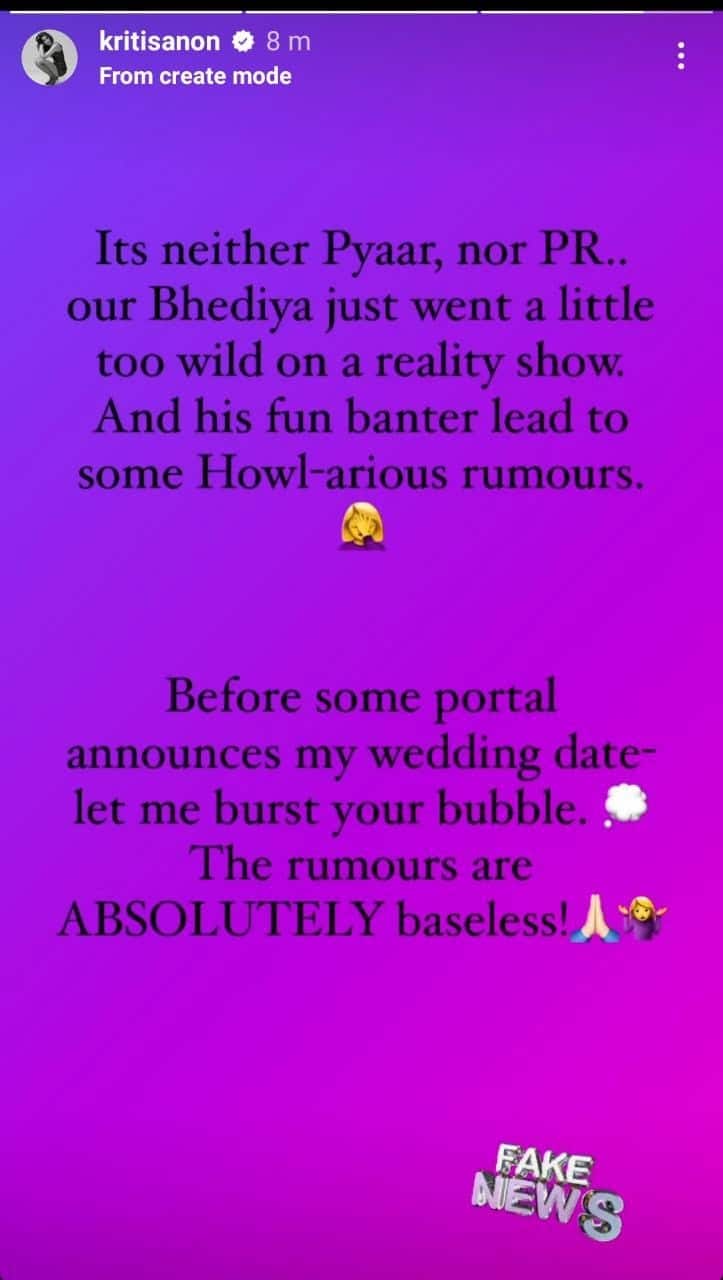 On Jhalak Dikhhla Jaa 10, Karan Johar asked Varun why Kriti's name was not in the list. To which, Varun replied that her name was not there because her name is someone else's heart. When Karan asked Varun to reveal the person's name, Varun hinted at the person who doesn't live in Mumbai but he is currently shooting with Deepika Padukone for his upcoming film. He made it quite obvious that it was Prabhas who was shooting for Project K with Deepika. Kriti was seen blushing as soon as Varun made the revelation.

At the teaser launch of Adipurush, Prabhas and Kriti had sparked a loving chemistry. The two were seen walking hand-in-hand, hugging and chatting with each other on stage. They were even seen smiling and blushing while talking to each other. Kriti had even given her pallu to help Prabhas wipe out his sweat.