Here is the first look of Mithun from The Drama Company

The success of The Kapil Sharma Show has proved that comedy can be a hugely profitable venture on TV. It is going to be a comic clash on Sony TV with the channel launching The Drama Comedy. It will replace Sabse Bada Kalakaar from July 15. Today, Mithun Chakraborty along with Krushna Abhishek, Ali Asghar, Sudesh Lehri and others shot for the promo. We did not see Sunil Grover, who is supposed to be a guest artiste on the show. The Drama Company is produced by Preeti Simoes in association with Frames Entertainment. It is not an out and out comedy show but more on the lines of Comedy Nights Bachao. 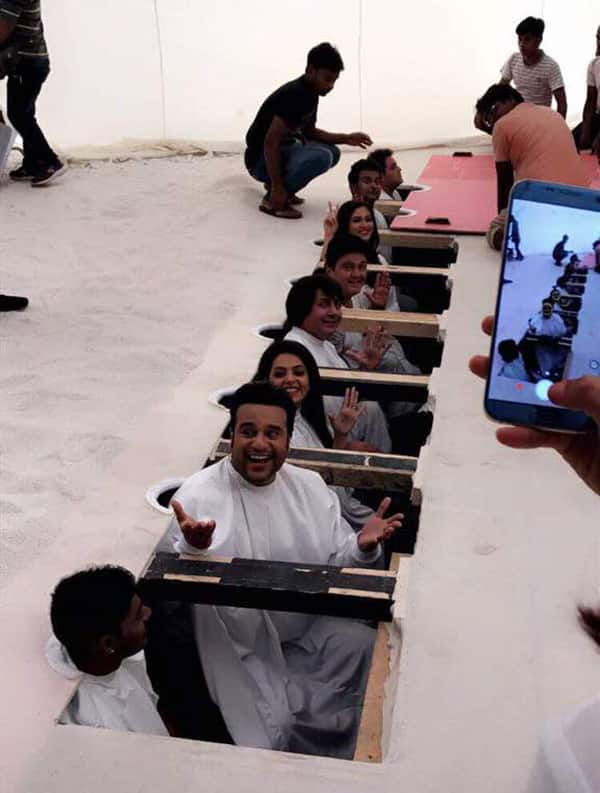 Also Read - Kapil Sharma's ex-team mate Ali Asgar comes clean on the fall-out but we feel there's more to it... 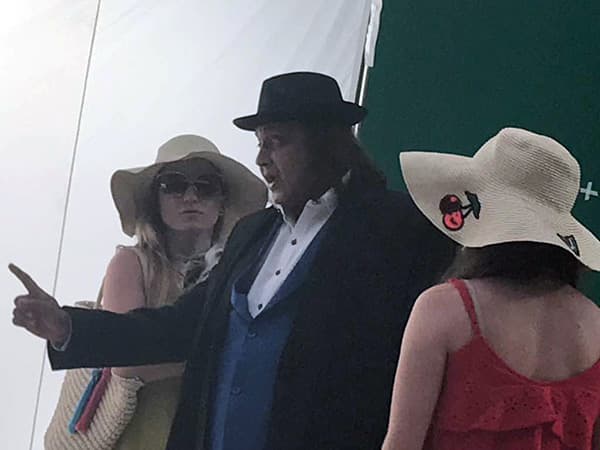 We can see Mithun Chakraborty wearing a huge black overcoat. It is not much different from his look as a maha guru on many talent shows. The wide hat gives him a maverick look. He is surrounded by a couple of beauties. We can see Krushna Abhishek and co in the other picture. They come out from the floor. The Drama Company is a mix of theatre, comedy and dance.

Mithun Chakraborty to be a part of Krushna Abhishek’s show – read deets!

Krushna recently spoke about the show at the media interaction held for the launch of his other show OMG! Yeh Mera India 2 on History TV 18 channel. On this show, Krushna will no longer be seen with regular comedy partner Bharti Singh. Apparently, Bharti is also coming up with her own show and this time she wanted to do her own stuff. Krushna knows Preeti Simones from his Comedy Circus and Comedy Ka Daily Soap days. He says Preeti knows his weakness and strengths and how to channelize them. It is a totally different show in format and vibe. Krushna said he was nervous yet excited for the new venture. Stay tuned to Bollywood Life for more scoop and updates…