Kumkum Bhagya: Abhi, Pragya, Tanu and Daadi together put up a F*@K all act! View pics

Last night's Kumkum Bhagya episode on Zee TV was wrong at so many levels. And here's why...

Abhi finally opened up about his big secret before his grandmother who was shocked. Tanu was successful in projecting her lie as the truth and yes Pragya played an adarsh dharama patni to the T! Yes, Pragya will choose to leave her husband and accompany Abhi even after he's ousted from her marital home. Even as Kumkum Bhagya is climbing up the chart of most watched television soaps, the show has warped ideas of family, love and life in general. Why do I say so? Well, yesterday's episode made me bawl and how. There were so many things happening in what was supposed to be a major twist on the show. The writers had WRONGED, the actors mimed dialogues and gave the same two expressions as always. And I so dearly missed Shabbir Ahluwalia, the fun actor who is a real life rockstar. Somehow on this show he failed miserably. Also Read - Kartik-Naira, Anurag-Prerna, Abhi-Pragya – TV couples whose separation was too cruel to bear

Here are five things that Kumkum Bhagya is propagating on it's show which is absolutely unacceptable! Also Read - Abhi loses memory, forgets Pragya in Kumkum Bhagya

Daadi's anger is justified, so was her slap. But the way the show showcased the whole episode was SHOCKING! Why would you ever beat a fully grown man with a dandaa? 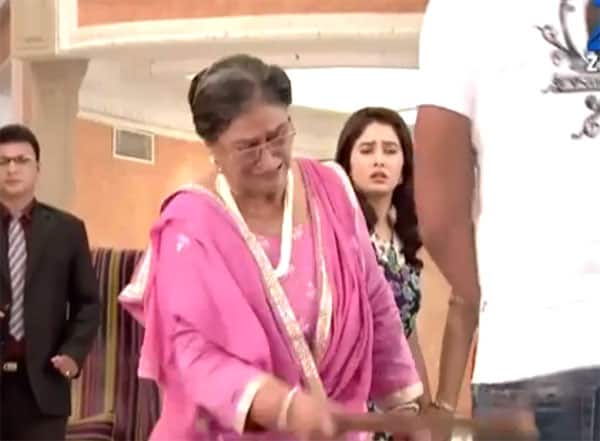 And why was that stave kept in that cupboard in the first place? Is that the punishment meted out by Daadi to anybody who has wronged? In an age where violence is growing in every aspect, was this display of anger justified? Well, we leave it for you to answer. 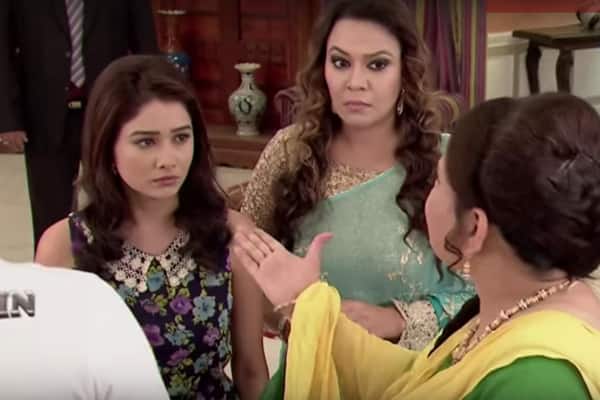 Which parent in their right mind would encourage their pregnant daughter to go ahead with a relationship that has no hope. That their daughter is going around with a married man and that his wife supports his affair is strange enough. But any sane family would not keep their daughter with a man who's eluding marriage or any kind of commitment. Worst of all they can see that Abhi considers Tanu's pregnancy as his mistake! And even as Abhi's family humiliates their daughter they stand by watch and utter just a few lines without really punching the shit out of their to-be son-in-law.

#Pragya the worst example of a teacher! 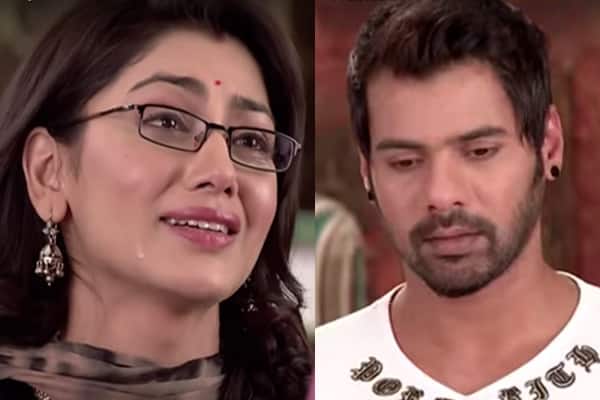 Yes, she's a sweetheart by all standards. But our Ms-Goody-Two-Shoe is no poster gal for a teacher. That she married a man who cheated her and decided to stay with him for her mother's, sister's, his grandmother's happiness is weird enough, she now wants to become the brand ambassador for her husband's girlfriend. She forgives the woman who tried to murder her sister, coz Aaliya happens to be her sister-in-law. And yes she lies and creates false stories like a pro. Bad teacher! Pragya decides to fight for her husband's infidelity before his own Daadi, wah! Wah! We know telly soaps are nothing without their vamps. But these two ladies' sole purpose and existence on this show is to spread hatred and diminish all things good. Yes, Aaliya the protective sister has turned against her Bhai and she will destroy him. Mitali is happy enjoying like the rest of her family and plotting and planning least bothered about her husband who's in the lock-up. And even as all hell breaks loose inside their home, these ladies are enjoying the drama and secretly rejoicing the bad times. Aaliya looks satisfied, while Mitali is worried that how could she not be the first one to know about this garmaa garam homemade gossip. Now these ladies better get all Karan Johar films and understand that it is all about loving your families and NOT hating them! 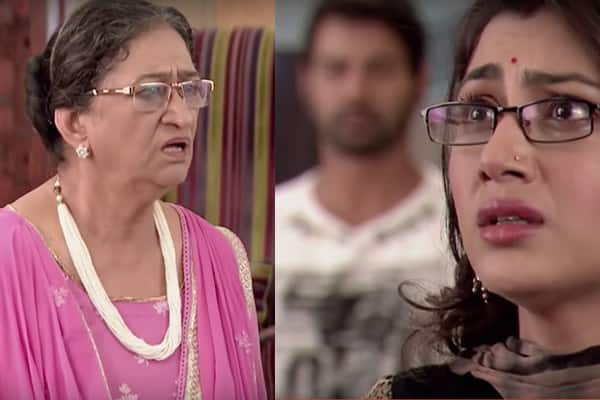 So, her grandson has wronged her. He is the father of a child born by his girlfriend. He has cheated on his wife and Daadi is angry. But she doesn't care about the justice for the unborn child. Yes, we know that Tanu is lying, but Daadi doesn't know right? And amidst all this she goes on to not oust Abhi, but also makes a point that to hell with the unborn child. What about Pragya and Abhi's baby?

Insane, obnoxious and extremely regressive this episode was. Do you agree with us?