Kunal Rawal's wedding saw big stars like Varun Dhawan, Arjun Kapoor and many more. Sonam Kapoor was a part of it too. Here's how. 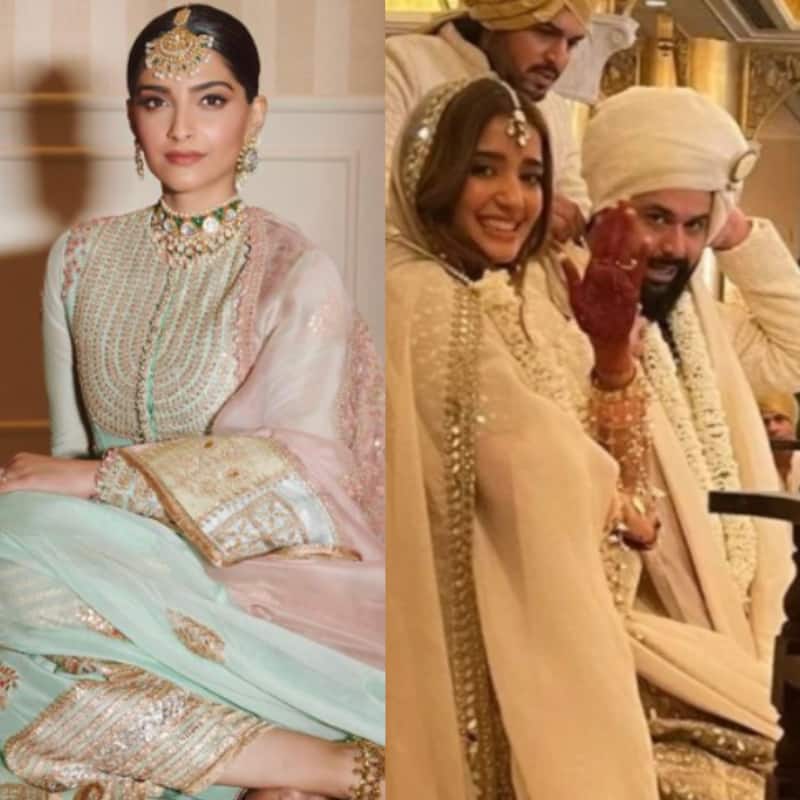 Sonam Kapoor and Anand Ahuja became parents to a baby boy on August 20, 2022. Ever since then her fans have been waiting to get a glimpse of the new mom and her little one. Though fans could get a little glimpse of them as she returned home from the hospital. However, the couple is yet to post official pictures of their baby boy on social media. Amidst this, Sonam Kapoor has not made her first ever appearance in public. But just virtually! Confused? It is during Kunal Rawal's wedding that fans got a glimpse of Sonam Kapoor. Also Read - Bipasha Basu receives a sweet gift for her daughter Devi from Sonam Kapoor and son Vayu

Ace designer Kunal Rawal tied the knot with designer Arpita Mehta. It was a big-fat wedding which was attended by many biggies. Arjun Kapoor, Varun Dhawan, Shahid Kapoor and more were a part of the wedding. Kapoors like Rhea Kapoor, Boney Kapoor, Shanaya Kapoor and more also attended the wedding ceremony. Sonam Kapoor who is also a close friend of Kunal Rawal could not be physically present at the wedding but she made sure to make her presence felt over a video call. As Rhea Kapoor shared a video from the wedding of Kunal Rawal, fans could catch a glimpse of Sonam Kapoor chatting with her sister over a video call. Take a look at it here. Also Read - Worst dressed celebs of the week: Sonam Kapoor, Avneet Kaur, Karan Kundrra fail to score on the fashion charts

From mehendi ceremony to pre-wedding bash, Kunal Rawal and Arpita Mehta's wedding was an entertaining and lavish wedding. White was the theme of the wedding as all of them were dressed in gorgeous white, shimmery outfits. Also Read - From Sonam Kapoor to Kareena Kapoor Khan: Actresses who lost post-pregnancy weight quickly and left everyone stunned

Talking about Sonam Kapoor, the new mom is currently sharing her pregnancy photoshoot pictures on social media. The couple is yet to reveal the name of their baby. We are egarely waiting to know!