Kundali Bhagya 21st February 2018 Written Update Of Full Episode: Karan and Preeta decide to keep their feelings to themselves so as to save their friendship

Kundali Bhagya 20th February 2018 Written Update Of Full Episode: Rishabh and Karan share a feeling as they get all defensive when the topic is Preeta 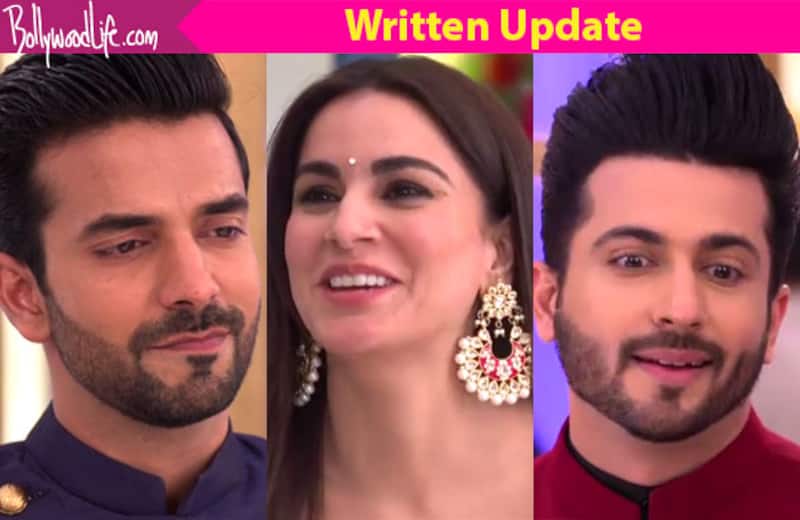 Kundali Bhagya starts with Sherlin asking Prithvi to create a dangerous situation for Preeta(Shraddha Arya) and then save her from it. Prithvi agrees to do that and foil Rishabh's (Manit Joura) plan of ruining the wedding. Prithvi plans to use some fake goons and make them anter Sherlin's mehendi and then capture everyone there while he will then play hero and save them all. Karan(Dheeraj Dhoopar) gets ready for the function while he thinks about Preeta. He thinks about how he felt when Preeta touched him lovingly on his cheek, he thinks if that was friendship or more. Preeta too thinks about the same situation and feels Karan might have taken it wrongly. She feels she should clear it with him. Karan thinks that Preeta might never speak to him again if she feels he loves her. They both decide to keep away and save their friendship, for fear of losing each other.

Srishti barges in as Preeta wants to speak to her. Preeta asks Srishti to forgive her for scolding her. Srishti though tells Preeta that she does not like it when Preeta scolds Karan like that. Sarla walks in seeing the sisters loving each other and gets all emotional. At the function Rishabh eagerly awaits Preeta and almost blurts it out before Kritika. Rishbah manages to dodge the question as Kritika persists on her question. Rishabh is worried about how everyone is questioning him. Karan walks in asking about Preeta and Rishabh gets all defensive about this. Karan tells him they should just wait. Sameer walks in and says that he had called them and found out that they are waiting for prithvi. Thiis upsets both Karan and Rishabh as they ask Sameer why he called Preeta. Seeing his two brother all defensive Sameer asks the two if he is actually speaking about their girlfriends. Also Read - Dheeraj Dhoopar and Vinny reveal baby Zayn's face on Christmas with the cutest post; say, 'Everything we ever wished for'

They now start over with pulling Sameer's leg as Kritika joins the trio. Kritika reveals that Sameer was throwing roses at Srishti. Mahesh walks in and says that women take a long time getting ready. Rakhi and Dadi walk up and question Mahesh. They have a light family moment together. Kareena is busy attending her guests and also looking for the mehendi thaal. Kritika tells Dadi that she too wants her hand henna-d. Dadi allows her to do that. Rakhi calls Kritika away and asks kritika what was the talk between the men some time ago. Karan while discussing good time of speaking things tell them Rishbah and Kritika that there is a good time to propose a girl and that is when she cannot say no. Also Read - Year-Ender 2022: Times when Ghum Hai Kisikey Pyaar Mein, Anupamaa and more Top TRP TV shows disappointed fans