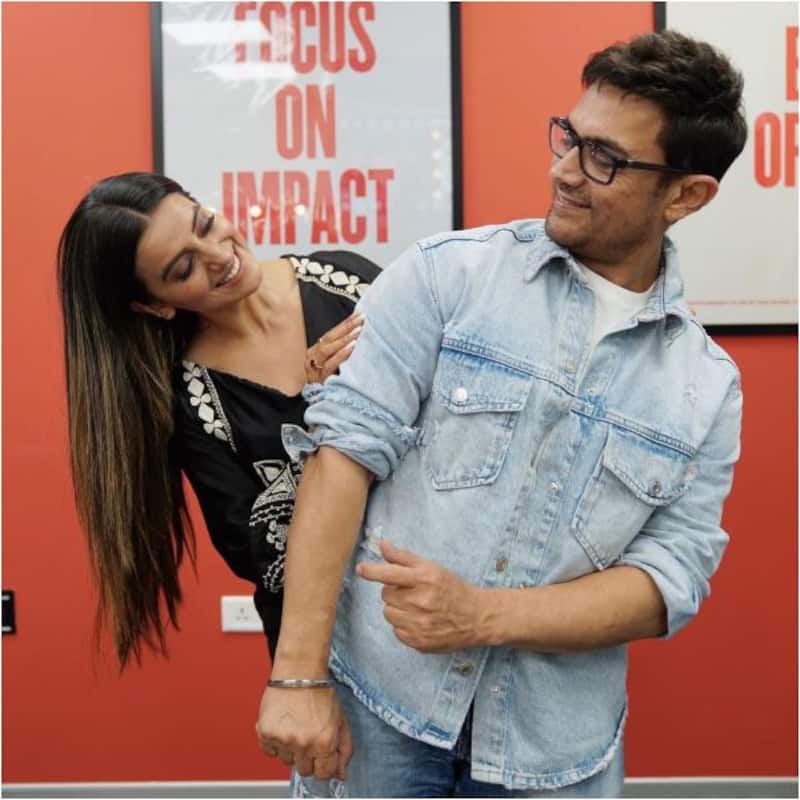 Aamir Khan and Kareena Kapoor Khan starrer Laal Singh Chaddha is one of the most awaited films of the year. The movie is slated to release on 11th August 2022. The trailer and the songs of the film have grabbed everyone’s attention, but equally the people are trolling it on social media for many reasons. A couple of days ago, a new track from Laal Singh Chaddha titled Phir Na Aisi Raat Aayegi was released, and recently Aamir Khan danced with Bhojpuri actress Akshara Singh on the track. Also Read - Raksha Bandhan: Women mob Akshay Kumar to tie rakhis as he visits artisans in Jaipur; emotional star says, 'Aapka pyaar apni kalai par...'

Akshara took to Instagram to share the video with her fans. She posted, “This is such a dream come true! Thank you Aamir Sir for making this day one I can never forget!!” Also Read - Kaun Banega Crorepati 14: Besides Aamir Khan, Ranbir Kapoor, Alia Bhatt and more Bollywood stars set to appear as guests on Amitabh Bachchan's show

Akshara also shared a picture with Aamir, and posted, “Honoured to meet such a genius mind !! Didnt feel like we met for the first time. Best time spent with everyone’s fav Aamir Sir Thank you for all the good talks and fun we had together.”

Aamir Khan’s fans are eagerly waiting for Laal Singh Chaddha as they will get to watch their favourite star on the big screen after a gap of four years. Directed by Advait Chandan, the movie also stars Mona Singh in the pivotal role, and South star Naga Chaitanya will be seen in an extended cameo in the film.

Laal Singh Chaddha won’t be getting a solo release as it will be clashing with Akshay Kumar starrer Raksha Bandhan. Directed by Aanand L Rai, Raksha Bandhan also stars Bhumi Pednekar in the lead role. The trailers of both the movies have been released, and now, it will be interesting to see which film will make a mark at the box office.