Laal Singh Chaddha: Kareena Kapoor Khan thanks Aamir Khan for making Jeh a part of the film; fans call her ‘best thing about the trailer’ 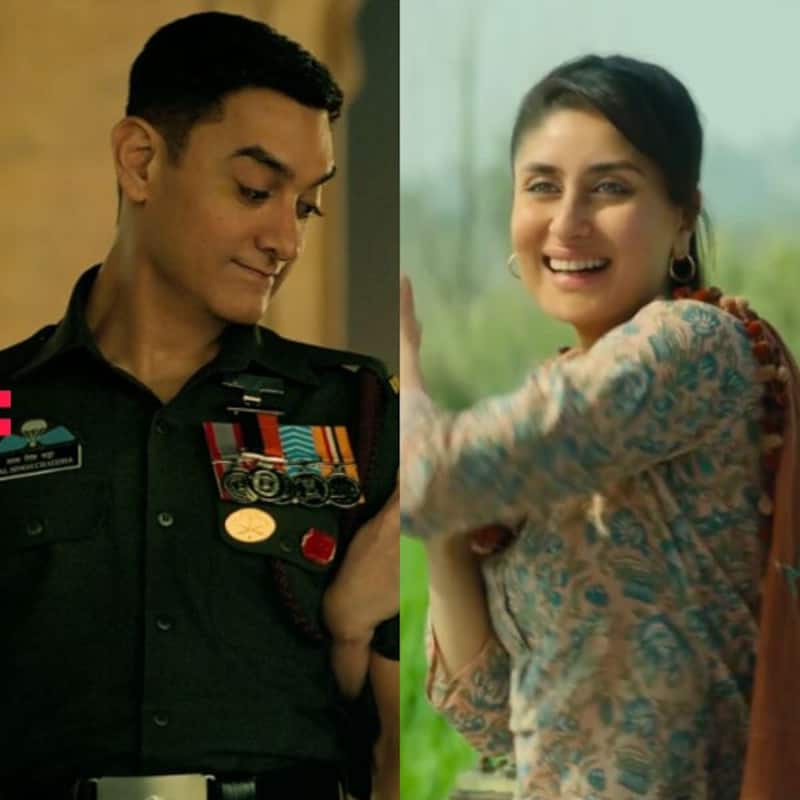 Aamir Khan and Kareena Kapoor Khan’s Laal Singh Chaddha trailer was dropped by the makers yesterday during the IPL 2022 final. Sharing the trailer on Instagram, Kareena thanked Aamir. She also opened up about how the film was made amid the pandemic and the lockdowns. As you might be aware, Kareena was pregnant for the second time when the film was being made. Also Read - Laal Singh Chaddha: Aamir Khan's film is his lowest rated on IMDB below Mela and Dhoom 3; is this the #BoycottBollywood effect?

She wrote, “A pandemic, two lockdowns, and a baby later... one of my most special films... also because my Jeh baba is very much a part of it (in my tummy) ? Thank you Advait and Aamir for having not just me but the both of us in it... it's something I will cherish forever ♥️ Over to you guys, finally... #LaalSinghChaddha ♥️” Have a look at her post below: Also Read - Laal Singh Chaddha public review: Totally unexpected fan reactions after watching first day first show of Aamir Khan starrer

The trailer of the film has been getting a mixed response from the audience. People are loving Kareena in the trailer and are calling her the best part about the trailer. “Best thing about the trailer #KareenaKapoorKhan #LaalSinghChaddhaTrailer ❤️,” wrote a user. Another person commented, “Ruling Bollywood for 22 years her stardom and acting is unmatched. eagerly waiting for this movie. I m sure kareena has nailed this role with perfection #KareenaKapoorKhan #LaalSinghChaddhaTrailer.” Have a look at some of the reactions: Also Read - Raksha Bandhan 2022: Bollywood films to watch this Rakhi with your siblings

Ruling Bollywood for 22 years
her stardom and acting is unmatched. eagerly waiting for this movie. I m sure kareena has nailed this role with perfection#KareenaKapoorKhan #LaalSinghChaddhaTrailer pic.twitter.com/8qOuYxzpwW

The biggest positive of the LSC trailer for me she stealed the show. Kareena is looking so stunning & beautiful. So excited to see her only love,love and love to her.??#KareenaKapoorKhan#LaalSinghChaddha pic.twitter.com/keC19oTP6C

LSC just made me realise how much I missed seeing #KareenaKapoorKhan. Also, I’m manifesting for her interview! ???

She's looking so fresh. Who would say she's currently in her 23rd year as a lead actress? ? #LaalSinghChaddhaTrailer #KareenaKapoorKhan #Rupa https://t.co/StZiAX9cVG

An actress who is in her 40s is doing her bit to break the glass ceiling and paving way for the future generations, continues to put out strong performances, always listens to her fans and literally changed her career trajectory. #KareenaKapoorKhan #LaalSinghChaddhaTrailer pic.twitter.com/Sil9GJ6TMx

To play a lead in a big commercial movie with a male superstar after 40s is a daunting task and she has done it .This is such a great step towards reducing the age gap we have in the industry, though we have a long way to go.
She looked fab ❤️#KareenaKapoorKhan#LalSinghChaddha pic.twitter.com/VyvpdnJXfz

Will be interesting to see how is the chemistry between Bebo and Aamir this time around.