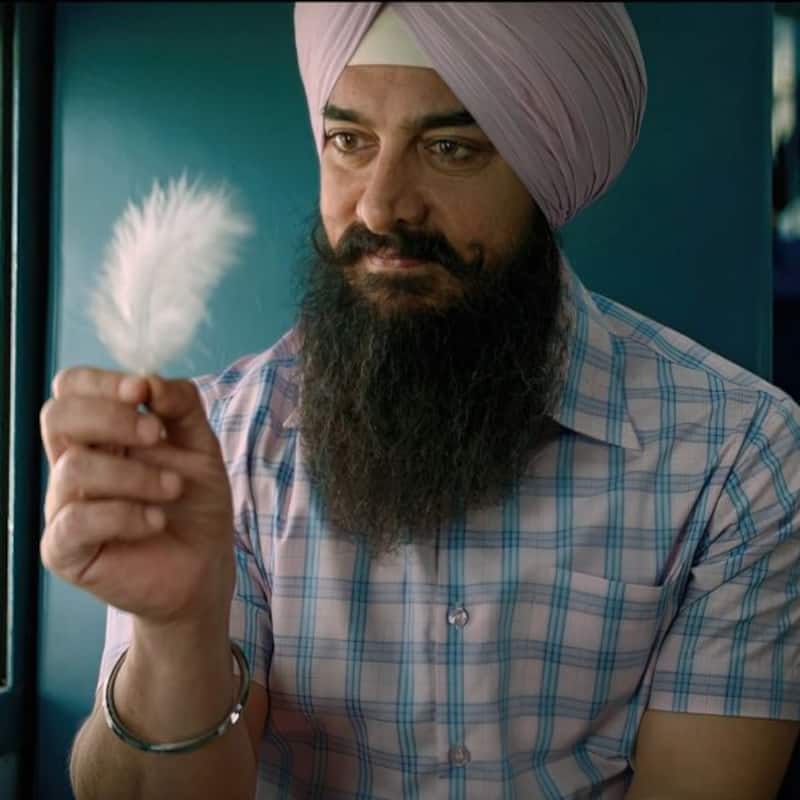 Laal Singh Chaddha full movie in HD leaked online: Laal Singh Chaddha that brinsg the 3 Idiots pair Aamir Khan, Kareena Kapoor Khan back on screen along with Naga Chaitanya, and Mona Singh released in theatres on August 11. The film has been in great buzz for things good and bad. However, while there has been anticipation for the film and all eyes have been on the box office collection, here is some bad news for the makers of Laal Singh Chaddha. The film has leaked online in full HD version for free download. Aamir's labour of love has become the latest victim of piracy and is available on torrent sites like Tamilrockers, Filmyzilla, Movierulz, Telegram and more. The film is directed by Advait Chandan and is based on the 1994 American film Forrest Gump starring Tom Hanks. In the Indian adaptation Laal Singh Chaddha, Aamir Khan plays a Sikh man and the film is about life from his perspective. Kareena plays Rupa, his love interest. Also Read - Vikram Vedha box office collection day 1: Hrithik Roshan, Saif Ali Khan film's opening falls short of Brahmastra, Bhool Bhulaiyaa 2 and more Bollywood movies this year

The Laal Singh Chaddha movie reviews are out and it is getting mixed reactions as of now. But only the weekend will tell if there is positive word of mouth that will positively impact the box office collection. Especially since it releases alongside Akshay Kumar and Bhumi Pednekar's Raksha Bandhan. However, since the days ahead are marked with holidays due to Raksha Bandhan 2022, Independence Day 2022 and Janmashtami 2022 along with a weekend, both the film have enough time to get people into the theatres. Laal Singh Chaddha film seems to be trending on the Entertainment News. Also Read - Vikram Vedha day 1 box office advance booking lags behind Brahmastra, Bhool Bhulaiyaa 2; overtakes Laal Singh Chaddha, Gangubai Kathiawadi

There was a celeb screening of Laal Singh Chaddha on Wednesday evening and a lot of celebs like Deepika Padukone, Ranveer Singh, Sushmita Sen with ex boyfriend Rohman Shawl and more thronged the red carpet. The film also stars Naga Chaitanya and it is likely to help the film do well in South India as well. However, the fact that Laal Singh Chaddha has been leaked on Tamilrockers, Telegram, Movierulz, Filmyzilla and more piracy websites, it may definitely affect the box office collection. Also Read - Aamir Khan all set to bounce back; to begin work on RS Prasanna's Spanish film Campeones remake from January 2023?

Unfortunately, this is not the first case where a big movie has leaked online on the day of release. Just a few days ago, Dulqer Salmaan's Sita Ramam, Alia Bhatt's Darlings, Taapsee Pannu's Shabaash Mithu, Ranbir Kapoor's Shamshera, Kiccha Sudeepa's Vikrant Rona, Varun Dhawan and Kiara Advani's Jugjugg Jeeyo and more films also leaked online on the day of release. Even south biggies like RRR, KGF 2, Pushpa has become victims of online piracy. But we sincerely urge our BollywoodLife readers to not consume content on these piracy sites but only through official OTT platforms or in the theatres. Piracy is a criminal offense under the Copyright Act of 1957 and it also hits the business of cinema in an exponential way.