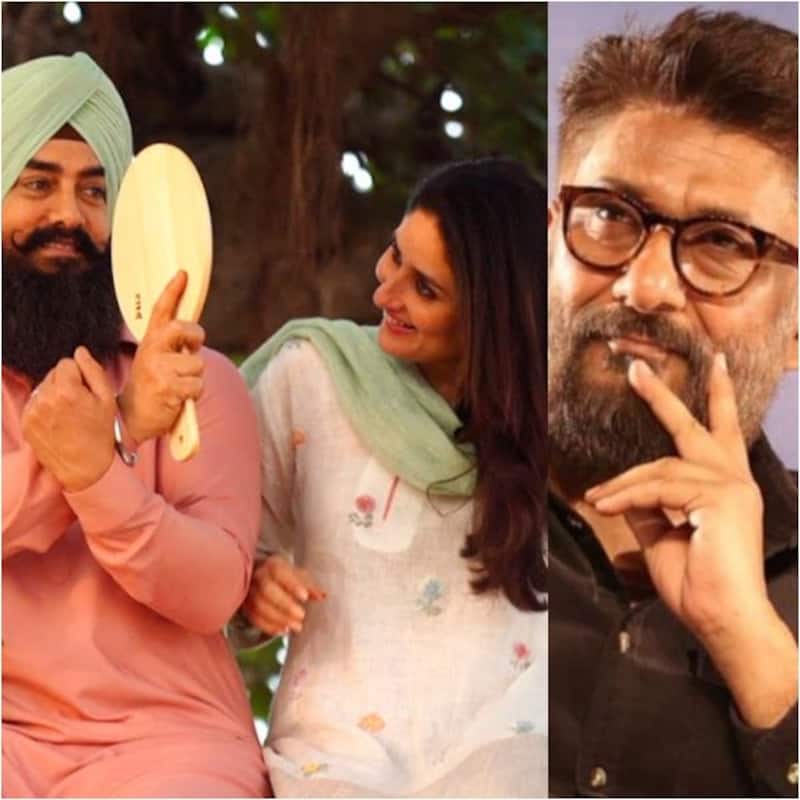 Aamir Khan and Kareena Kapoor Khan starrer Laal Singh Chaddha released on 11th August 2022. The film has received a mixed response from the critics and audiences but took a dull start at the box office by collecting Rs. 12 crore on day one. While everyone waits to see what response the movie will get over the weekend, a recent tweet from Vivek Agnihotri has grabbed everyone’s attention. Without mentioning anyone’s name the filmmaker has tweeted about 60-year-old actors desperate to romance young actresses. Also Read - Kareena Kapoor Khan Birthday: Boycott trend won't affect her career but Bebo needs to be careful about ONE thing, reveals Tarot reader Aditya Nair [Exclusive]

He tweeted, “Forget the quality of a film, when 60 yr old heroes are desperate to romance 20/30 yr old girls, photoshopping faces to look young, there is something fundamentally wrong with Bollywood. ‘Looking young & cool’ has destroyed Bollywood. And only one person is responsible for this.” Also Read - Happy Birthday Kareena Kapoor Khan: 8 most expensive pieces from her closet that prove Bebo is the ultimate DIVA

Well, a lot of netizens replied to the tweet and reminded Vivek Agnihotri that there was a time when he supported Aamir’s PK. A few also pointed out that such things happen in the South film industry as well. Check out what netizens have to say on the filmmaker’s tweet… Also Read - Faisal Khan didn't like Aamir Khan's Laal Singh Chaddha; calls his brother 'opportunistic': 'He should have apologised earlier'

Vivek ji u were the one who promoted PK. You all are the same and are from boycotted Bollywood. pic.twitter.com/tT8vWgLLYa

Vivek bhai you have supported pk once when it was realised now you are on other side of fence ?

I think, Aamir 57 & Kareena 41, this #Vivek guy is misleading people. And what about Rajnikant? Why you, Kangana or many others are against Bollywood, where you r earning bread n butter from it. Don't be ridical like religious people. Go n make some good movies!

Meanwhile, a lot of netizens are still upset with Aamir and Kareena, and #BoycottLaalSinghChaddha has been trending on social media for the past few days. Let’s see if the film will be able to make a mark at the box office or not.