Aamir Khan and Kareena Kapoor Khan will be seen together in Laal Singh Chaddha. But, recently, Aamir revealed that not Kareena but a newbie was the first choice for the film. Read on to know more... 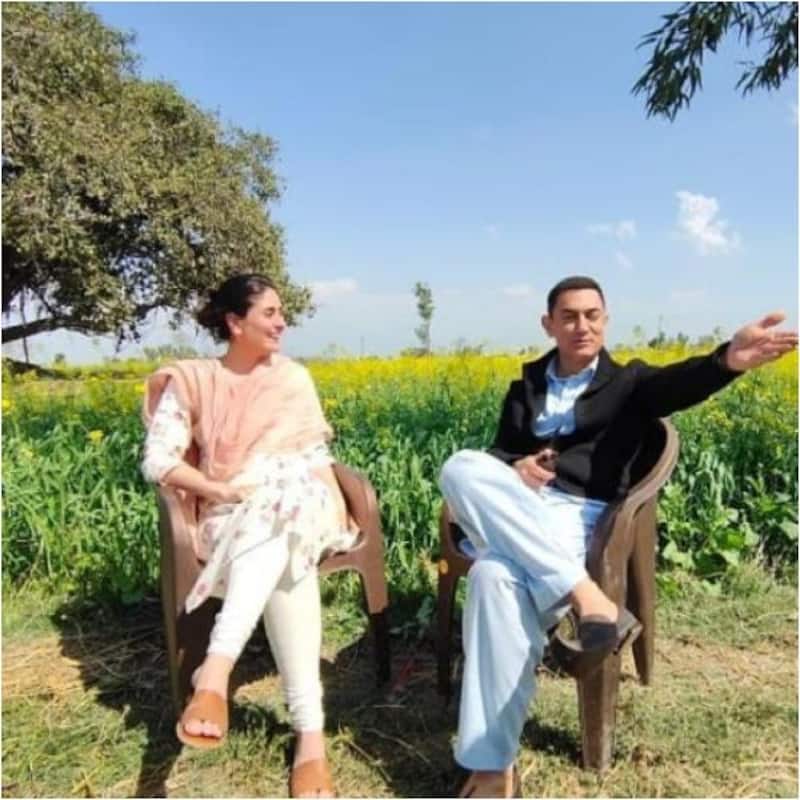 Laal Singh Chaddha stars Aamir Khan and Kareena Kapoor Khan are seen in the recently released episode of Karan Johar’s chat show Koffee With Karan 7. As expected many revelations were made by them and one of them is about Kareena not being the first choice for Laal Singh Chaddha. Earlier, in an interview, Aamir had revealed that they were looking for an actress who was in a certain age group and Kareena was not on their mind. But, when they saw a video sent by the casting director, he and filmmaker Advait Chandan agreed that Kareena can be their Rupa. Also Read - Karthikeya 2 Hindi BEATS Taapsee Pannu's Dobaaraa even before its release; film to suffer just like Laal Singh Chaddha, Raksha Bandhan?

Well, on Koffee With Karan 7, Aamir Khan spoke the same thing but shared one more interesting bit. He revealed that they were planning to cast a young actress and the casting director had sent them a video of an ad that had the newbie as well as Kareena in it. While he said that the newbie was also good, Kareena grabbed their attention. Also Read - Laal Singh Chaddha box office collection day 7: Aamir Khan-Kareena Kapoor Khan starrer ends its week one on a disastrous note; still away from Rs 50 crore mark

Was Manushi Chhillar the first choice for Laal Singh Chaddha?

Laal Singh Chaddha has been trending in the entertainment news for the past few days, and now, Aamir’s statement about watching an ad of Kareena with the newcomer has also gone viral. Netizens on Reddit feel that the newbie Aamir was talking about is Manushi Chhillar. Kareena and Manushi had teamed up for a jewellery brand advertisement, and it got a lot of attention as both actresses looked stunning in it. Also Read - From Ananya Panday in Liger to Kareena Kapoor Khan in Laal Singh Chaddha; Actresses who weren’t the FIRST choice for their films

Well, we are sure that fans of Kareena are happy that she got the role, and moviegoers are also excited to watch Bebo and Aamir on the big screens together.

Laal Singh Chaddha also stars Mona Singh and Naga Chaitanya in the lead roles. The film is slated to release on 11th August 2022. It will be clashing with Akshay Kumar starrer Raksha Bandhan.