Lagaan: Dropping the ball in B-town 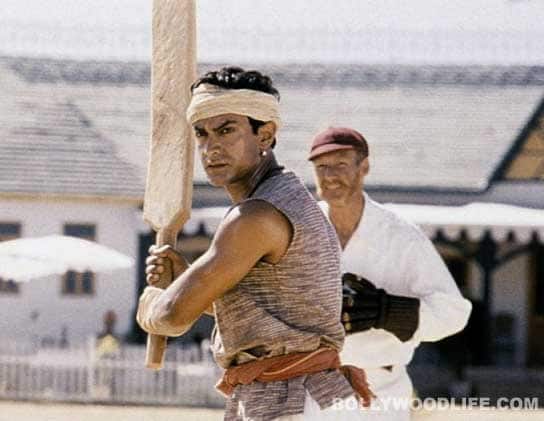 Was Lagaan the only successful sports-based film that came out of Bollywood? It’s exactly 10 years since it was released. Its cast and crew are having a private celebration today, we hear. And filmi circles still buzz when the movie is mentioned. After all, it not only went on to sweep awards all over the place, it also made it to the Oscars short-list, though it didn’t quite make the cut that year. And even as Aamir Khan and Co played cricket against the Brits, the interested public – and the media, of course – did regular count-downs of other films that had a sporty tag. And we decided that we could not be left out and did our own little survey. Wethinks that apart from Jo Jeeta Wohi Sikandar, and Shahrukh Khan’s Chak De! India, no other B-town production quite made runs at the BO. We did a search – Google zindabad! – and discovered almost-forgotten treasures like Mithun Chakraborty’s Boxer, Hip Hip Hurray starring the unfortunate Raj Kiran and former cricketer Sandeep Patil’s Kabhi Ajnabi The. Of course, none of them got that star status that Lagaan earned, but they were made in the days when publicity was accidental rather than incidental and PR agents had not yet been invented! We liked Iqbal and Lahore, but found potboilers like Dil Bole Hadippa – in spite of Rani Mukherjee’s fabulous body image – and Patiala House tiresome. And we are still counting the others, from Stumped to Awwal Number to Meerabai Not Out, to... Also Read - Aamir Khan brings War director Parvez Shaikh on board to shoot battlefield sequences in Laal Singh Chaddha; Naga Chaitanya joins