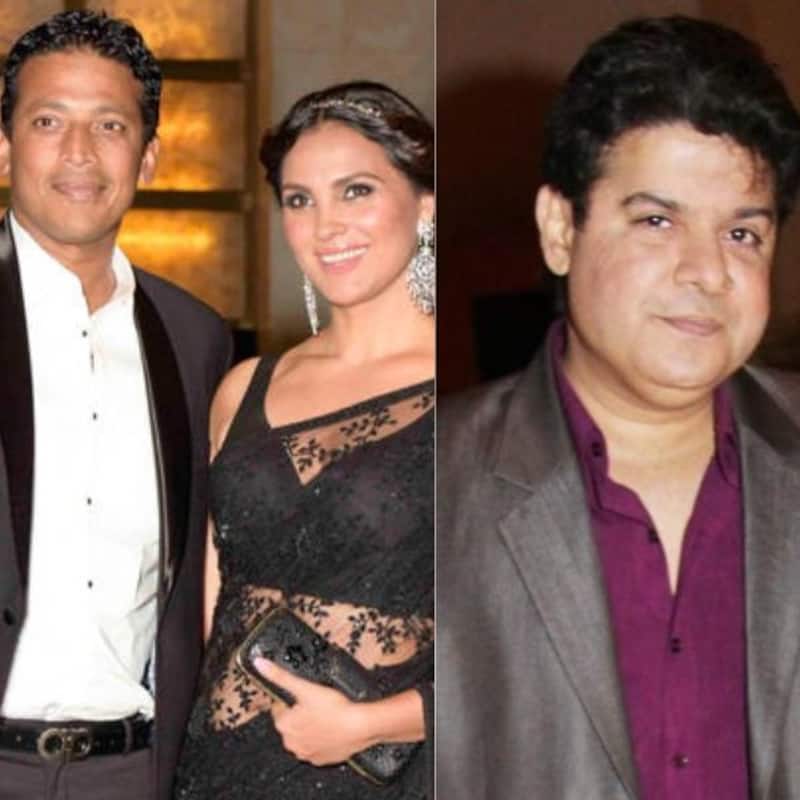 After Tanushree Dutta levelled allegations against Nana Patekar, more and more actresses shared their horror stories of being mistreated at work. One such name to come up from all the allegations is that of Sajid Khan. From inappropriate misconduct to sexual harassment women have come out in open to name and shame the director for his alleged misdeeds and it was like a wildfire. So much so that, the director got sacked from Housefull 4. Akshay Kumar had issued a statement putting his foot down against this. Even sibling Farah Khan and cousin Farhan Akhtar have condemned his actions. And now, Lara Dutta's husband and tennis player Mahesh Bhupathi, who has been a voice in the #MeToo movement, has also revealed his dismay and more details about the director.

Also Read - No Entry 2: Salman Khan, Anil Kapoor, Fardeen Khan to be joined by Janhvi Kapoor and THESE 2 other young heroines? [Deets Inside]

Talking to Barkha Dutt, at the We The Women event recently, Bhupathi recalled the time when Lara had told him about Sajid ill-treating her Housefull co-star. He said, "We were in London at that time. She would come home and her closest friend was her hair dresser and they both would be complaining about how one of her co-stars was being treated by the director. Rude, vulgar. I told her, ‘You guys are all complicit. All the four of you, who were in the film, were listening to what he was saying and not telling him it’s not ok'. So, at some level you guys are complicit and she agreed." He did nod in agreement with the moderator when she said that it must have been difficult for them to speak up because their work was in the line, but he added, "In sports, the cream always rises to the top. If you’re good at what you do, you are going to win matches and get results. Obviously, the film industry is different. If the fraternity decides to ostracise you, you don’t get work. But I don’t think its a good enough reason to let things like these slide." Also Read - IIFA 2022: Ananya Pandey to Nora Fatehi, Bollywood hotties set the green carpet on fire with their stylish avatar

He also explained Lara's side and said, "I think her explanation was the girl was sitting right here and she was ok with it or taking it." Not just that, the sportsman also criticised top Bollywood stars, without naming any of course, for not speaking openly and stated, "I don’t think the cream of the industry has supported the movement. No one said anything. Everyone is on their super-fast path to success at different levels and if it’s not affecting them, it’s not affecting them." If you're wondering, Lara worked alongside Deepika Padukone and Jiah Khan on the film. Also Read - Saif Ali Khan says his drag avatar in Humshakals was ‘hideously embarrassing’; recalls discussing bust size with Riteish Deshmukh