"...and every time she'd hit like a different spot on my face," revealed Oscar Isaac, who plays Poe Dameron in Star Wars... 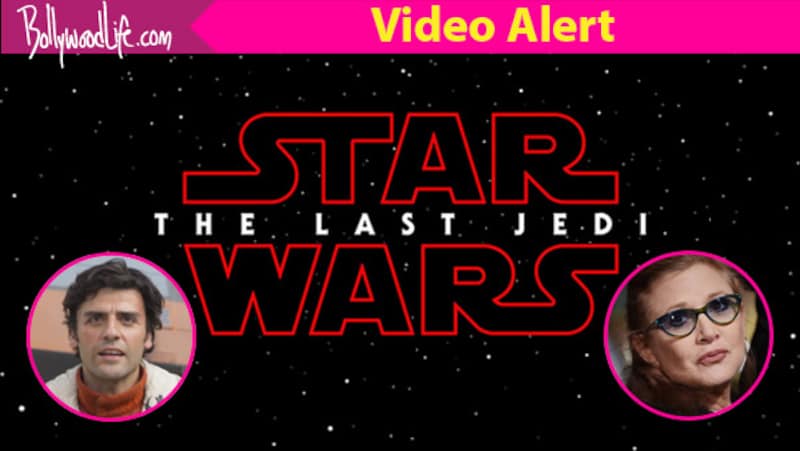 Oscar Isaac, who plays Poe Dameron in the new trilogy of Star Wars was present as the guest on The Late Show. It was then he was asked about the late legendary actress and Star Wars veteran Carrie Fisher and if he had scenes with her, to this Oscar replied, "Actually a large amount of the stuff I got to do was with Carrie, which was amazing. Also Read - Ranbir Kapoor REJECTING Star Wars, Priyanka Chopra declining Immortals and more: Bollywood stars who said NO to big Hollywood projects

He further added, "I remember the first day of shooting was a scene with Carrie. And it was still — often times that first day, the filmmakers, everybody's trying to get the tone and figure it out — and I remember it was a scene where I come up and talk to her and she's very upset with me and slaps me. And [director] Rian [Johnson] kept doing it over and over. It ended up being like 27 takes of Carrie just leaning in, and every time she'd hit like a different spot on my face." Also read: Star Wars celebrations:The tribute to Carrie Fisher aka Princess Leia will make you well up Also Read - Trending Hollywood News Today: BTS member RM's Sexy Nukim music video, Lord of the Rings series breaks records and more

Having said that he added, "She was by far the quickest witted, the funniest, most down to earth, real human beings I ever had the opportunity of working with and she's done an amazing work in this so...ya it was definitely a heartbreaker." Also Read - Upcoming new movies this week in September 2022: Brahmastra, Obi Wan Kenobi a Jedi's Return and more to release in theatres, OTT

Carrie Fisher who played the iconic Princess Leia in the original trilogy and later General Leia in the new trilogy succumb to heart attack last year on December 28, 2016. She was 60 years old."It is with a very deep sadness that Billie Lourd confirms that her beloved mother Carrie Fisher passed away at 855 this morning," Simon Halls, a representative for Fisher’s daughter, said in a statement to NBC News. “She was loved by the world and she will be missed profoundly."