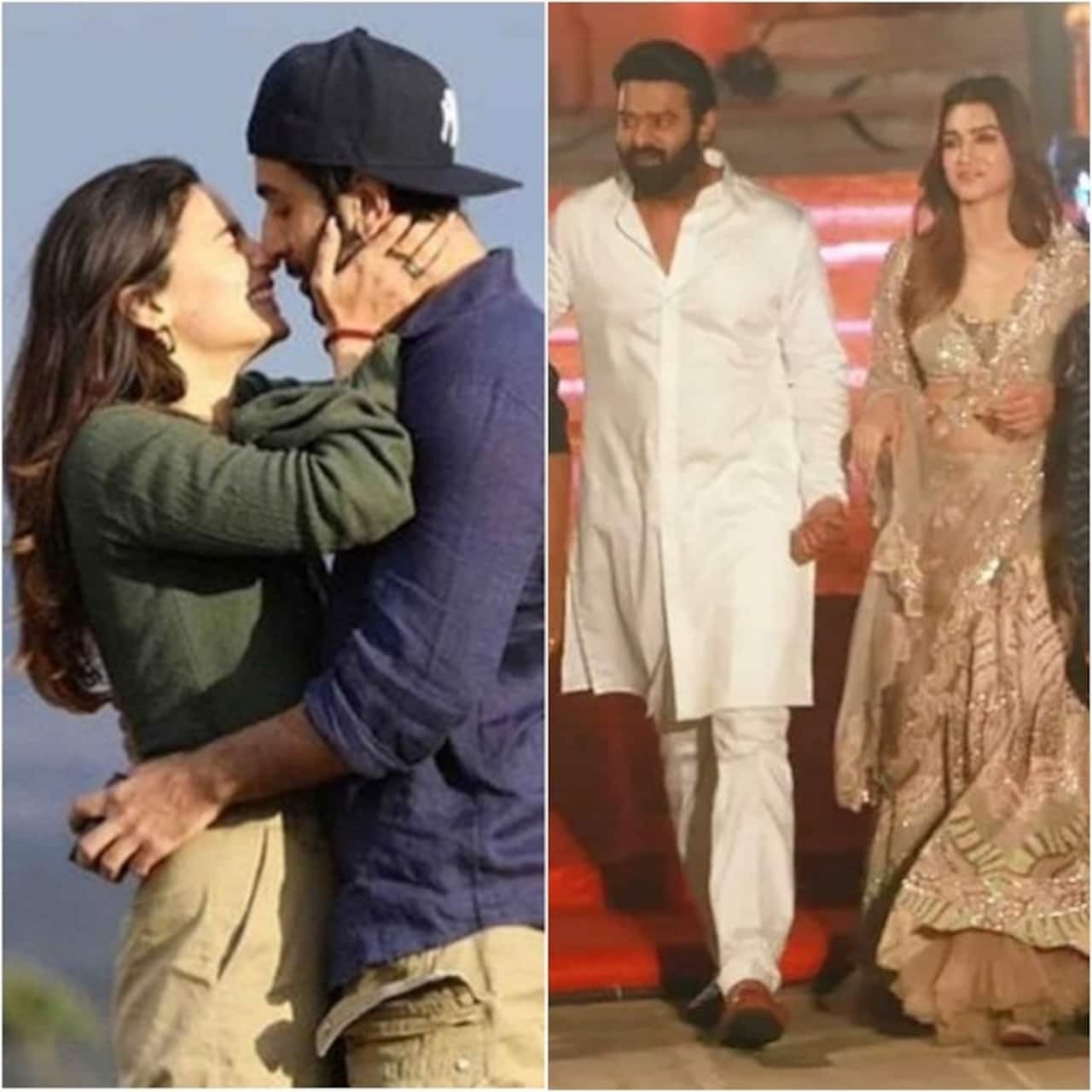 The entertainment never sleeps and keeps fans entertained with their daily activities. From IFFI 2022 jury head calling the Vivek Agnihotri directorial The Kashmir Files a propoganda and vulgar film to Varun Dhawan hinting at Kriti Sanon and Prabhas being in a relationship, here are the top trending entertainment news today. Also Read - Priyanka Chopra Jonas takes baby Malti Marie out for a stroll on a snowy day; calls it the 'perfect moment' [PICS HERE]

Alia Bhatt got clicked with her parents Mahesh Bhatt and Soni Razdan. Her appearance left fans awestruck with her fitness level even after delivering her first child, a baby girl named Raha earlier this month. Check out full story here. Also Read - Adipurush: Kriti Sanon says she's extremely proud of Prabhas starrer, 'I hope it gets its due'

Giorgia Andriani said that marriage is not on the cards for her and Arbaaz Khan. The two have been dating for the past four years. The model-turned-actress said that she and Arbaaz are very good friends and she believes that their relationship has changed due to pandemic lockdown. Check out full story here. Also Read - One Nation: Mohanlal and Kangana Ranaut to feature in Vivek Agnihotri and Priyadarshan mini-series; deets inside

During the closing ceremony of IFFI 2022, the jury head and Israeli filmmaker Nadav Lapid called the Vivek Agnihotri directorial The Kashmir Files a propaganda, vulgar movie. He also added that the film is inappropriate for an artistic competitive section of the festival. Check out full story here.

Reports of Kriti Sanon and Prabhas' secret relationship have been doing the rounds of the industry for a long time. And now Bhediya actor Varun Dhawan has spilled the beans on Kriti's secret affair with her Adipurush costar Prabhas. Check out full story here.

Aishwarya Rai Bachchan along with her daughter Aaradhya Bachchan were spotted attending Riteish Deshmukh and Genelia D'Souza's kids birthday party. And she did not hesitate to take a sly dig at the paparazzi who were asking her to pose for some photographs. Check out full story here.

Alia Bhatt and Ranbir Kapoor to reveal their daughter's face

Alia Bhatt and Ranbir Kapoor became proud parents to their baby daughter Raha. And while the couple has refrained from revealing their baby's face, Bollywood Life has learnt when the duo are planning to make the big reveal. Check out full story here.