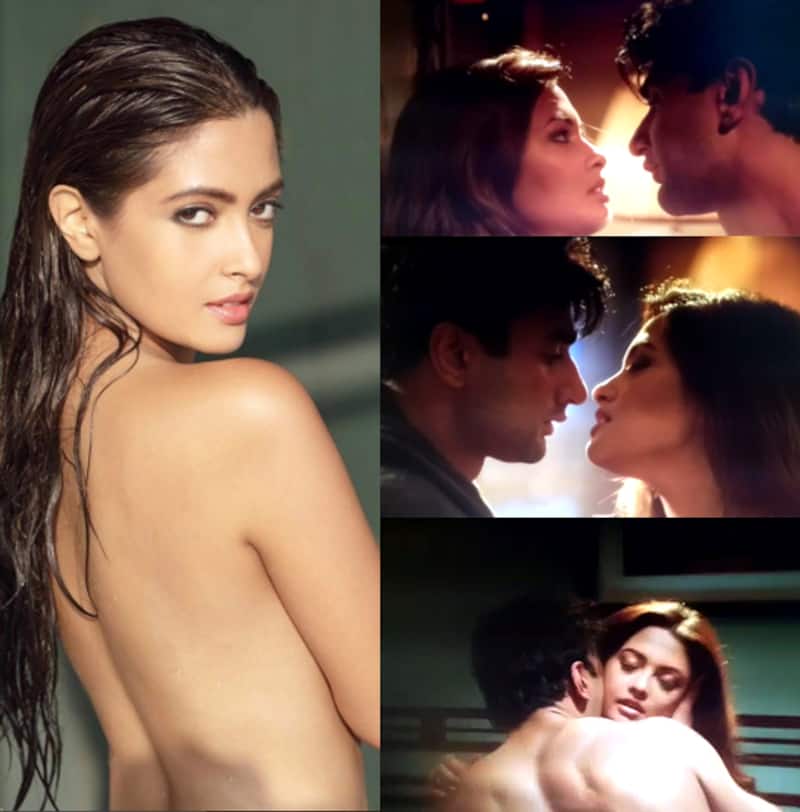 If you were completely bowled over by the wild and raunchy first look poster of Ragini MMS Returns starring Karishma Sharma and Siddharth Gupta, there's something more in store for you... Ragini MMS Returns is yet to return as a web series and a BOLD and STEAMY scene has already been LEAKED! Nope, it doesn't have the sultry Karishma Sharma in it but it's Riya Sen who is seen getting intimate with her Ragini MMS co - star Nishant Malkani in this leaked video. We don't know how this video surfaced on the internet or who leaked it, but it's going viral all over social media. For those who don't know, Riya will be essaying the pivotal role of Simran in the horror and sex genre. Also Read - From Kangana Ranaut to Sunny Leone: 7 Bollywood actresses who have the hottest navel piercings [View Pics]

Initially while shooting for the web series, Riya Sen when Riya got to know about the steamy scene which was meant to be shot in an explicit manner, she went up to the director of the web series, Suyash Vadhavkar and conveyed that she would be highly unfcomfortable doing so. Obviously, the director then toned down the intimate scene considerably. (ALSO READ: A TOPLESS Karishma Sharma gets wild and raunchy with Siddharth Gupta on the first poster of Ragini MMS Returns) Also Read - Riya Sen birthday special: John Abraham, Ashmit Patel, and more; celebs the Style actress dated before getting married to Shivam Tewari

Riya’s claim to fame was the famous MMS scandal with her then-boyfriend Ashmit Patel. Riya denied and said that the MMS was doctored and did not featured her. But post this controversy, the actress disappeared from films. So when Ekta was making Ragini MMS for web, it was this MMS incident that made her take Riya in the show. So this web series will actually be a big comeback for Riya. Also Read - MS Dhoni-Raai Laxmi, Virat Kohli-Tamannaah and 8 more cricketer and actress romances that went kaput

The web series is produced by Ekta Kapoor and is directed by Suyash Vadvakar. Keep watching this space for more updates on Ragini MMS Returns!