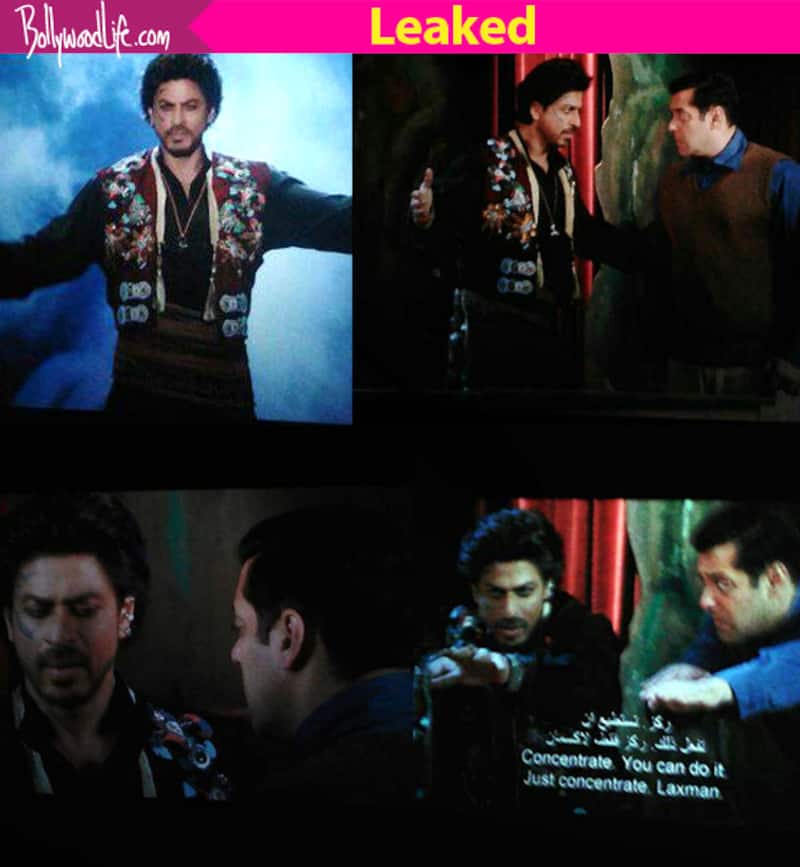 It is indeed a dampener when a movie or even it's parts get leaked online. And looks like some excited fans have just done that, with less than 24 hours for the film's release pics of Shah Rukh Khan's special appearance in Salman Khan's Tubelight have leaked online. We bet that fans will be mighty pissed just like the makers, because SRK's role was crucial and kept under wraps all along. Yes, we did see a glimpse of Shah Rukh in the first trailer of Tubelight, however he was not a part of the film's promotions in any way. Now with these stills it is very evident on what SRK's part in the film is all about. The leaked pictures also reveal King Khan's look in Kabir Khan's this movie. Also Read - Pathaan actor Shah Rukh Khan to Tiger 3 actress Katrina Kaif: WORST statements made by these Bollywood celebs will leave you shell-shocked

Tubelight was supposed to be Salman and Shah Rukh's reunion on silver screen after almost a decade. The last time we saw the two superstars in one frame was in Farah Khan's Om Shanti Om. Here SRK looks like a magician and seems to be motivating Laxman to believe in himself. Going by the tag line and the trailer looks like SRK is playing a catalyst, who gets Salman to realise his true potential in the film. From the looks of it, seems like these pics were leaked from the screening in middle east. Here take a look at the two good looking Khans in one frame... Also Read - After Adipurush teaser launch 'We Want Ra One Back' trends as Shah Rukh Khan fans remember it had amazing VFX [View Tweets] 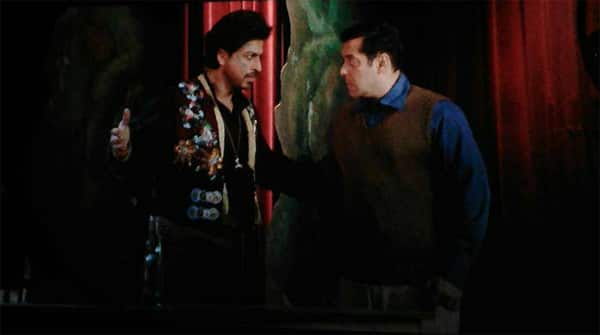 Salman had even revealed how he got SRK on board and we bet the fans of the two stars were shocked to find out how easy it was. Tubelight is all set to release on June 23. The film marks debut of Matin Rey Tangu and Zhu Zhu in Bollywood. And yes, Salman and Kabir have worked and made records at the box office in the past, we will now have to wait and watch if Tubelight manages to beat the old milestones and create a new landmark in their partnership. For more news and updates on Salman Khan's Tubelight come back right here!