LEAKED! Priyanka Chopra's look from A Kid Like Jake, how hot is this woman? view pics

Priyanka Chopra why be so gorgeous all the time?

Priyanka Chopra is a name that fills us with great pride. The way she is managing her work in two of the biggest entertainment industries in the world deserves a standing ovation. We agree that her work in India has been mostly in the regional section given the fact that she was busy shooting for her show Quantico. But you have to give it to her that she is managing her production ventures here pretty well. Now we know she is busy preparing for her return to big screen as well. That's not it! She has already begun work for her next Hollywood film after Baywatch called A Kid Like Jake. We have a few pics from the sets which will help us get through the day because PC is looking like Miss Sunshine. Also Read - Priyanka Chopra puts rumours of spat with Meghan Markle to rest with THIS heartwarming wish on the latter's 40th birthday; says, 'Bravo, my friend' for THIS noble work

In a cold-shoulder orange dress, Priyanka Chopra brightened our dull day. And that gorgeous smile... no wonder West is crazy about her. They anyway can't get over the fact that she has such lovely hair. Now with these pictures from the sets we are pretty sure her fans there are as excited to see her as us. Check it out right here...

We know exactly why Priyanka Chopra's Quantico will have only 13 episodes; hint: Bollywood

Also Read - Priyanka Chopra caught on camera: 10 embarrassing pics that the actress will never want you to see 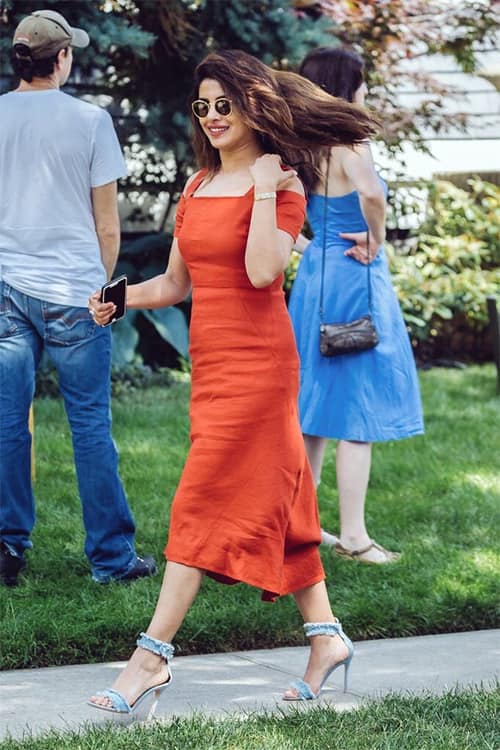 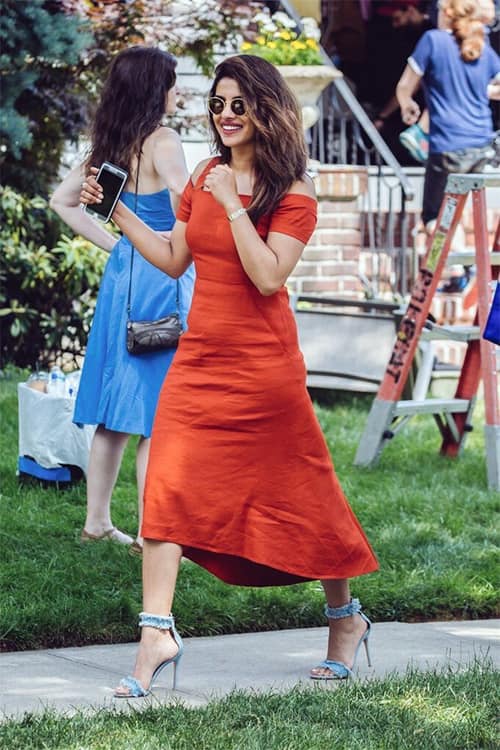 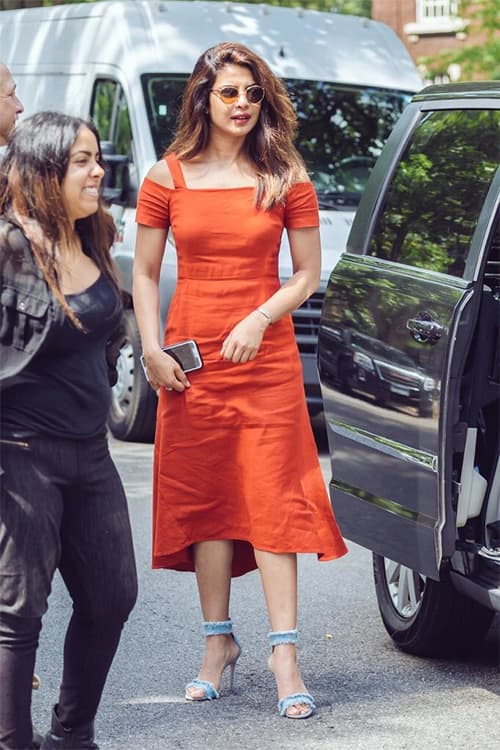 So what do we know about PC's second Hollywood film? Let's see... reports suggest she plays a single mother in the film. Now you are doubly interested in it, right? Same pinch, guys! As per reports carried by Deadline and Variety, plot of the film revolves around a four year old kid named Jake, and his parents. The parents will try to find the right kindergarten for Jake, while coming to terms with Jake’s gender identity. Priyanka will play the parents’ friend – a single mother named Amal. Doesn't that name sounds familiar? Your guess is as good as ours ;)
Also Read - Priyanka Chopra cuddles Nick Jonas as they reunite after months and it's all things ADORABLE – view pic Stay tuned to BollywoodLife for the latest scoops and updates from Bollywood, Hollywood, South, TV and Web-Series.
Click to join us on Facebook, Twitter, Youtube and Instagram.
Also follow us on Facebook Messenger for latest updates.
Advertisement