Liger: Mystery behind Vijay Deverakonda wearing Rs 200 chappals at all the promotions SOLVED

At Liger promotions, Vijay Deverakonda is seen wearing gray chappals worth Rs 200. Ditching all the big brands, what's the thought behind it? 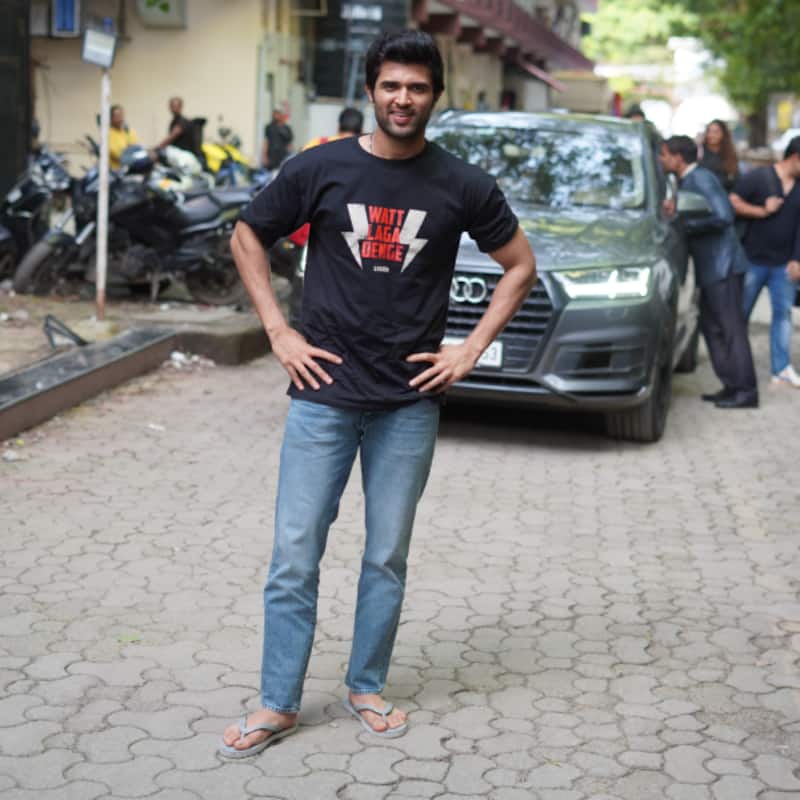 Vijay Deverakonda, Ananya Panday are on their toes promoting their upcoming film Liger. From visiting malls to traveling on a local train, they are doing it all. The trailer launch event of Liger was a HIT affair. As the stars launched the trailer in multiple cities, Vijay Deverakonda fans went totally crazy as they got a glimpse of their favourite star. But one striking thing that left everyone curious is that Vijay showed up wearing Rs 200 chappal. Fans wondered why Vijay chose to ditch the fancy brands to were chappals. We have the answer. Also Read - Love BTS photo cards? Kim Taehyung, Jungkook, Jimin's pics have been sold for as much as above Rs 60K [View List]

Mystery behind Vijay Deverakonda wearing chappals solved
The Arjun Reddy actor's stylist Harmann Kaur revealed the thought behind him wearing chappals. It was Vijay's direction that his look during the promotions to be in-sync with his character in the film. To Pinkvilla, the stylist said, "I was all prepped to make it really top-notch chill until Vijay called me one day and said let’s be closest to the character and keep a very underdog look. He specifically asked me for the basic chappals and initially, I was a little hesitant but I also always trust Vijay’s dressing up ideas because I know he ends up making it the talk of the country." The gray chappals have indeed become famous thanks to Vijay Deverakonda. In fact, even Ranveer Singh had taken note of it when he appeared at trailer launch event. Also Read - Independence Day 2022: TV actresses who freed themselves from abusive relationships and set a strong example for other women

Liger release date
The film that marks Vijay's Bollywood debut is going to release on August 25, 2022. The actor plays the role of MMA fighter in the film. Apart from the lead stars, Liger will also see American boxer Mike Tyson. Going by the craze, one can expect that the film will be a hit. Also Read - Happy Birthday Mahesh Babu: Raja Kumarudu to Pokiri; here's a list of blockbuster movies of the Telugu star