Liger star Vijay Deverakonda is one of the most wanted Munda in the country. He is one of the most loved stars and his popularity, especially amongst females has increased considerably. Vijay has been linked to Ananya Panday, Sara Ali Khan, Rashmika Mandanna and more. Here's what he has to say about being linked up. 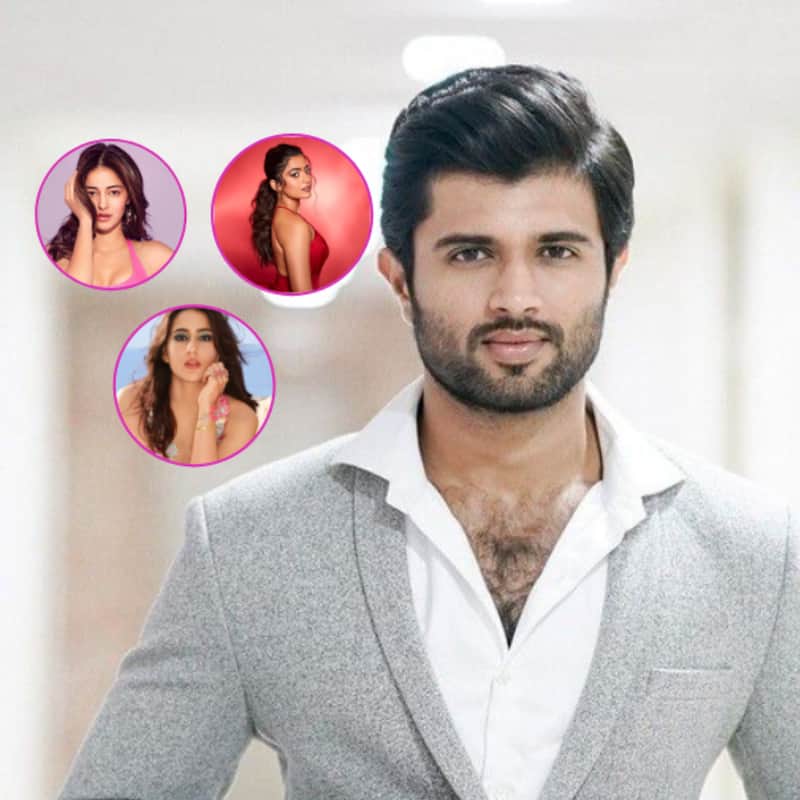 Vijay Deverakonda is getting a lot of love not just from his female fans all around the country but also from Bollywood beauties – Sara Ali Khan, Janhvi Kapoor, Ananya Panday, and Rashmika Mandanna to name a few. For a long time now, Vijay's link-up rumours have surfaced. And ever since his Koffee With Karan appearance and the promotional events of Liger, the link-ups have just been getting stronger with each passing day. But, what does Vijay Deverakonda has to say about his link-ups? Read on to know more... Also Read - Why Aryan Khan royally ignored Ananya Panday at a recent event: The REAL reason revealed [Exclusive]

Vijay Deverakonda linked up with actresses

Vijay Deverakonda is one of the biggest trends in the entertainment news every day. Vijay has always been linked to Rashmika Mandanna with whom he has worked in Geetha Govindam and Dear Comrade. They have shared a sizzling chemistry on screen which has led to the rumours. But they have always maintained being 'just friends' always. Recently, Sara Ali Khan and Janhvi Kapoor both confessed to having a crush on Vijay Deverakonda in a Koffee With Karan 7 episode. But this is not the first instance, he has been linked up with Sara Ali Khan back when their pictures from a party together had surfaced. And Janhvi and Sara's recent confession only led to more rumours. Talking about Ananya Panday, ever since they confessed to going on a casual date, they have been linked together a lot. Also Read - Rashmika Mandanna FINALLY reacts on dating rumours with Vijay Deverakonda: 'When the whole world is like 'Rashmika and Vijay', I am like...'

Vijay Deverakonda's take on being linked up

So, what does Vijay has to say about all the link-ups? During a group interview, as per TOI, the actor called it collateral damage of being a public figure. He adds, "When people love you and want to know more about you, they’re just interested in your life." The actor said that he is okay with the news article talking about rumours surfacing. Vijay said that he'd rather be who he is and have the rumours written about him than be a nobody and have nothing written about him. Vijay adds that he is okay with all the rumours and they don't bother him. Also Read - Trending Entertainment News Today: Vijay Deverakonda's relationship status revealed; Karan Johar on not inviting Taapsee Pannu on KWK and more

Meanwhile, the Censor Board's review of Liger is out. The Vijay Deverakonda film co-starring Mike Tyson, Ramya Krishna, Ronit Roy and others is releasing on 25th August 2022. It is helmed by Puri Jagannadh. Censor Board praised Vijay's 'monstrous' acting chops and said that with Liger he'll be launched as the next pan-India star. Moreover, they also praised his chemistry and storyline with Ananya Panday.