The actress posed in front of the mirror at her villa....

Actress Lindsay Lohan has posed topless in a new photograph. The 29-year-old took to Instagram on Monday to share the image in which she has stripped down to a pair of lacy knickers while posing in front of a mirror at her Cavo Tagoo hotel room on Mykonos Island in Greece, reports said. Also Read - Hollywood News Weekly Rewind: Khloe Kardashian opens up on her leaked bikini pic; Farhan Akhtar might collaborate with Marvel

In the photograph, the Mean Girls actress held her cellphone with both hands. She showed off her cleavage while covering herself with her arms. "I love my golden villa at Cavo tagoo. Thank you to my friends here," she wrote alongside the image. Also Read - Lindsay Lohan faces backlash for posting a nude picture - read deets 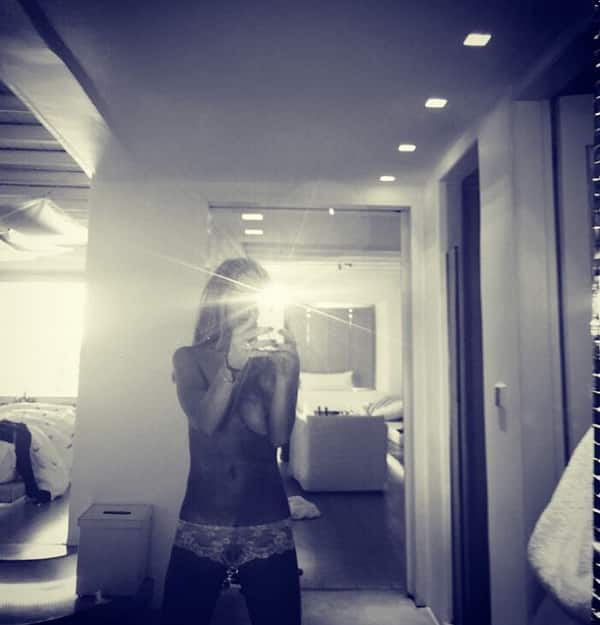 Earlier on Monday, Lohan shared a photograph of her with a group of men. She wore a black-and-white cutouts top and black pants paired with black boots. She completed her look with black aviator, red lipstick and nail arts. She captioned it: "Lindsay Al lohan @moalturki hahahaha".