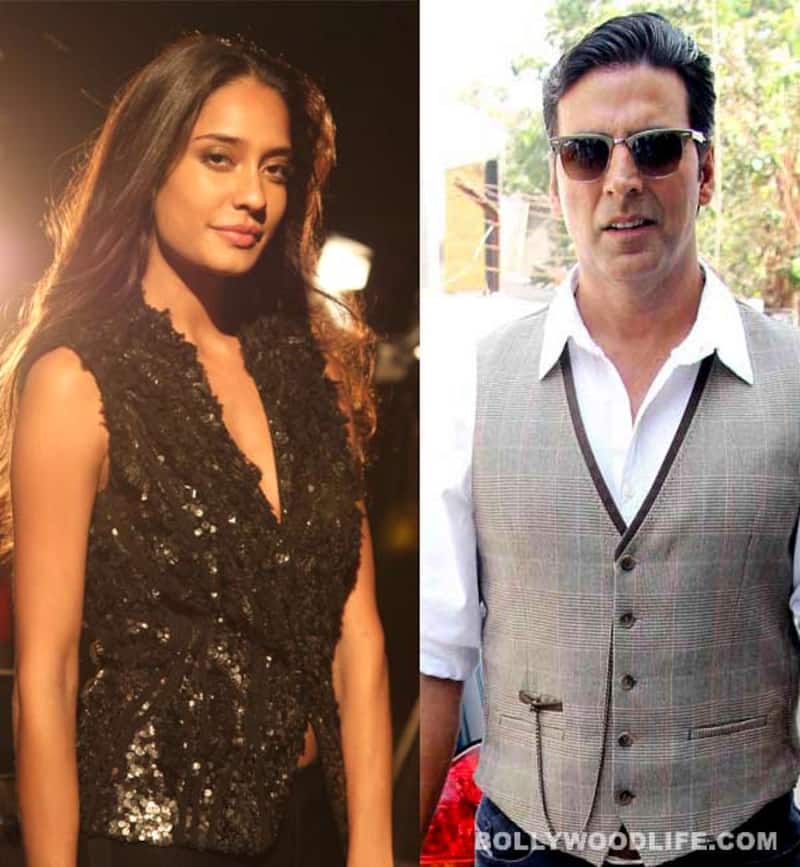 The four films old actor, who was raised in Australia, is happy that her Hindi is getting better with each project. Also Read - Trending South News today: Kangana Ranaut replaces Jyothika in Chandramukhi 2; Adipurush stars Prabhas, Kriti Sanon to get engaged and more

"Yes, Akshay helped me a lot with Hindi. He does half of my lines. In fact his Hindi is far better than mine can ever be. It is a slow process. I know one can't learn Hindi in a day. But shooting for so many days and speaking it every day has surely bettered it. Akshay is amazing and lots of fun. He is immensely talented and very encouraging," Lisa told PTI.

The 28-year-old actor was in the Capital to walk the ramp for designer Monisha Jaising at the day three of the ongoing Indian Couture Week. She looked every bit of a Punjabi bride in a black leather lehanga with chooda and kalire.

In Shaukeen remake, Lisa will be reprising the role of Rati Agnihotri. The film was earlier offered to Nargis Fakhri but she opted out of it for her debut Hollywood film 'Spy'.

"I don't think about all of that. I just feel I was very fortunate to get the film, I see it that way. Till sometime back, people wouldn't have even considered for a film like Shaukeen and after Queen released, they called me, she said.

Lisa also credits her last outing 'Queen' for getting meatier roles in Bollywood.

"I have started getting meatier roles and people started noticing me after the film. I hope it continues that way. I am fortune to be a part of it," she said.