Lisa Haydon flaunts her HOT body in a bikini while she goes water surfing in Bali; fans ask' Do you even really have 3 kids?' 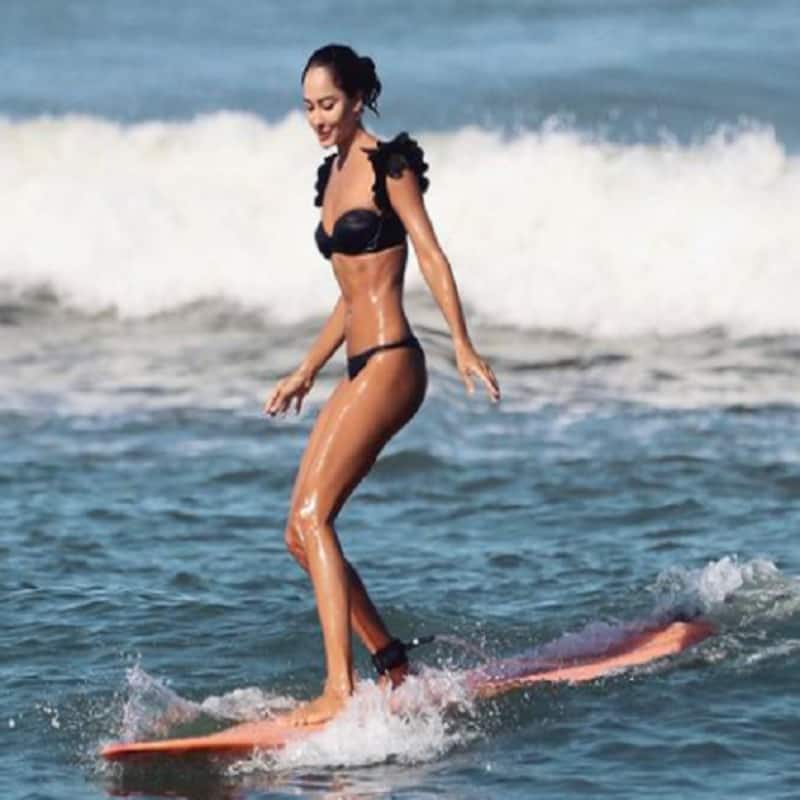 Lisa Haydon dropped her pictures in a bikini as she goes water surfing Bali and took the internet by storm. The fans are in disbelief that the Ae Dil Hai Mushkil actress is a mother of three kids. They are going bonkers over her toned body and no one will even dare think that she is a mother of not one but three kids. Well, like they say some people are blessed and Lisa is one of them. Not only fans are going gaga over her uber-sexy body, Bollywood actress Pooja Hegde has declared her the sexiest mom on the planet and we cannot agree more with her. She dropped a comment on Lisa's Haydon post that reads, " I mean… WHAT is this body even?!!!! Hottest mom on this planet for sure!", with a fire emoji. Also Read - Adipurush star Prabhas went down on his knees to propose Kriti Sanon? The rumoured couple might get engaged soon [Report]

Lisa got married to Dino Lalvani in 2016 and within 4 years of her marriage, she has three kids. Calling it the most humbling experience of having 3 kids in these four years Lisa shared a post that said, "So I’ve been away from insta for a while now, here’s my best attempt at a catch-up post. Things can feel pretty extra after having a baby. A lot of it is probably hormones. Two under two and three kids in four years has been truly humbling. I don’t mean humbling in the way I’ve heard ppl say after winning an Oscar lol But humbled in an, I feel incapable kind of way. I thought we’d be taking it one day at a time, but we’re down to take it one feed at a time." Also Read - Vicky Kaushal gets REPLACED by Vijay Deverakonda for THIS project? Exclusive SCOOP inside

Lisa Haydon has been in films like seen, Housefull 3, Ae Dil Hai Mushkil and many more. While she is having the time of her life, her fans cannot wait to see her back in movies. Also Read - Bigg Boss 16: Gauahar Khan takes a dig at Tina Datta; says she finally has a taste of her own medicine after Shiv chooses Nimrit as the new captain