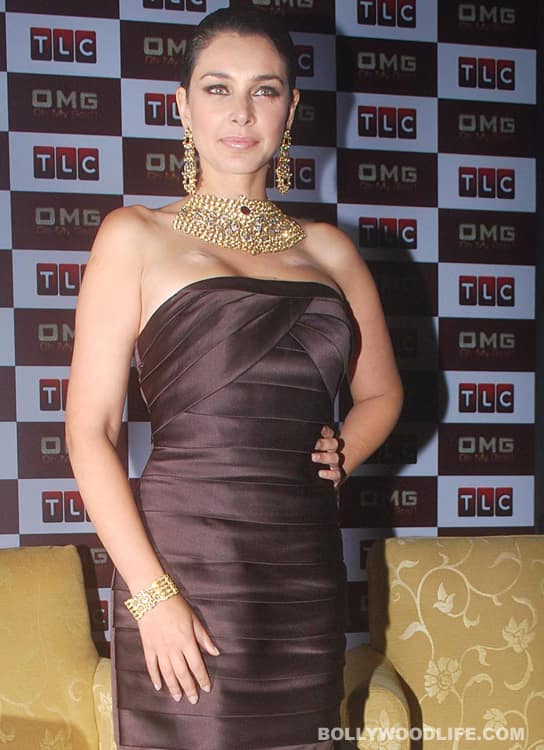 The Indo-Canadian actor, who is a cancer survivor, celebrates her birthday today

The sizzling Canadian import is imprinted in our collective memory for her sensational appearance in Nusrat Fateh Ali Khan’s 1996 album Afreen Afreen. Today, Lisa Ray will blow out 40 candles on her birthday cake. Born in Toronto to a Bengali father and a Polish mother, she first caught the public attention when she donned a high-cut black swimming suit for an appearance in a commercial for Bombay Dyeing. She created a louder buzz after gracing the cover of Gladrags magazine a la Baywatch. She made her cinematic debut in a Tamil film Nethaji in 1994. Six years later, Lisa made her Bollywood debut with Aftab Shivdasani in the 2001 movie Kasoor. Lisa’s intense performance in the film caught the eye of internationally acclaimed filmmaker Deepa Mehta.

Lisa was then cast in Deepa’s film Bollywood / Hollywood (2002) opposite Rahul Khanna, and later in the director's 2005 Oscar-nominated film Water. Lisa has also worked in many critically acclaimed international films like All Hat, The World Unseen, I Can’t Think Straight and Psyche as well as Telugu and Kannada films. In 2009, the green-eyed beauty was diagnosed with a rare type of cancer called multiple myeloma. Following stem cell transplant, she was declared cancer free a year later. After fighting the deadly disease, Lisa made her comeback on the small screen and hosted a travel show Oh My Gold on TLC (Travel and Living Channel). Considered one of the 50 most beautiful people in Canada by Hello! magazine Lisa is a Diva in the truest sense of the word. We at BollywoodLife wish Lisa a very happy birthday! You can send in your wishes in the comments box below.