Logan movie review: Hugh Jackman's last ride as Wolverine is raw, dark, gritty, brutal and one of the best superhero movies of all time

Find out if Hugh Jackman's Logan is worth your time and money... 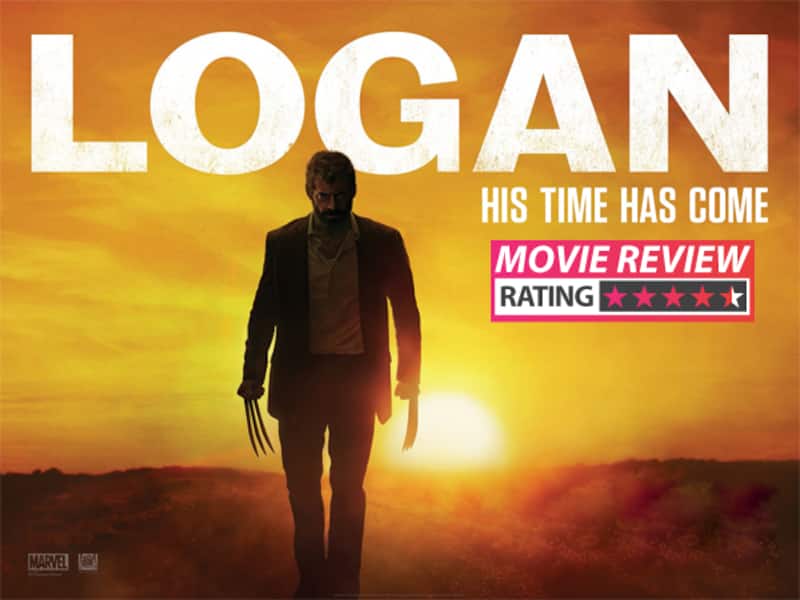 Logan takes place in the year 2029, where mutants are more or less extinct with the last three remaining mutants now old and struggling - Professor X, Caliban and Logan aka Wolverine. Logan's vaunted healing factor has slowed, and at times doesn't seem to work at all. But to their surprise they are not the last of mutants. Their life changes when a young mutant X-23, who is similar to Wolvie more than he thinks, enters their life. In order to help her, Logan has to unsheathe his claws once more. His job isn't over yet... Also Read - Hugh Jackman's wife Deborra-Lee Furness reacts to rumours about the X-Men star's sexuality; says, ‘If he was gay…’

Where do I start? This is the Wolverine film Hugh Jackman deserved all along. This has to be one of the most unconventional superhero movies of all time, in fact, it's not exactly a superhero film. It's more about two misfits of sorts, who are dependent on each other, to try and find their lost glory, fight their inner demons to save a probable, 'future saviour' of the mutants. There are many gooseflesh-inducing moments in the film. All the action scenes in the film are intriguing and keep you on the edge of your seat. There is not a single over-the-top or dull moment in the film.

Hugh Jackman is no superhero Wolverine here. He is Logan - a washed up, long lost superhero, who is a part time chauffeur trying to earn enough so that he can take ailing Prof X somewhere in the middle of the sea (to save him from the world and vice-versa). Hugh Jackman's nuanced performance has zero wrong note. He sinks his teeth into playing the mature and most humane superhero of all time. His performance was never the issue in any of the X-Men/Wolverine movies in the past, it was the film itself and that changes with this one. Even though his motivation to save X-23 was solely monetary initially, it changes during the course of the film and that is portrayed by Hugh with utmost impact. His banter with Prof. X is one of the best.

Sir Patrick Stewart, as Charles Xavier, is the one who keeps Logan in check and keeps him from his suicidal tendencies. Not to take anything away from James McAvoy but Sir Patrick Stewart is perfect as Prof X. Dafne Keen as X-23 is one of the most badass mutants of all time. She'll instantly remind you of the Wolverine in his days of glory. She is brash and does a great job. Her camaraderie with Hugh is both hilarious and heartwarming. Boyd Holbrook as main villain is first rate. Also read: Logan star Hugh Jackman wants Shah Rukh Khan to play Wolverine - watch video

The film acts as a finale to 'The Wolverine' trilogy and as has been the norm, the third film is seldom right. But this breaks that rule and turns out to be the best not just in a Wolverine trilogy or X-Men franchise but one of the best superhero movies of all time...yet it's not a superhero movie. It's groundbreaking and R-Rated makes the film as real as it gets.

Kudos to director James Mangold for not succumbing to the norms of other X-Men films or generally superhero films and treating the film as a standalone feature. It's commendable that he went with his conviction. It was as if he wanted give the film the fair treatment it deserved, not being burdened up by what happened in X-Men Apocalypse, Deadpool or what will happen next in the series.

Special mention to music composer Marco Beltrami. The climax fight scene wouldn't have been the same without the background score. Johnny Cash's The Man Comes Around will stay with you for long after the movie ends.

Talking about the climax of the film, it's like a roller coaster ride and will give you all the feels. Also SPOILER ALERT! The climax scene where Logan finally turns into the wild Wolverine he was once known for, thanks to a serum, albeit for a short time, is every superhero film buff's dream.

Also, be ready with the tissues, you will need it for the gut-wrenching finale. The climax sort of breaks the fourth wall with its poetic sense.

Not once has it happened that I have a hard time finding fault in a film, especially when it belongs to the X-Men/Wolverine world. The only thing I could think of and it's not exactly a 'Not' was, I expected to see Wolverine in his Yellow-Blue comic book costume as the costume was shown in one of the trailers but was missing from the movie. A flashback may be, would've worked. But that's the fanboy in me talking. Also read: Logan movie review: Hugh Jackman's last turn as Wolverine can be Oscar worthy, say international critics

This may well be Hugh Jackman's The Dark Knight. The unconventional superhero film is the fitting finale that the actor deserved. He couldn't have asked for a better conclusion to the journey. It is a fact that no superhero movie has ever been nominated under the Best Film category at the Oscars but it is all set to change with this one. Nominations for Hugh Jackman and Sir Patrick Stewart won't be a surprise either.

As for all superhero fans...The film's going to get you the best orgasm of your life. Highly recommended!