Disclaimer: This is meant to be taken in a light manner. Sometimes, a little laughter is seldom a cause for worry!

Friendships in Bollywood is a fickle thing. You don't know which friendships last for long and which might break the next moment. Or whether people are even friends with each other, or are just faking stuff for the cameras. This is about an industry that gave us genuine movies on friendship like Dil Chahta Hai, Rang De Basanti, Dostana, Jo Jeeta Wohi Sikandar, etc. But in reality, you don't know whether Aamir Khan is really friends with the rest of the Bollywood, or when Salman and SRK's camaraderie might turn sour again (like it did two times before). One time besties Karan Johar and Kajol are no longer friends with each other. Also Read - Trending Entertainment News Today: Shah Rukh Khan-Kajol to reunite, Sherlyn Chopra accuses Raj Kundra of sexual assault, Aditya Roy Kapur in Thadam remake and more

So taking how high Bollywood considers the value of friendship, we imagine if these celebs send their frenemies cards with personalised messages on Friendship Day, it would be quite bitchy and catty. Let's put out 7 such examples that our twisted minds had contorted, keeping in mind the recent events in consideration... Also Read - Priyanka Chopra can't stop laughing as Jay Sean croons the English translation of Shah Rukh Khan - Kajol's Mehndi Laga Ke Rakhna – watch 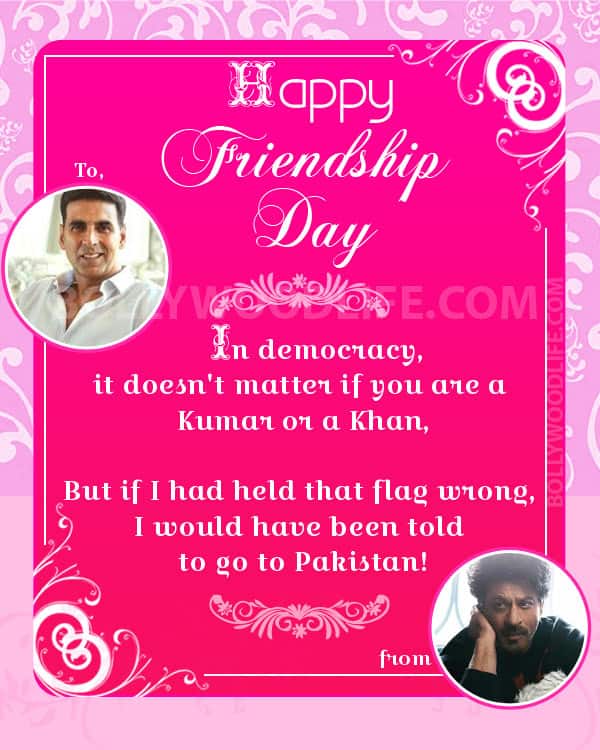 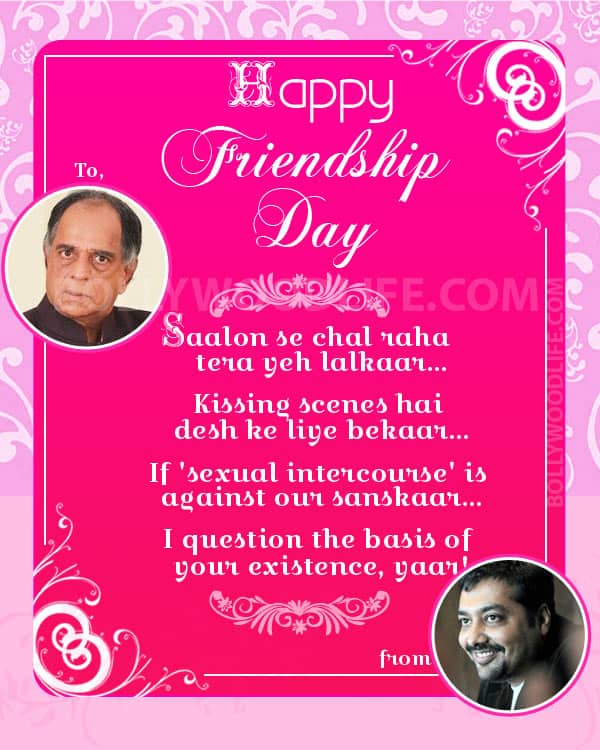 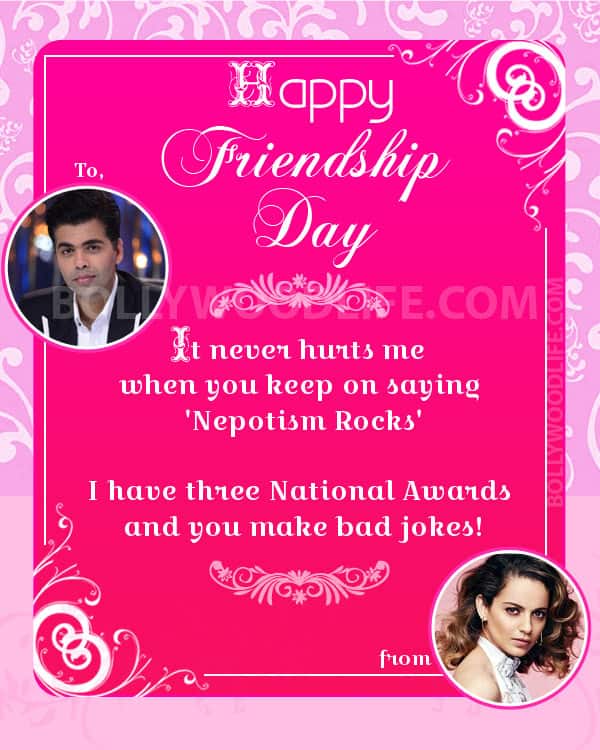 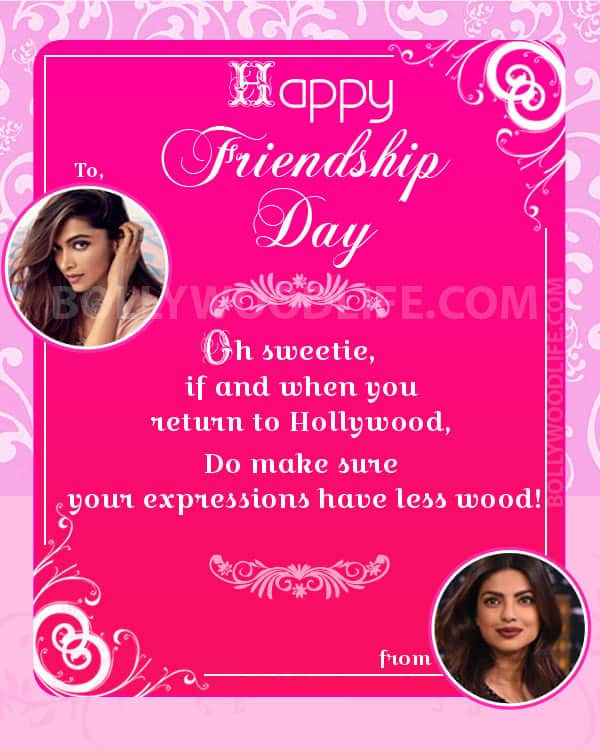 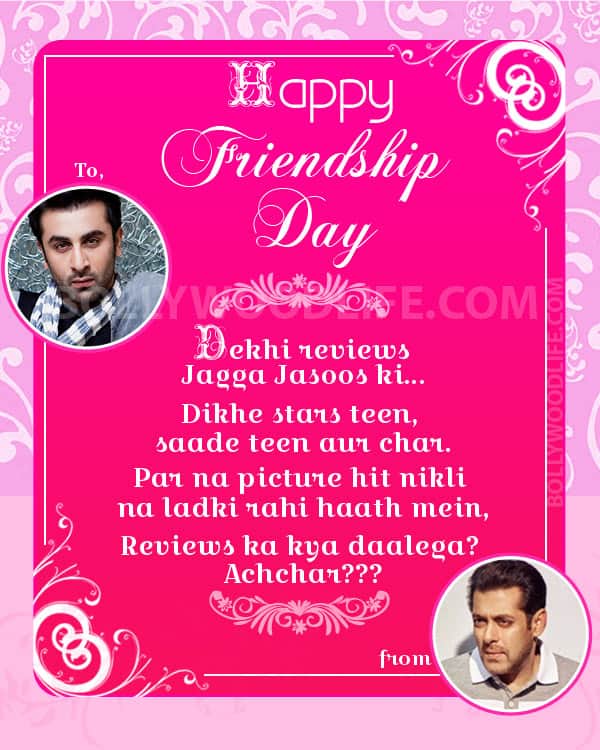 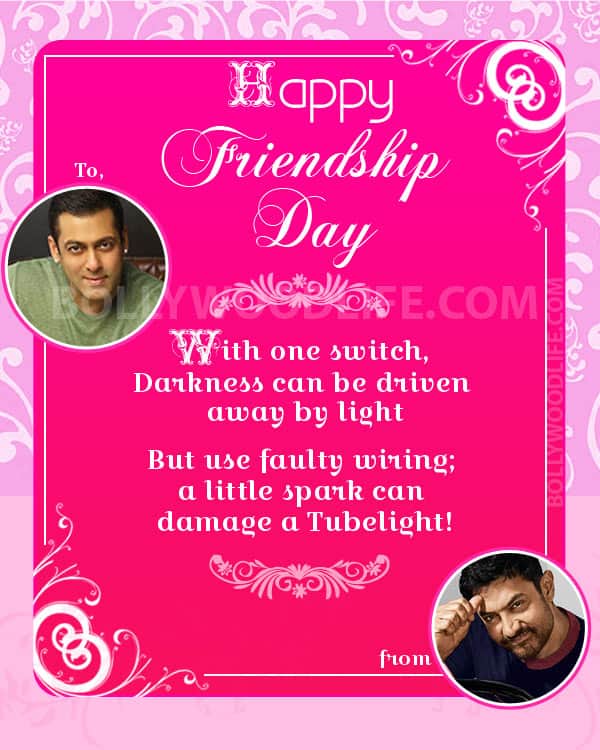 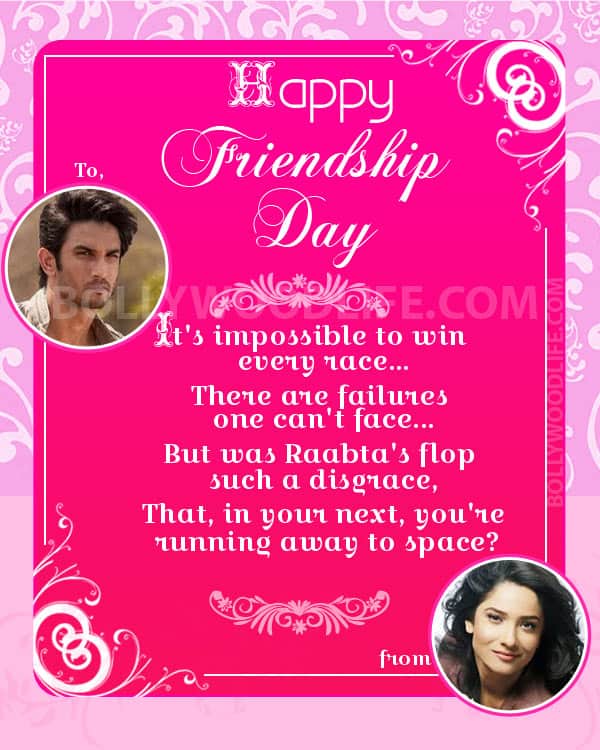 Also Read - SAY WHAT! The iconic pair of Shah Rukh Khan and Kajol to return on the silver screen for THIS film?