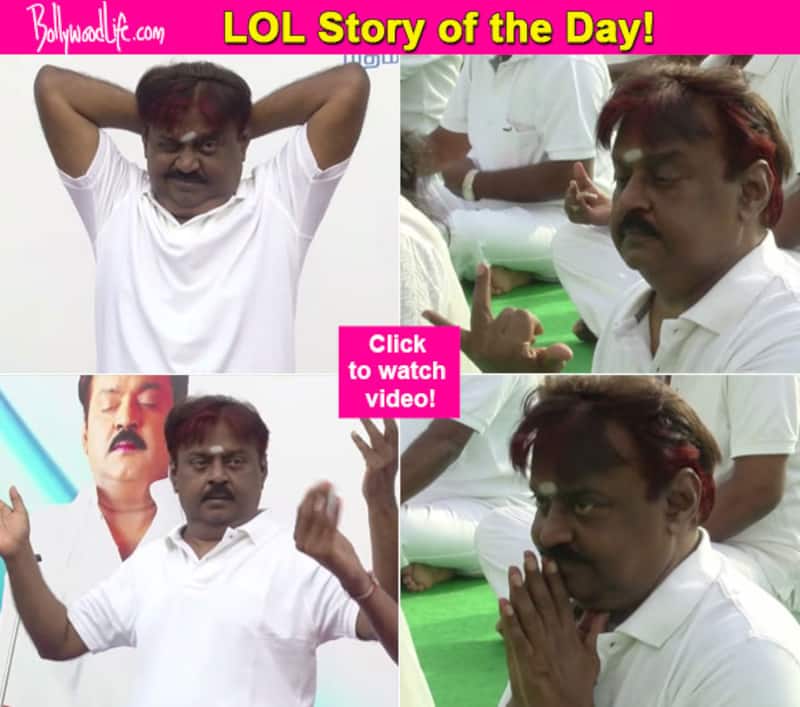 It doesn't matter if you don't know who Vijaykanth is, after watching this video I assure you that you won't forget him

While there were numerous mass Yoga sessions conducted throughout the country, this one organised by DMDK chief Vijaykanth beats the rest hands down. Known for his unbelievable action stunts in his movies, this gravity defying actor-turned politician trying yoga for the first time will leave you in splits, gasping for breath. Also Read - Narendra Modi 72nd birthday: The Kashmir Files Director Vivek Agnihotri thanks PM for 'inspiring and motivating Indians' in heartfelt video

A certain video of Vijaykanth doing yoga has gone viral over the internet. In the video, one can spot how clueless and out of place does Vijaykanth look trying hard to maintain his dignity, but failing miserably as he is betrayed by his hilarious yoga moves. One cannot the miss the look of surprise and shock on his face, when he realises that he has got it all wrong. And his nervous smiles just add to the LOL factor of the video. Also Read - PM Narendra Modi birthday special: Shah Rukh Khan, Akshay Kumar, Prabhas and more celebs' fan moments with the Prime Minister 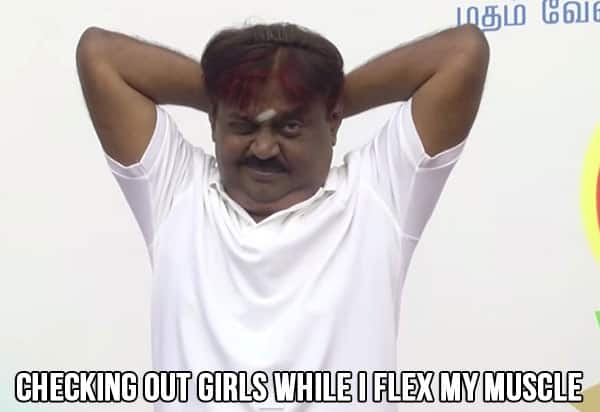 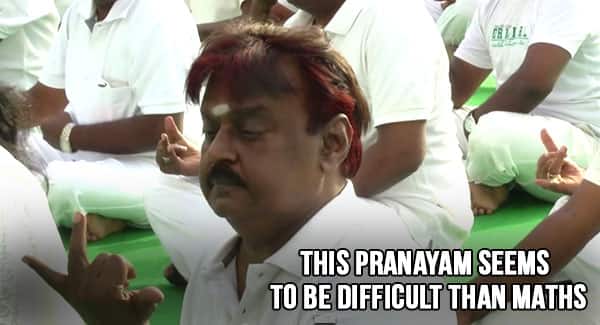 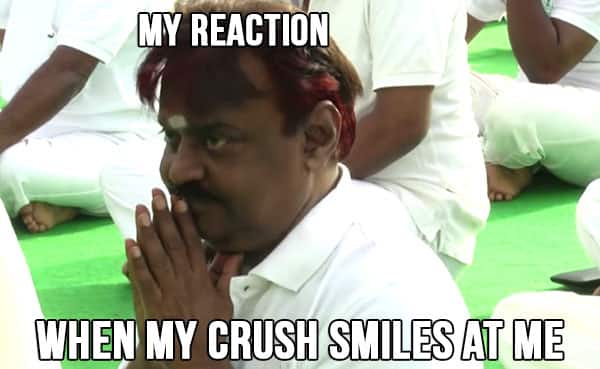 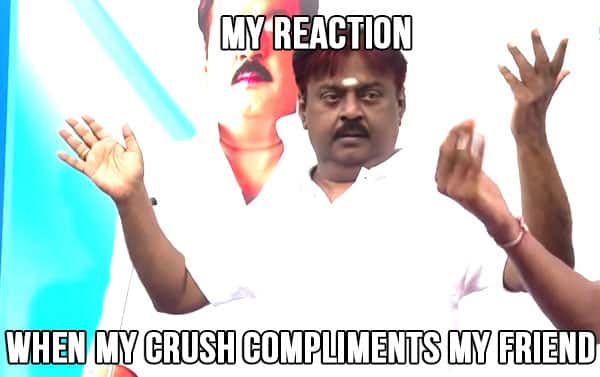 Check out the hilarious video below: