LOL Story of the day: What we expect Salman Khan and Shah Rukh Khan to do on Sunday's episode of Bigg Boss 9!

This Sunday, television is gonna be epic. The ratings for Colors channel is going to be an all time high. The Bigg Boss show will witness history. And I am no Nostradamus to say all this! Also Read - Bigg Boss 15: As fans wait for the new season, here's a throwback to the most bizarre moments of Salman Khan's show

After all, any 4-year old kid can say that when Salman Khan and Shah Rukh Khan come together for any cause or event, it's gonna be EPIC...totally in capital letters! And they are going to do so this Sunday, when Shah Rukh Khan will be the special guest on Salman Khan's Bigg Boss 9! Also Read - Bigg Boss 14 winner Rubina Dilaik flaunts her gorgeous tresses in this hair flip video

If you think I am over-exaggerating, just see how a single pic of theirs hugging Sultan style became viral within seconds! Every person, who is a fan of the series or not, of they are a fan of the actors or not, if they are Aamir Khan or not, will have their eyes glued on to their television screens as the two stars share the same space, and make Raakhee (their screen mother in Karan Arjun) go ecstatic and scream, "Mere Karan Arjun aa gaye!" Also Read - Bigg Boss 15: Transgender Pooja Sharma to be a part of the Salman Khan hosted reality show? Here’s what we know

Well, since they are hosting a Bigg Boss episode together for the first time, this what we our screwed minds at BL them to do: 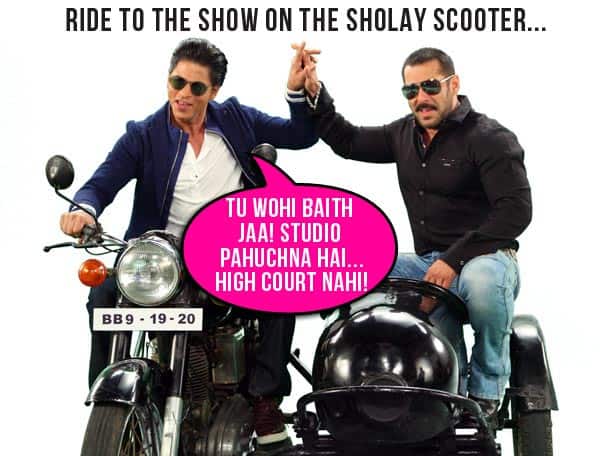 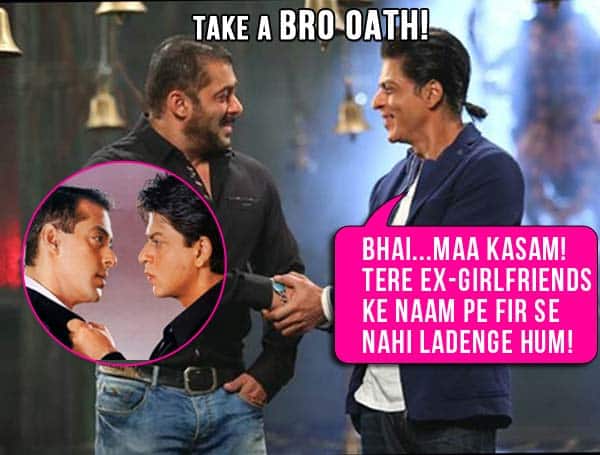 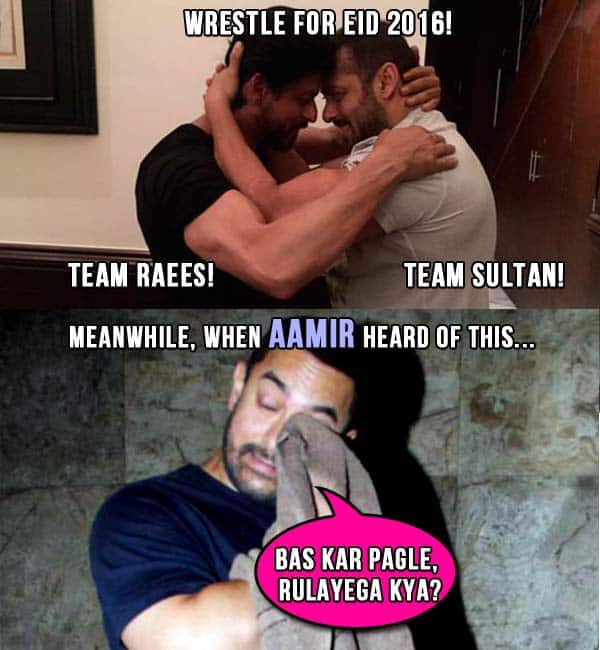 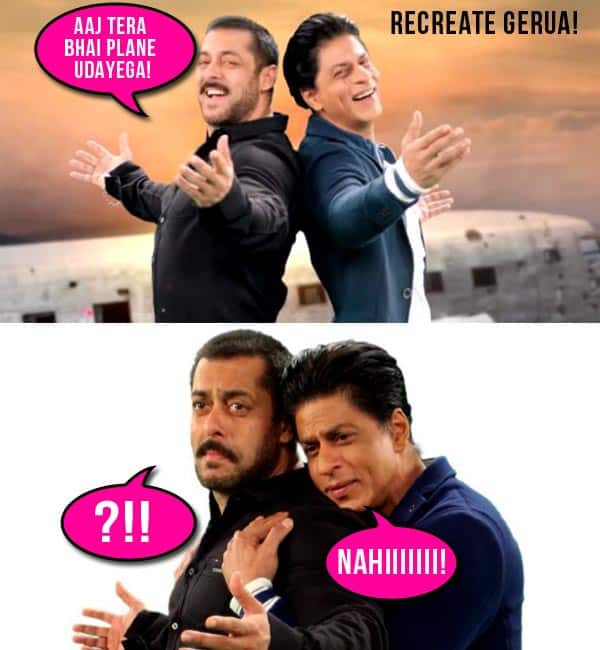 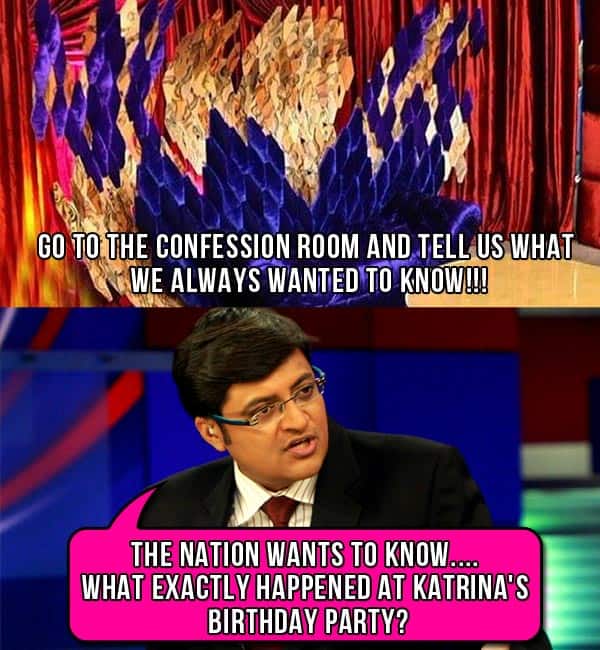