LOL Story of the day: What were Salman Khan and Shah Rukh talking about in their Sultan pose?

The actors discuss about injuries to Raees - Sultan clash to their budding friendship, before they get disturbed by someone 'close' to them!

How can Salman Khan stay away from a Shah Rukh Khan party? Since their strained friendship got another stab at rejuvenation, there has been no media interaction where Salman Khan has not been asked about SRK, and vice versa! Also Read - Happy birthday Sanjay Dutt: From Sadak to Khalnayak – the golden phase of Sanju Baba when he gave 16 hits before going to jail

So on Shah Rukh Khan's 50th birthday, both the actors decided to give their fans a special treat, and clicked a special pic, that broke the internet within minutes King Khan posted it on his Twitter timeline. In the picture, we see both SRK and Salman Khan in a headlock, which is apparently a nod to Salman Khan's upcoming wrestling drama Sultan. Another interesting fact is that Shah Rukh Khan's Raees is clashing with Sultan next Eid, so this pic could be a metaphor of that clash. But since both stars are smiling in the pic, we can definitely say 'All iz well!'! Also Read - Did you know? James Bond actor Daniel Craig had auditioned for THIS Aamir Khan starrer

But our mind ke keedays were wondering what exactly going on between these two, when they posed for this pic. And since we weren't present at the venue, we decided to make our own scenario as to what exactly must have transpired between these two, jab their foreheads met! Also Read - WTF Wednesday: Blaming Shilpa Shetty for Raj Kundra’s alleged crimes proves our inherent misogyny 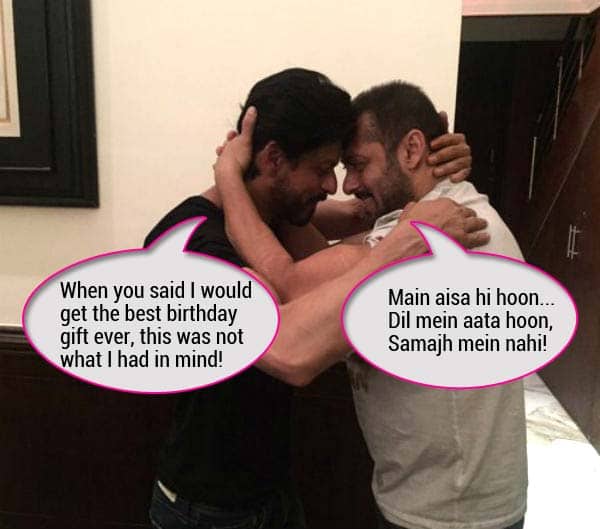 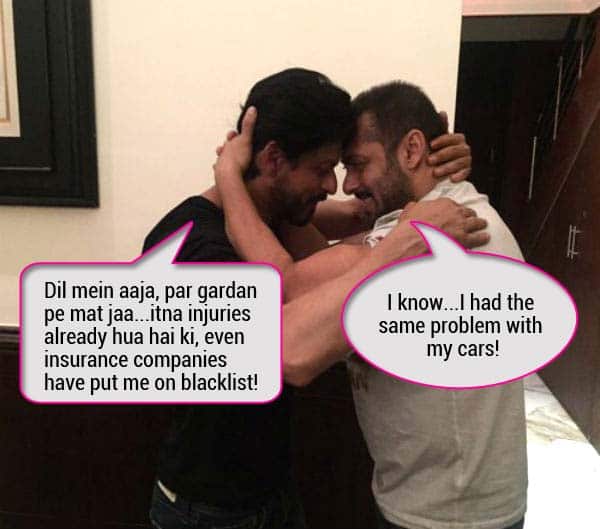 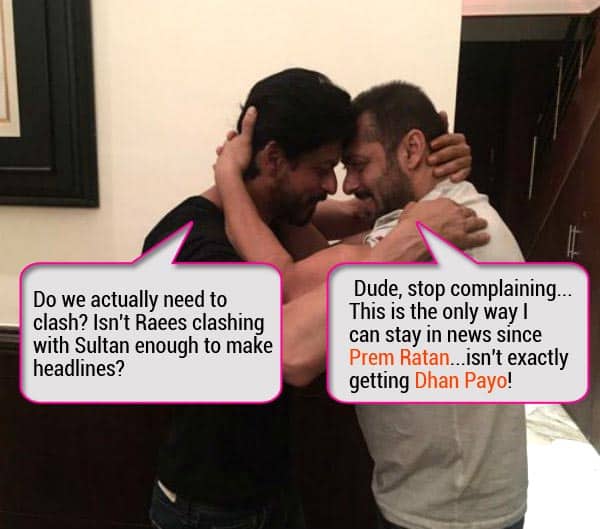 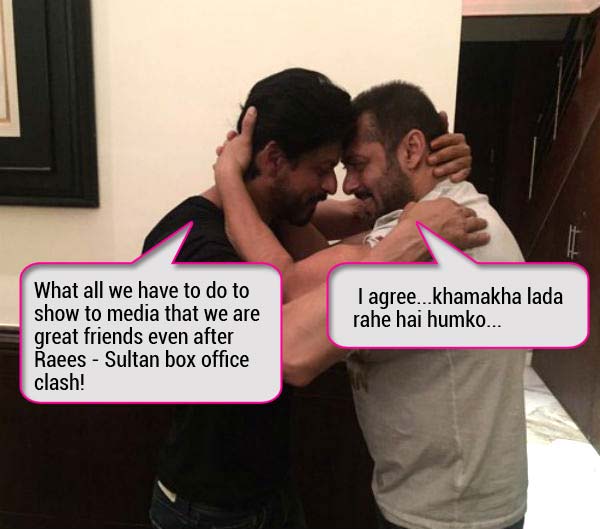 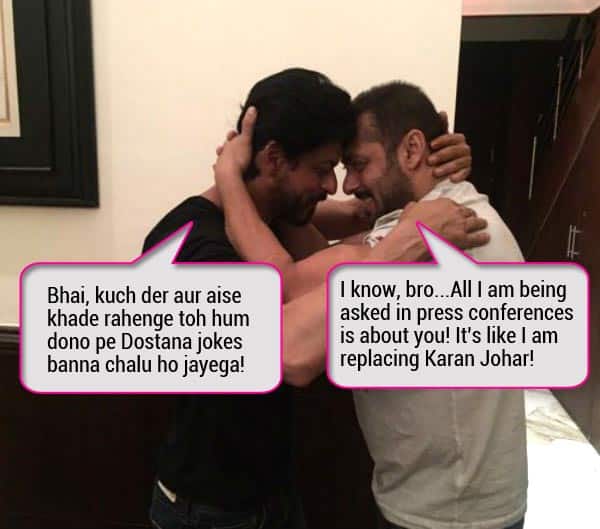 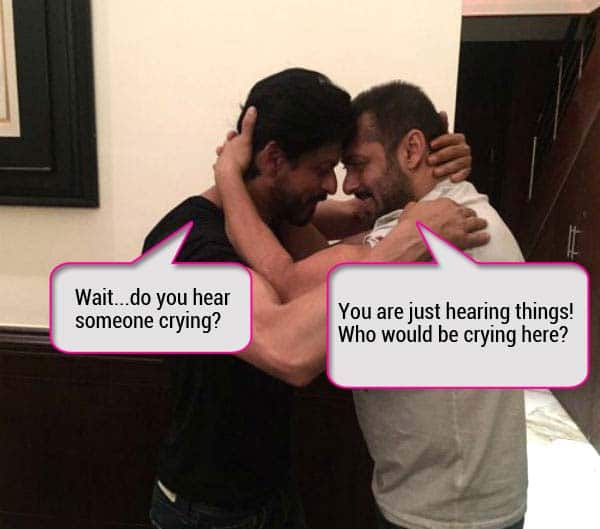