LOL story of the day: Why we will never get to watch the R-Rated magic of Deadpool thanks to Censor Board!

...and James Bond vouches for that!

A couple of months ago, one of the weakest Bond films, SPECTRE, got released in India. While the narrative of the film was boring and meandering, even the hope of watching Bond turn on his trademark charm and seduce women was screwed up...not by Sam Mendes, the director of the film, but by our beloved Censor Board! Also Read - Trending Hollywood news today: Alec Baldwin sued by Rust crew member, ARMY disappointed as BTS' Permission To Dance On Stage Live concert's online streaming gets delayed and more

CB, who thinks we are already suffering from overpopulation, are acting as the self-appointed contraceptive for the Government and chopping scenes left , right and centre, whatever or whenever they feel like! And this has definitely affected the release of so may Hollywood films in India, like for example, 50 Shades of Grey, didn't even bother to release in India (On second thoughts, seeing the weak content of the film, it could be a blessing in disguise! Also Read - These new OTT films and web series releasing on 12 November on ZEE5, Disney+ Hotstar and more should be on your binge-watch list

So when Deadpool releases in India this week, don't too excited. Deadpool is unlike any superhero movie you have seen from the Marvel or DC universe - it's a hard R-Rated movie, thanks to some inventive gory scenes, foul language, and nudity. See the red-band trailer below... Also Read - Trending OTT News Today: Nushrratt Bharuccha's Chhorii teaser is scary, Raveena Tandon's Aranyak teaser is mysterious, Jimmy Sheirgill's Your Honor season 2 teaser is gripping and more

The above trailer will give you a pretty much idea of how adult the film is, so please don't think of taking your kids to the film, thinking it's just a superhero flick like the X-Men. However, seeing what Pahlaj Nihalani and his Band of Brothers did to SPECTRE and how they turned it into a Prem Ratan Dhan Payo (which was way more risque than the James Bond movie, with talks of ' quality time' and Sonam Kapoor's self-orgasmic moment at the end of the Jalte Diye song!), we are sure even Deadpool will not be able to get out of this mess with his potty mouth!

Here are five pics that will definitely give you a clear idea of what's gonna happen to the film! 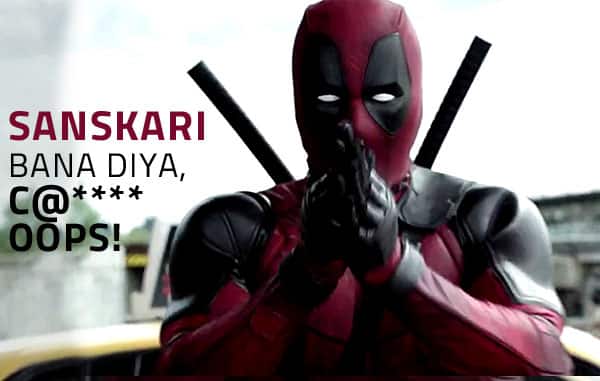 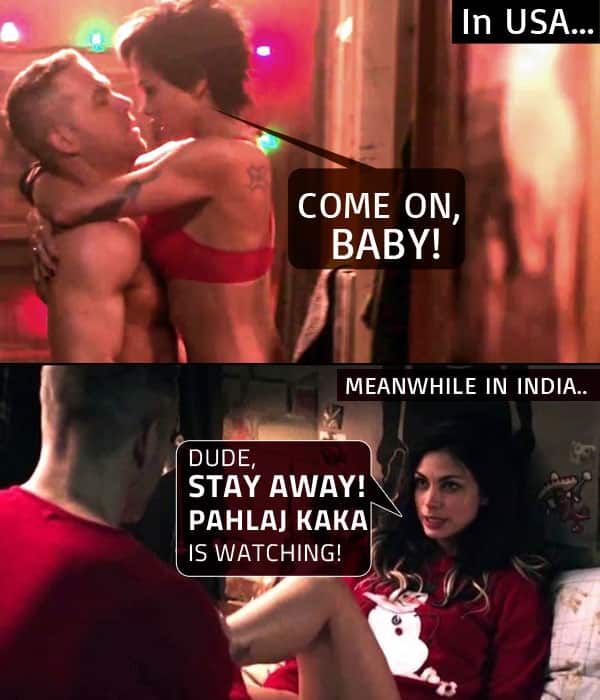 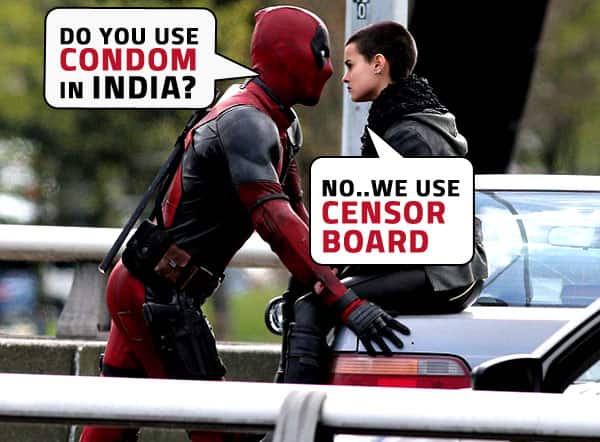 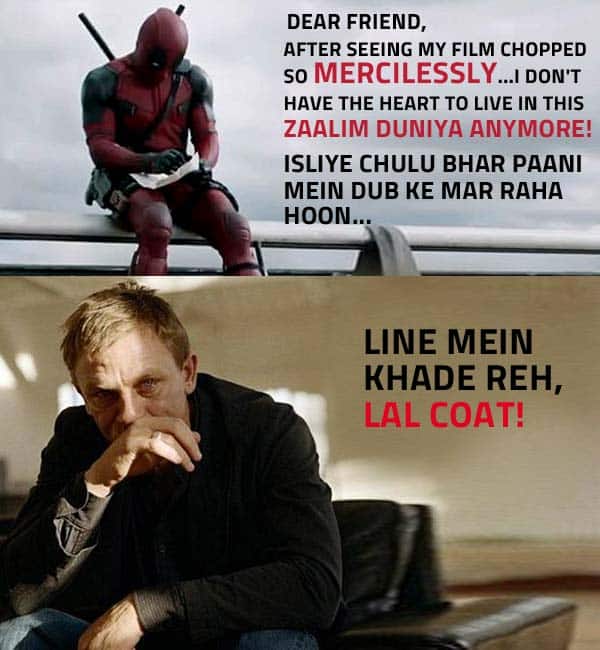