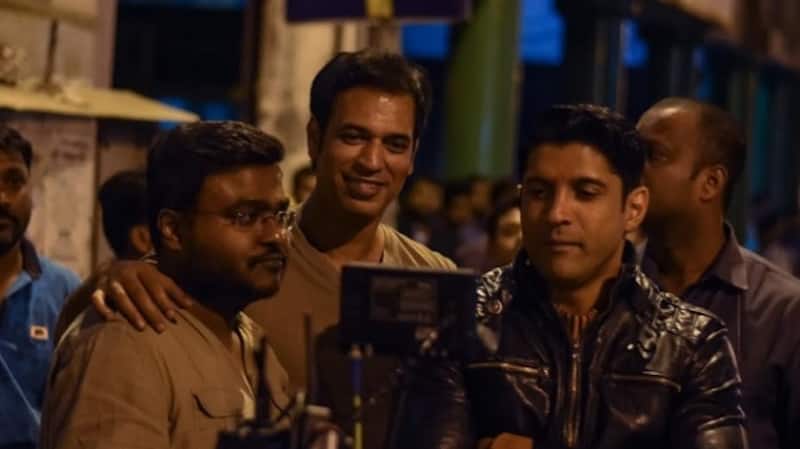 With various avenues of entertainment, filmmakers are going through a positive change of attempting experimental storytelling, says "Lucknow Central" director Ranjit Tiwari, who feels wooing the audience to cinema halls is becoming a bigger challenge. Also Read - Priyanka Chopra and bestie Lilly Singh enjoy Diljit Dosanjh's concert in LA; soak in all the Punjabi vibes as ladies dance to his tunes [WATCH]

His own "Lucknow Central", which released earlier this month, was based on a real life incident where five prisoners form a music band. It made for an unusual story in mainstream Bollywood. Also Read - Hrithik Roshan to Shraddha Kapoor: These 5 Bollywood actors are adventure junkies; here's proof!

Tiwari told IANS here: "I think the audience is ready to watch good and different stories which are a positive sign for people like us to experiment with storytelling. These days, people have ample avenues of entertainment; they are exposed to international stories on digital platforms. Also Read - Jersey star Mrunal Thakur flaunts curves in a pink bikini; shares how to curb midnight cravings

"So, they have to get a solid reason to come out of their house, step into a theatre, invest money and time for a film. It has to be that good. Bringing people in theatre is much challenging now."

Tiwari went through a lot of research work to know and unveil the world inside jail and lives of prisoners in the story of "Lucknow Central". As the film aims to give a message of reintegration of prisoners in the mainstream society, Tiwari shared an anecdote.

"When I started working with Prahlad (ad guru Prahlad Kakkar) many years ago, there was a girl with HIV+ who used to work with us. At that time, HTV+ patients were not treated with equality and it was a challenge for them to find their space in the professional world.

"But in our office, we never did that, and that is how I as an individual realized that if we want to make a change, this is how we have to start. In the film, I tried to establish the same thought," Tiwari said.