Lucknow Central had a lot going on for it - it has an interesting premise, based on a real-life incident. The cast is all excellent, led by Farhan Akhtar. But the reviews have been bad. 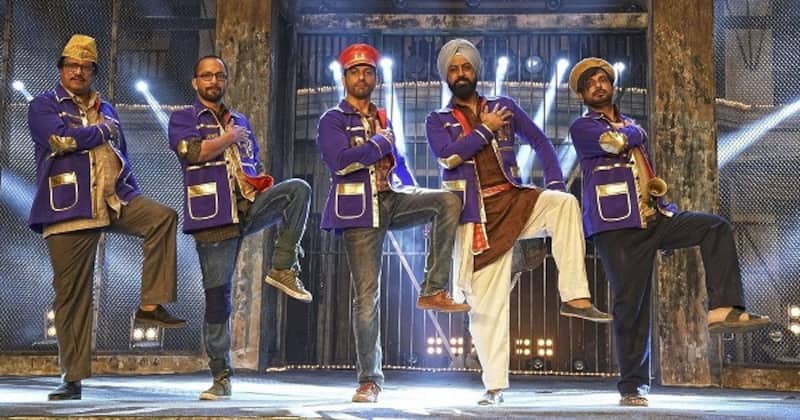 Ah, we had so much hope going on for this! Lucknow Central had a lot going on for it - it has an interesting premise, based on a real-life incident. The cast is all excellent, led by Farhan Akhtar. The songs were good (especially Rangdaari), and the trailer gave us a promising movie. Above all, it is coming out at a time when audiences are ditching superstar vehicles and are preferring movies with content at the box office. But alas! Also Read - Priyanka Chopra and bestie Lilly Singh enjoy Diljit Dosanjh's concert in LA; soak in all the Punjabi vibes as ladies dance to his tunes [WATCH]

Lucknow Central, a movie about prisoners forming a band within the jail premises, is directed by Ranjit Tiwari. The movie also stars Ronit Roy, Gippy Grewal, Deepak Dobriyal, Diana Penty, Rajesh Sharma and Inaamulhaq. When it comes to the premise, it shares a lot of similarities with last month's Qaidi Band. But the premise is not the only thing common about these movies. Both Qaidi Band and Lucknow Central have got similar critical reception, scathing ones at that. Here's what critics are saying about this week's release, Lucknow Central. While you are at it, also read our take on the movie - Lucknow Central movie review: Farhan Akhtar's band-drama fails to hit the right notes Also Read - Hrithik Roshan to Shraddha Kapoor: These 5 Bollywood actors are adventure junkies; here's proof!

"Any good escape film requires detailed plotting, however, and Lucknow Central is frequently stupid. The prisoners wanting to break out, to give you just one example, stash fake police uniforms in their drum set - even though their band doesn't ever play or practice with drums. The climax is so long and unending that it feels like it's taking place in slow motion, and because these scenes are set to a musical performance in the backdrop, the scenes put us in a fresh hell where the Selfie Le Le song never bloody ends. Damn this jailhouse schlock."

"Though Tiwari tries to pay tribute to Orson Welles and Agneepath in his own way, nothing actually gives Lucknow Central the sense of urgency it needs to look like a jail break film. The screenplay is not convoluted, but it’s not coherent either. It’s too simple a narrative to capture the audience’s imagination. We always know where it is heading. Lucknow Central fails to utilise its resources, especially Diana Penty, and loses out on a chance to become a really engaging film. Like Prison Break, it never reaps the benefits of a promising start."

"Very early in the film, one realizes that the suave Farhan is a misfit for a small-town Kishen. And that no matter how much his eyes speak of hope and despair at the same time, his Kishen remains underwhelming and unconvincing. Diana, as Gayatri, remains unexplored and it’s disappointing for two reasons. First that Diana’s potential as an actor remains untapped and second that while the narrative keeps her character at a high pedestal, her character build-up and screen time fail to render any validation to it."

"It is the supporting cast which is spot on, especially Sharma and Dobriyal: is there anything the latter can’t do? But more than anything else, it is the mawkish sentimentality which overcomes the story-telling. When it is not that, then we find our fine conspirators being much too dramatic. When will Bollywood learn the value of letting silence create drama? You don’t need to drown everything with background music: that is certainly not jailhouse rock."

"The film doesn't make any significant statements on the legal system or rehabilitation beyond tedious displays of violence or stray moments, like when the out-on-parole convicts realise they are unwelcome, unfit for the world that has moved on without them. Of course the harmless temper and measured fervour of Lucknow Central's key players insists they are not all bad."

Have you seen Lucknow Central? Do you agree with the reviews here?