Lucknow Central is based on a real-life incident and is about a group of prisoners who form a band inside the jail so as to escape from there. Farhan Akhtar and Diana Penty play the main leads in the movie. 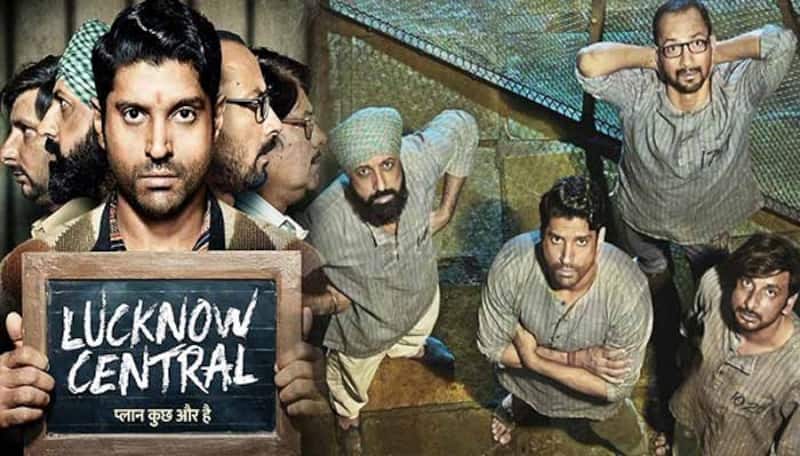 Lucknow Central, along with Simran, are the two big Bollywood releases of the week. Lucknow Central is based on a real-life incident and is about a group of prisoners who form a band inside the jail so as to escape from there. Farhan Akhtar and Diana Penty play the main leads in the movie, which boasts an eclectic cast. Here's all you need to know about the movie... Also Read - Priyanka Chopra and bestie Lilly Singh enjoy Diljit Dosanjh's concert in LA; soak in all the Punjabi vibes as ladies dance to his tunes [WATCH]

The Story and Trailer

Farhan trying to get his music heard but gets badly rejected. Then something happens and he lands in jail. Post that, he only hatches plans to run away from the jail and the best opportunity comes along when the prison is asked to prepare a band. That’s his cue and he assembles people to do just that. It looks gripping, especially because, Farhan will get ample support from the rest of the cast. We spotted Deepak Dobriyal in it and now we know why we will definitely watch the film.

Since the movie is about a group of prisoners forming a band, music has to be the core of the film and it has to connect with the listeners. Thankfully the soundtrack of Lucknow Central largely succeeds at that, though we miss an angst-filled rock number like Hulchul from Qaidi Band, a movie with a similar theme released a month ago. Still, the album is overall pleasant, and I will recommend it solely for Rangdaari.

Bareilly Ki Barfi actress Kriti Sanon took to twitter and shared, “Watched #LucknowCentral !!Love the film for its unusual concept that keeps u entertained with great performances! love the climax!” Ayushmann Khurrana also shared, “#LucknowCentral is a great mix of music, fun &thrill. Fav scene is when @FarOutAkhtar walks in with the Bachchan film playing and the climax.” Dia Mirza also took to Twitter and shared, “Saw #LucknowCentral last night. A film with such good intention and absolutely amazing performances by ALL! @FarOutAkhtar @DianaPenty

Since Lucknow Central is releasing along with Simran and both are small in their scale, this is what Akshaye Rathi, Exhibitor-Distributor has to say about them, "Both are interesting and have the potential to entertain the audience substantially, subjected to them being good films. Honestly, neither of them will open very big. Both the films will entirely depend on word of mouth. Both should open in the range of Rs 2-3 crore on day 1. They will essentially grow with word of mouth. Ultimately it’s all about which one has a better content and the one does, will grow over time and do well.”

Lucknow Central has an interesting premise and an equally interesting cast. The songs are good, and the early reviews are in favour of the movie. Like Akshaye said, the movie may take a slow start at the box office, but once the positive feedback pour in, the collections could pick up like what happened with Bareilly Ki Barfi and Shubh Mangal Saavdhan.