Lucknow Central quick movie review: Farhan Akhtar's film is an engaging tale of four convicts trying to make a band in the first half

Here's what the first half of Lucknow Central is all about... 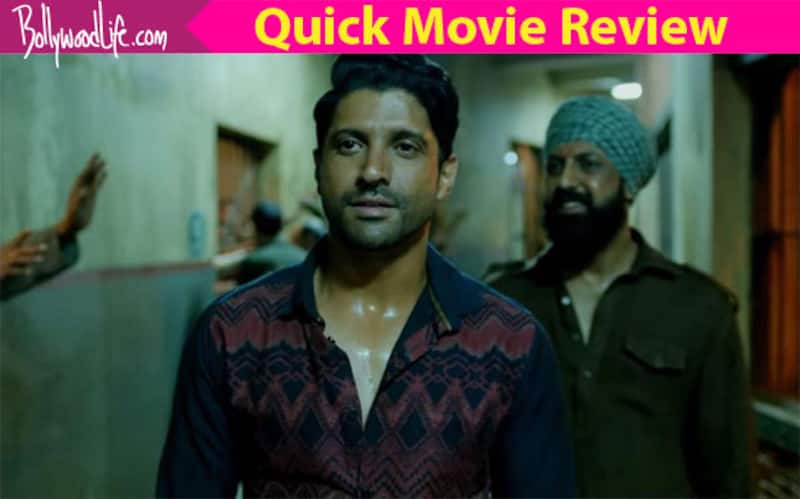 This Friday, we have Lucknow Central releasing which is based on four undertrials who choose a musical escape route from the prison. It stars Farhan Akhtar, Gippy Grewal, Diana Penty, Deepak Dobriyal and Rajesh Sharma. With a cast like that, you can expect the film to leave an impression on you. But then the story has already been seen in Qaidi Band before. Does that work as a disadvantage for the film? Our reviewer Ankita Chaurasia is currently watching the movie and as per her, the first half hasn't succumbed to that yet. Also Read - Good Luck Jerry movie review: Janhvi Kapoor starrer tries hard to be a desi Lock Stock and Two Smoking Barrels but gets locked in its stocky screenplay

Also read: Lucknow Central music review: This is no Rock On, but Farhan Akhtar’s jailbreak drama delivers thanks to a couple of terrific songs Also Read - Priyanka Chopra and bestie Lilly Singh enjoy Diljit Dosanjh's concert in LA; soak in all the Punjabi vibes as ladies dance to his tunes [WATCH]

She writes, "Farhan Akhtar's Lucknow Central has a slight disadvantage. It is releasing much after YRF's Qaidi Band, which was based on the same premise. But that in itself can also be an advantage for the film since the latter featured all newcomers and didn't really make much of an impact on the box office. Revolving around the lives of jail inmates, who form a band while in prison, Lucknow Central promises to be an engaging tale of music winning over all odds. And when you have an actor as versatile as Farhan headlining the cast, you can expect a riveting experience if nothing else. But does the film live up to the expectations?" Also Read - Good Luck Jerry: Here's how much Janhvi Kapoor, Sushant Singh and others charged for the upcoming OTT film

She continues, "Kishan Mohan Girhotra is an enthusiastic musician, who wants to cut his own CD and break into the world of bands. However, an unfortunate turn of events lands him in a jail on a life-term imprisonment.and to worsen things, he is now facing the fear of a death sentence. However, the silver lining is that there's a jail band competition coming up and that becomes Kishan's life purpose. Or is it? The band he has formed is also planning an escape from the jail. But seems like the jailer is in on it. Let's see as to if the infamous five members of the band manage to break free."