Madhuri Dixit is all ready with her next OTT movie Maja Ma. However, did she slam 90s stars like Shah Rukh Khan, Akshay Kumar? Here's what we know about the same. 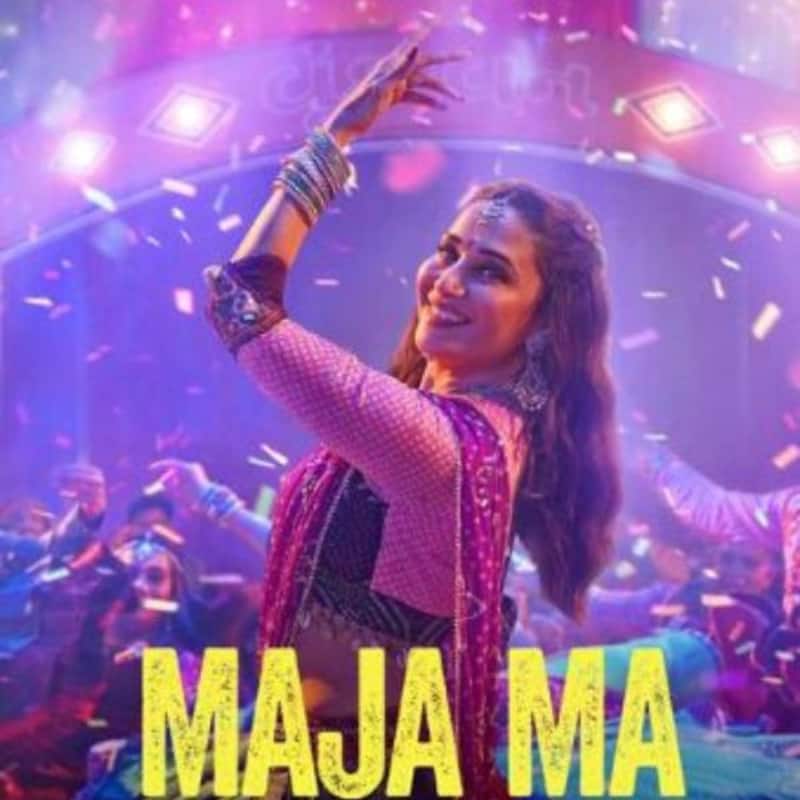 Madhuri Dixit is all set for her next OTT movie Maja Ma. The actress plays the role of a middle-class mom who has two children. It is a family entertainer movie which has been directed by Anand Tiwari. Lately, the actress spoke about how heroines from the 90s are doing challenging and evolved roles as compared to male actors. Also Read - Madhuri Dixit looks gorgeous in orange anarkali during the promotion of her first Indian original movie Maja Ma [Watch Video]

The actress in an interview, spoke about how women are more matured than men. She feels that one has to always use higher intelligence. She cannot blame the male actors as commercial movies are made in such a way, where the male stars have to sing and dance. They always look out for roles which keeps them young; the actress quipped to Indian Express.

She also spoke about how OTT platforms have helped heroines to get quality work even in their 40s. She feels that there are no restrictions in the OTT platform when it comes on making a good movie. The actress feels that story lines now have a matured plot and storytelling has become a matured process. This is because people are now preferring to consume better content. There have been many stories about women that have been created.

The trailer of Maja Ma showcases Ritwik Bhowmik’s character talking about his dysfunctional family apart from his mother whom he finds perfect. Madhuri plays the role of Pallavi Patel, a middle class Gujarati mom who is known to teach dance. Ritwik falls in love with an NRI girl and her parents agree to the match post a lot of drama.

Although, when Ritwik's engagement is to take place a rumour about Pallavi gets leaked. She is forced to look back at her past and realises that she is more than just a wife or mother to someone. The film also has Gajraj Rao who plays the role of Madhuri's husband in the film.