Madhuri Dixit's Bollywood entry will have to wait 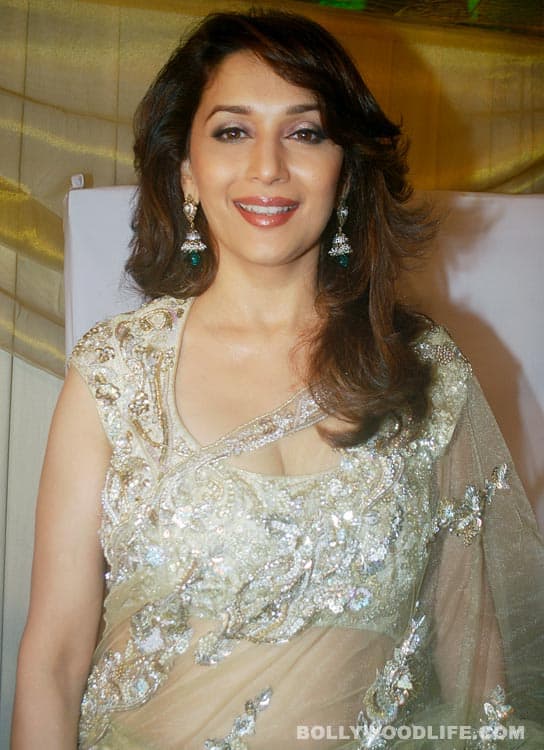 Will Madhuri Dixit feature in Ishqiya sequel or will she be seen as a judge on Jhalak Dikhhla Jaa again? Even as several rumours dog the actor's return to the arc lights, she hints that her fans will have to wait a little longer for her to make any official announcement

The 44-year-old was in town to talk about her association with dental care brand Oral-B as the Chief Smile Officer of its new campaign. When asked when she will be ready to spread her smile in tinsel town, Madhuri told "Well soon, not yet!" She is quite secretive about her work plans so far, but admitted she is adjusting well with her husband Sriram Nene, and two kids - Arin and Raayan. "Mumbai is treating me well. I am smiling, so yes, it's great," she said. Madhuri, who delivered memorable performances in Tezaab, Ram Lakhan, Saajan, Beta, Dil, Hum Aapke Hain Kaun!, Dil Toh Pagal Hai and Devdas, had shifted abroad after tying the knot in 2002 with US-based doctor Nene. But now she has relocated to Mumbai. Also Read - Asin gives a sneak peek into Arin's '3rd birthday pawty' celebrations and it's the most ADORABLE thing on the internet today

She accepted the role of a narrator to launch a new general entertainment channel Life OK!, and so there have been doubts if Sony Entertainment Channel will let her sit on the judge's panel for the next season of dance reality show Jhalak Dikhhla Jaa or not. For now, the lady with a million-dollar smile, is on a mission to spread healthy smiles across the nation through the Smile India Campaign. "I always spread smiles for the country wherever I go. But I want other people to do that more often. That's why I have associated with this smile movement. I have always been appreciated for my smile ever since I joined films and people have appreciated me for that. My fan base says that the best thing about you is your smile, and I felt this was a nice way to give back," said Madhuri. The actor says the pre-requisite for a good smile is good teeth, and people should brush twice a day, for two minutes each and visit the dentist every six months". Also Read - From Aarav Bhatia to Hridhaan Roshan and Hrehaan Roshan – 6 star kids and the international schools they’ve studied in