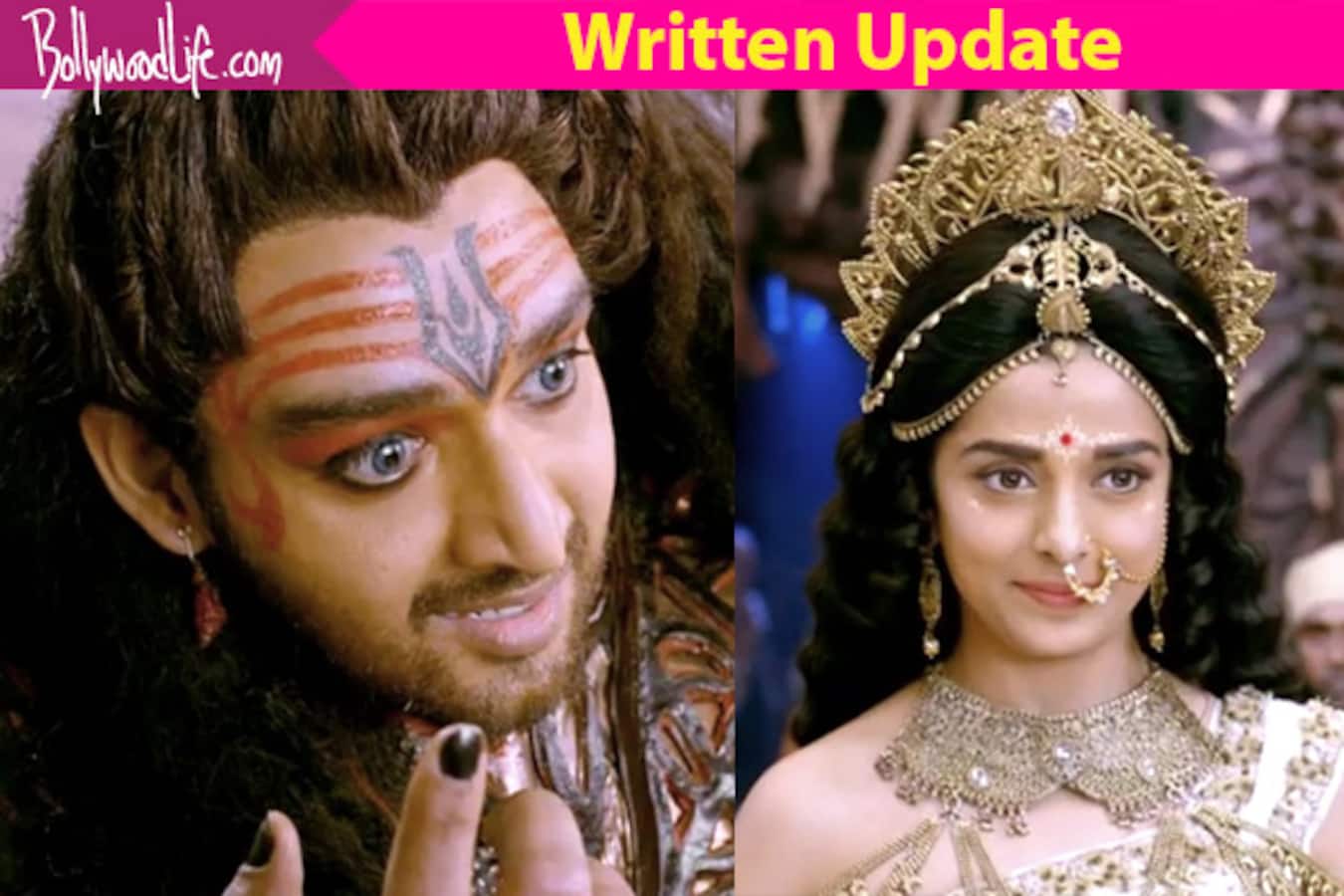 Mahakali -Anth Hi Aarambh Hai starts with Shiv(Saurabh Raaj Jain) stopping Kali(Pooja B Sharma) from taking Vishnu's life and asks her to give an ear to what Vrinda has to say first. Shiv invokes the spirit of Vrinda who appears before Kali and says that she was scared of losing her husband and therefore she was just supporting the misdeeds of her husband. She says that she understood the importance of Vishnu's deed. She says this was the result of her own fear and misdeed. Vishnu tells Vrinda that her purity is as it was and that from now on her devotion will precede his own. Vrinda asks Kali to forgive Narayan and take up her spirit into herself. Kali does that and then tells Narayan that she is just worried if Laxmi will ever forgive Narayan for this. Narayan seeks forgiveness of Laxmi but she refuses to speak to him. Also Read - Navratri 2022: Mouni Roy as Sati, Debina Bonnerjee as Sita, Pooja B Sharma as Mahakali; a look at TV actresses who aced in roles of Shakti

Parvati sits thinking about the generation of the fire of Shiv's anger. Shiv speaks to her and tells her that jalandhar will soon meet his end. Jalandhar sits by Vrinda's ash and he sees all of it. He is furious and also guilt ridden. He feels guilty to have overlooked Vrinda's love. He cries with guilt and anger. Jalandhar vows to destroy the devtas and also take Parvati away. Parvati warns the devatsa that a war is about to begin. Jalandhar reaches back before Ushana. Parvati asks them all to prepare. Ushana forbids Jalandhar for the war as he is scared aftewr his life. Jalandhar refuses to hear him. Shiv says that Jalandhar is born out of his fire of anger and so it would be difficult to win. Ganesh says that they are ready for anything. Parvati reminds Shiv that it is only him who can kill Jalandhar. Also Read - As Mahabharat's re-run gets a good response on Star Plus, Pooja Sharma aka Draupadi reveals the cheer-haran scene took 20 days!

Shiv says that during the war there would be a point where Jalandhar will be given a last chance to repent. Ushana says that he would support Jalandhar but he will not fight the Shiv family and he will take Vishnu. Narayan wins Laxmi over and she says she would support him. Parvati sits to find the weapon of destruction of Jalandhar. She sees Shiv open his third eye and burn the entire craetion. She asks Shiv how that can happen. Shiv asks her to find her own answers. Jalandhar meets Samudhra dev who asks him to drop his plan of attacking Shiv. Jalandhar blames him for not telling him the source of his birth and now trying to bind him in his order. Jalandhar collects Vrinda's ashes as Vrinda's father supports him. Ganesh and Kartikeyan seek Parvati's blessings for the war. The war begins the next day. Also Read - Nach Baliye 9 22 September 2019 Written Update of Full Episode: Saurabh Raaj Jain and Riddhima earn a high-five; Sandeep Sejwal dances alone

Vishnu says he may have to enter the war zone but Parvati forbids Narayan keeping in note what Vishnu did to Vrinda. Ganesh faces Ushana who refuses to move away from before Ushana as Ushana does not wat to face Ganesh. Shiv says that the main part of the war begins when Kartikeyan faces Jalandhar. Parvati refuses to let the world suffer for Jalandhar's foolishness. Vrinda interrupts her and asks her to finish Jalandhar's rage and not his body. As Nandi almost dies at the hands of Jalandhar Kartikeyan interrupts and takes over the war.